The $9 Million Question: Will Burlington Back Mayor Miro's Ballot Item? 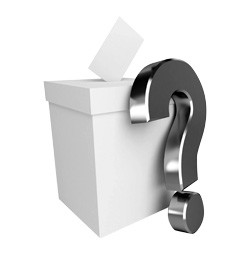 Burlington voters will in effect be answering that question when they go to the polls on November 6.

Ballot Item No. 1 is a yes-no vote on a proposed municipal bond that could be interpreted as a referendum on Weinberger’s performance after seven months on the job. He’s in full campaign mode as he seeks voter approval of the $9 million “fiscal stability bond” that would consolidate debt stemming from the BT fiasco into a single, 15-year financing instrument.

Adding to the political drama is opposition from Kurt Wright, the Republican mayoral candidate who lost by a landslide to Weinberger in last March’s election. The New North End state representative only garnered 37 percent of the vote to Weinberger’s 58 percent.

But 58 percent won’t be enough to win it for Weinberger this time. As is the case for all Burlington bond proposals, the Democratic mayor’s initiative requires a 66.6 percent majority to pass. And that’s “a very high bar to clear,” observes City Council President Joan Shannon, (D-Ward 5).

Winning a two-thirds vote for the bond item is “very important to me,” Weinberger affirms. That could explain why he scheduled a Saturday interview at 6:30 a.m. to respond to criticisms from Wright and others.

It’s essential, Weinberger argues, for the city to stop relying on short-term borrowing — which he likens to “credit card debt” — as a means of financing its basic operations. The city has turned repeatedly to the short-term lending market to fill a $17 million “hole,” the result of a still-outstanding loan the Kiss administration approved for Burlington Telecom from the city’s cash pool.

The practice of spot borrowing to keep city services functioning is one reason Moody’s Investors Service steeply downgraded Burlington’s credit rating last June. And Moody’s might well consign the Queen City to the bond market junkyard within the next six months, the mayor warns. Voters can defend against that possibility by allowing him to take out what amounts to a $9 million loan with a 15-year payback at an interest rate of 5 percent, Weinberger suggests. That will result in a 2.3-cent city property tax hike — the equivalent of an additional $58 a year for the owner of a $250,000 home.

Burlington voters are already being forced to pay higher property taxes due to increases in interest rates on existing bonds — a result of Moody’s lowering the city’s credit rating, Weinberger points out. By approving the long-term borrowing on November 6, voters will be saying that “the people of Burlington are serious about restoring their city’s good name,” the mayor declares. Being assigned deadbeat status is “beneath us,” he adds. “It would be as though we were some dying Rust Belt city, rather than the dynamic, wonderfully livable place we know Burlington to be.”

Weinberger has mobilized political and business leaders in support of his fiscal stability bond. The city council voted 13-1 to place the item on next month’s ballot. Attorney John Ewing, the former president of Bank of Vermont, agreed to help lead a $15,000 fundraising drive to finance a postcard and Facebook campaign in favor of the bond. Ewing, who endorsed Wright in the mayoral race, says the city’s business community supports Weinberger’s move to address “a very serious situation.

“Kurt’s wrong on this one,” Ewing adds in regard to his fellow New North Ender.

George Thabault, a former Progressive city councilor who now advises Weinberger, suggests that the push in favor of the bond should be sufficient to assemble the needed two-thirds majority. The bond proposal “seems to be getting a good reception,” Thabault says. “There’s no organized opposition to it.”

Wright, who’s running for a seventh term in the Vermont House, isn’t leading a charge against the bond, but he does want it known that he’ll be voting “no” on this item.

Paying the city’s bills through short-term borrowing isn’t such a bad thing, Wright argues. He notes that the interest rate on these loans is only 2.5 percent — which, by the city’s own calculations, amounts to $500,000 a year in interest payments. That’s a lot less than the $900,000 the city will have to pay as debt service in each of the next 15 years on a fiscal stability bond that carries double the interest rate of the short-term loans.

“This wasn’t well thought out,” Wright says. “It wasn’t thoroughly debated the way it should have been.”

Progressive Ward 3 City Councilor Rachel Siegel nevertheless criticizes Weinberger for coming to the council with a fully formulated plan that didn’t leave much room for input. Siegel says she will vote yes on the bond item but questions whether the mayor developed it in a way that “promotes transparency.”

“I don’t know how we could have been more transparent,” the mayor responds. “We met with the councilors in advance, we brought in the [city’s] auditor to lay out why we wanted the bond, we gave PowerPoint presentations on it.

“We’re putting enormous effort into rebuilding the relationship with the council,” Weinberger adds while seated at a conference table in his third-floor office. “I can’t count how many times Rachel and the other Progressives have been here to talk about issues.”

As for Wright’s objections, Weinberger suggests that the historically low 2.5 percent interest rate on short-term loans could rise sharply in the coming months or years. If that were to happen, “the city would be thrown into an enormous crisis,” he says. “We can’t put ourselves at that kind of risk.”

The $900,000-a-year payment on the fiscal stability bond covers principal as well as interest, whereas the $500,000 annual payment on short-term debt only pays interest, Weinberger points out. “We’ll be accruing equity each year,” he notes. “This will save us dramatically in the long run.”

Siegel poses the possibility that some voters may view the bond skeptically because it will not result in any physical construction or tangible improvements. For that reason, it’s a form of bonding without precedent, she observes.

Weinberger does not dispute Siegel’s assessment, but asserts that due to the BT bungle “the city finds itself in an unprecedented situation.” He adds, “This administration is making progress on a large number of physical projects.”

Backers of the bond have made their own task more difficult, Wright maintains, by “rushing to put it on the ballot in November.” City voters won’t pay sufficient attention to this item, he says, because “the presidential election eats up all the oxygen.” Weinberger would have been wise to wait four months to bring the bond to voters on Town Meeting Day, Wright says.

The mayor calls that an “old-school critique.” Vermont isn’t a battleground state such as Florida or Ohio where the presidential contest might indeed overshadow municipal ballot items, he says. With Moody’s “watching us all the time,” Burlington literally can’t afford to wait until March to move to “sounder fiscal footing,” Weinberger argues. “This isn’t something we should punt into the future.”

Turnout in March is almost always lower than in November, Thabault notes, with spring elections attracting a higher portion of older property owners who “might be a little more cautious” in regard to fiscal initiatives.

The vote on the fiscal stability bond comes down to “a matter of trust,” Thabault says. “People elected the mayor to resolve some big problems, and this is an attempt to do that. We’ll see how it turns out.”