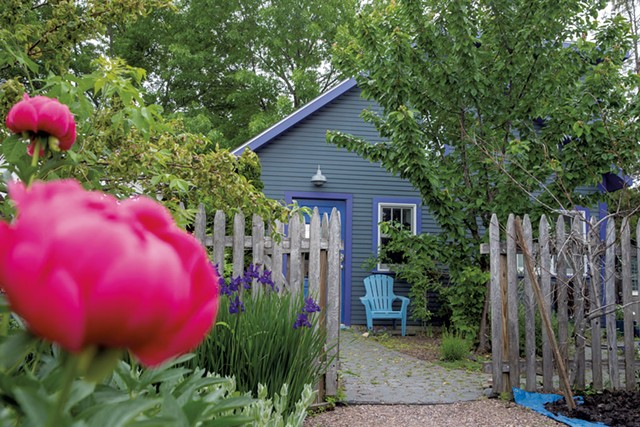 If you didn't know it was there, you'd most likely miss the little house at 32 Peru Street. Ditto the diminutive dwellings at 31 North Union, 79 Lakeview and 52 Ward in Burlington's Old North End. All are sandwiched between or tucked behind larger, more imposing properties in the Queen City's most diverse and densely populated neighborhood. 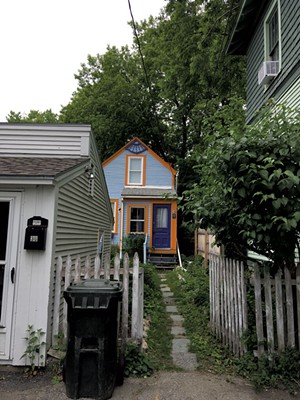 Not only are these hidden homes adorable, but they typically go unnoticed by all but the most observant pedestrian — and, of course, anyone delivering packages or the U.S. mail.

I've been intrigued by Burlington's tiniest abodes since I moved here, carless, almost 40 years ago. By the time I got my first wheels, at 28, I'd had four different addresses in the ONE and racked up countless miles — on foot — between Manhattan Drive, North Avenue, and Pearl and North Willard streets.

Now living on Lakeview Terrace, I seek out my old haunts for an intimate look at the city's starkest contrasts: a house overflowing with unruly students beside a place with perfect peonies and an American flag.

You see all manner of humanity and lifestyles in Burlington's ONE. And the slower you stroll, the more you observe, whether it's backyard businesses, award-winning gardens, Little Free Libraries or a garage full of vintage Volkswagen Beetles. 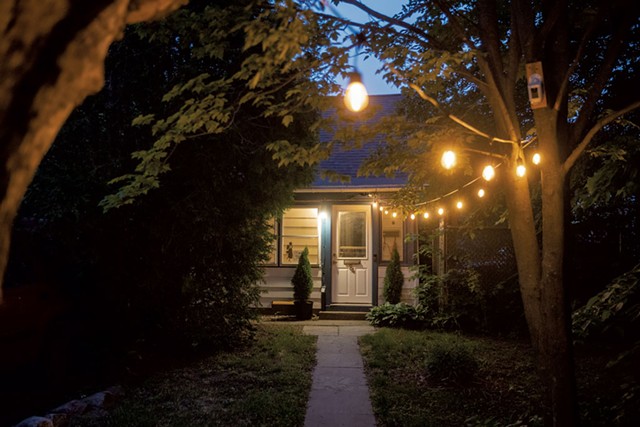 I like to see where people live — the funkier, the better. Behind a classic Victorian, you might find a multiunit, two-story apartment building that looks like a converted motel. Many single-family structures have been carved up into apartments; others have been added to — artfully or not.

My soft spot is for the freestanding structures with a separate address — preferably with a 1/2 added — that are hard to see from the road. For example, the three-bedroom house at 44 Pitkin Street partially hides another dwelling almost as large, 42, on the same lot. Both were constructed in 1899, according to the City of Burlington's property database. 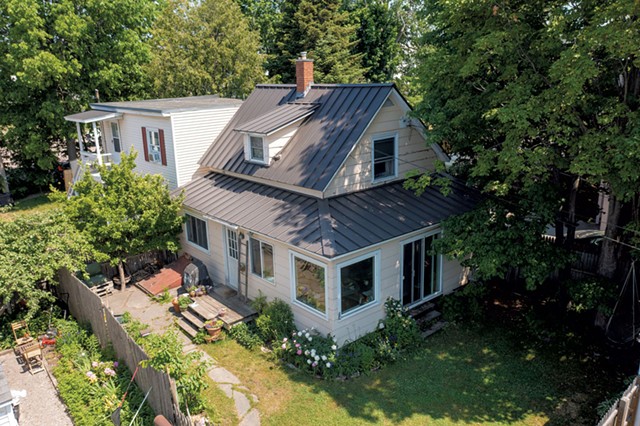 The modest house at 37 Crowley Street, at the end of a long dirt lane, looks like something out of rural England. Nearby, the owners of 204 1/2 North Avenue park their cars in a neighbor's driveway and walk to their cozy, off-road home. They are surrounded on all sides by other properties — and, not surprisingly, by a sturdy fence. 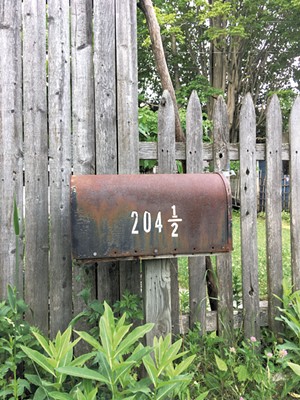 Good neighbors are essential in such tight quarters. One came out of her home to ask why I was studying 39 Blodgett Street, which looks to be powered by a solar array more than twice t

he size of the house. Another asked a similar question as I walked up the driveway to 31 North Union Street, a miniature cape with an octagonal front window. Once informed of my "project," she went from suspicious to cooperative.

Almost everyone I encountered directed me to another tiny "second home" candidate. I found the largest concentrations on Pitkin and Peru streets.

Wondering if there might be an easier way to locate such dwellings, I made inquiries. "There's not a single map that would show these by themselves that I can think of," Burlington planning director David White replied in an email. 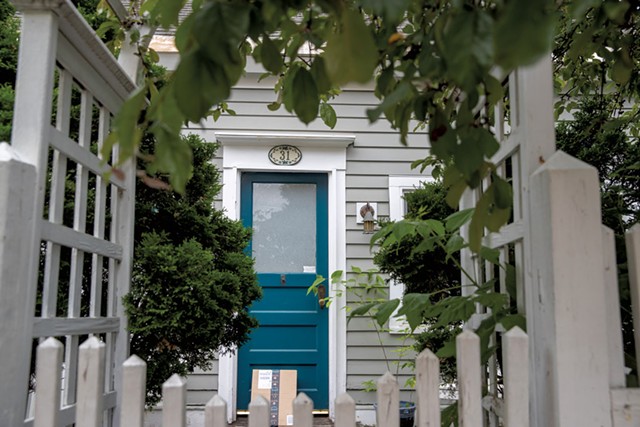 In addition to the city's searchable property database, he pointed me to Google Maps and the Vermont Interactive Map Viewer, which "allows you to see these buildings in relation to parcel lines to confirm that it is indeed a second building on a lot."

Frankly, though, I found that walking and looking is a lot more fun. A little "street sleuthing," as White dubbed it, goes a long way.