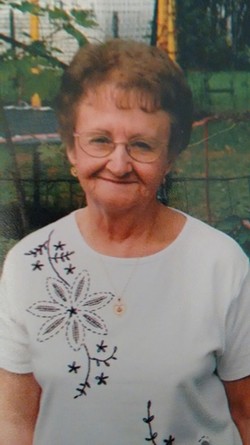 She was married to Gordon E. Elwood, who predeceased her on January 4, 2015. They both lived many years in New Milford, Connecticut before returning back to reside in Swanton, Vermont for many years.

She is survived by a daughter Diane Jones and husband Tim of Florida, a son Bob Mott and wife Robin of RockHill, South Carolina, a daughter Debbie-Lee Wells and husband Rick of Poplar Bluff, Missouri, and a son Steven Cross of Winooski, Vermont. She leaves several grandchildren, great grandchildren and many nieces and nephews. One brother Pete Ashline and wife Dorine of Vermont, sister Gloria Donaghy and husband John of Florida, a sister Betty Ann Blodgett and partner Larry also of Swanton, Vermont.

She is sadly missed by those who loved and knew her, but will remain in our hearts forever!

Arrangements are under the direction of Champlain Cremation, champlaincremation.com.