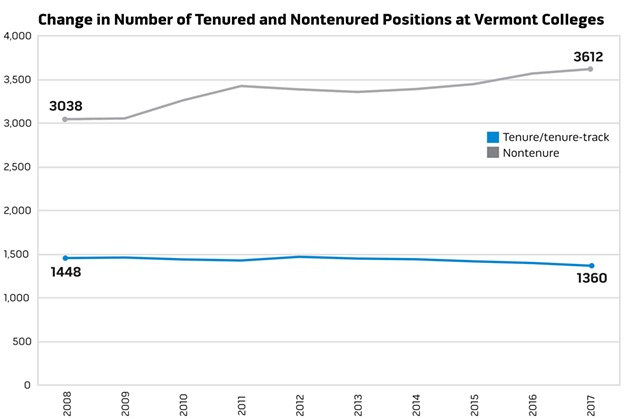 Vermont Law School professor Peter Teachout said he knew the institution's financial condition was dire but still felt "total shock" when the school presented him and other faculty with a stark choice in May: Give up tenure and accept a two-year contract with a large pay cut, or be fired July 1.

Teachout accepted the controversial deal, which stripped tenure from 14 of the 19 professors who possessed the coveted status at the small private law school in South Royalton.

The radical change made headlines as a threat to a hallowed academic tradition. Tenure typically confers a permanent appointment, generous pay and free speech protections meant to buffer faculty from meddling politicians, overbearing administrators and, in some cases, the complaining public. It isn't easy to come by, though. Colleges increasingly designate fewer teaching jobs as tenure track and often require academics to toil for seven years before tenure is granted.

Critics of tenure say it creates academic deadwood and protects inept teachers who conduct pointless research or press their personal politics on students. Others point out that tenure, love it or hate it, doesn't always live up to its mission to protect free speech. One of Vermont's most notorious examples of McCarthyism took place in 1953, when University of Vermont trustees voted to fire professor Alex Novikoff, a former Communist. He had tenure.

What's happening at Vermont Law School is part of a trend across higher education. The percentage of tenured and tenure-track employees in the academic labor force nationally dropped from 45 to 30 percent between 1975 and 2015, according to an analysis of federal data by the American Association of University Professors.

In Vermont, many colleges, particularly smaller ones, don't offer tenure at all. Of the state's 21 institutions of higher education, 11 do have tenured faculty, according to U.S. Department of Education data.

In 2008, 32.3 percent of college instructors in Vermont were tenured or on a tenure track, federal data show. By 2017, that percentage had declined to 27.4, with 88 fewer such positions.

Meanwhile, the total number of instructional staff increased — suggesting that nontenured faculty members were being tapped to do more and more.

With numerous Vermont colleges facing deficits, declining enrollment and accreditation woes, some worry the state's tenured workforce will shrink even more in the coming years.

That's a real danger, according Tom Streeter, a professor of sociology at the University of Vermont and president of United Academics, a labor union that represents 700 faculty members.

"If Vermont Law School continues on this course, I worry that other schools are going to look at this and say that's a model to follow," Streeter said.

At UVM, the largest college in the state, 53.8 percent of instructional staff had tenure or tenure-track status in 2008. That percentage declined to 36.9 by 2017, U.S. Education Department data show.

At the law school, Teachout and others are fighting back. The constitutional law professor is a prominent foe: He is the father of Zephyr Teachout, the Democrat who has run unsuccessfully in New York State for attorney general and governor, and husband of Vermont Superior Court Judge Mary Miles Teachout.

With support from other faculty, Peter Teachout urged the American Association of University Professors to investigate the decision to strip professors of tenure. The AAUP announced it would do so in a statement last month that contended the law school had "eviscerated" protections for academic freedom and violated standards for shared governance.

Not so, according to law school dean and president Tom McHenry. He said he welcomes the AAUP investigation and believes that the faculty was properly consulted about the changes in tenure, in accordance with academic norms.

The school faced a $2 million deficit this year that has been largely eliminated because of the restructuring, he added. "The actions we took were entirely appropriate given our financial situation and our programmatic needs," McHenry said.

In July, the United Academics executive committee at UVM issued a resolution criticizing the law school's tenure cuts. Last week, Streeter suggested that McHenry's approach will drive out independent-thinking faculty. The school obviously needed to make cuts, but not the way it did, Streeter said.

"I think the current administration sort of imagined it's like doing layoffs at a factory," he said. "Universities are not factories. Students are not going to pay tuition to a school like Vermont Law School if they find out they are being taught by people who are working like they are on an assembly line."

Streeter also sounded off about the nondisclosure and nondisparagement clauses that were part of the agreements signed by faculty, including Teachout.

The clauses were standard language for business contracts and not meant to curb freedom of speech, McHenry said.

Teachout disagreed. He said many of his colleagues are afraid to speak candidly for fear of being fired. Even Teachout is careful about what he says: He declined to state the size of his pay cut, for example.

"The nondisclosure agreement, whatever the dean says about it, hangs like a sword over your head," Teachout said.

Some faculty, though, defend the restructuring. "Tenure is not a promise to maintain a person's employment, under any and all circumstances, forever," said John Echeverria, who is among the school's professors who still have tenure. "The school needed to take bold action, and it did. There was no way to right the ship financially without affecting people with tenure."

That said, Echeverria hopes the law school will return to a greater use of tenure in the future. But for now, he said, he believes the steps taken were the right ones. His hope "is that we went through a one-time restructuring process and that it's behind us."

First-year law students total 198 this year, up slightly from last year, according to McHenry, and total enrollment is steady at around 600, he said. On Reddit and other chat boards, though, some prospective students are asking questions about whether the school will go out of business. They use words like "death spiral" and question whether the school's much-touted No. 1 environmental law program ranking can make up for its No. 133 overall ranking on the U.S. News & World Report's 2019 Best Law Schools list.

Still, McHenry said that a national uptick in law school applications is helping Vermont's only law school attract new students, as is its continuing commitment to environmental and social justice law.

For current students, it's been a tumultuous time. Third-year student Angela Sicker of Erie, Pa., said some of her favorite professors left over the summer, and she fears more could be on the way out. "It's still not clear who's staying or leaving," said Sicker, a student trustee on the law school board.

But the general climate this semester is good, and the belt-tightening will help the school to survive long-term, she said. Tenure has its downside, Sicker added, observing that it "breeds complacency."

The restructuring in Royalton is drawing attention even at Vermont colleges that don't offer tenure, such as Champlain College in Burlington. "I think what's happening at Vermont Law School is a fairly dramatic course of action that is probably going to be really appealing to a particular kind of market logic, a 'Let's run this university like a business,'" said Mike Kelly, associate professor of rhetoric and past president of the faculty senate at Champlain. 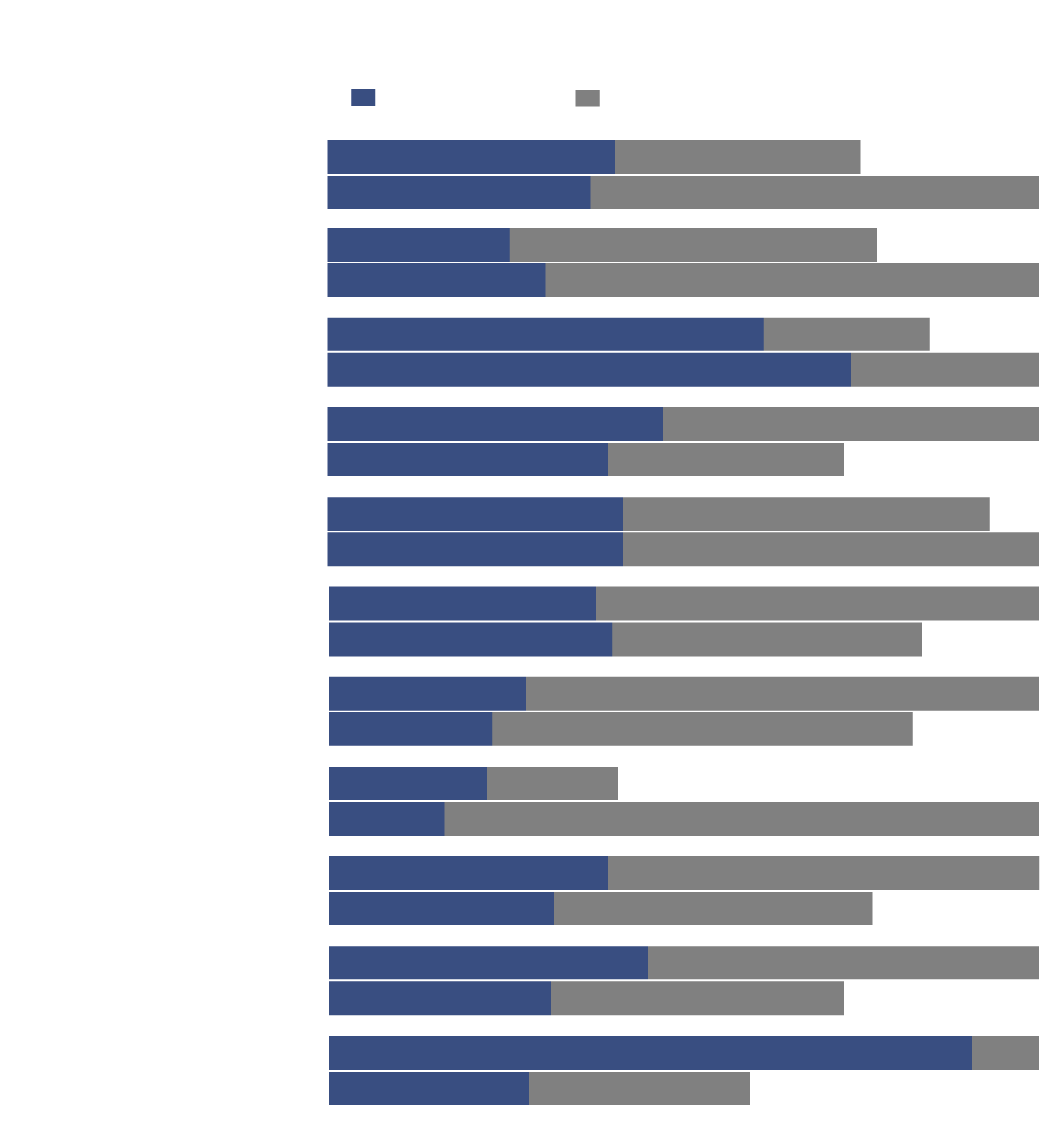 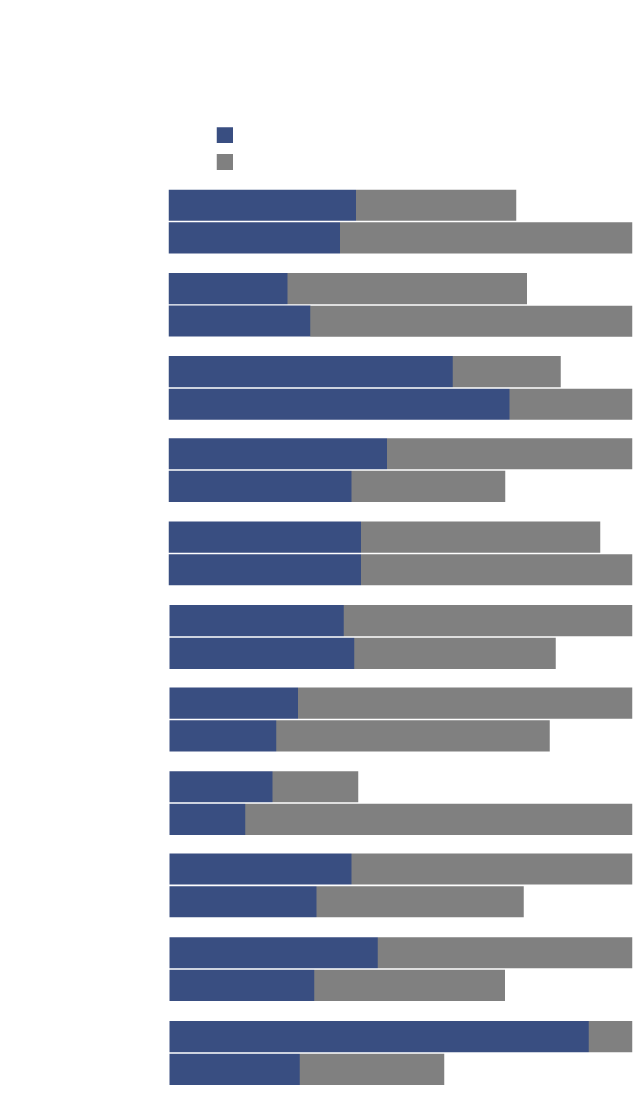 Change in Instructional Staff at Select

He believes that reasoning has helped define Champlain in the eyes of donors who embrace its upstart image. "We're this scrappy underdog place who's not beholden to the snooty ivory tower, and we say, 'Look, we don't have tenure.' It's been a historical point of pride for Champlain," Kelly said.

Kelly, however, said he believes tenure is important. Champlain's lack of it sometimes makes recruiting more difficult, he said. But the school has improved its employment terms for professors, he noted; in 2015, the administration agreed to lengthen employment contracts to six years for full professors, four for associate professors and two for assistant professors.

That fosters stability and security, said Kelly. Tenure would certainly further help, he said, but with enrollment worries pervading higher education, this is not the right time to push for it at Champlain. "The shrinking New England demographic is starting to become more and more real," Kelly said. "Lots of expensive, small [private colleges] are competing really, really hard by offering these hugely inflated and not sustainable [tuition] discount rates to get people in."

In this pressure cooker of competition for students and tuition, it's unclear how much sway the AAUP might have as it investigates Vermont Law School's decision. It will send a team of three to interview faculty and administrators on the campus later this month, and to issue a report. The association is not an accrediting body. So it doesn't have the big stick accreditors can wave — that is, the authority to remove accreditation and, with it, the all-important flow of federal student aid dollars.

But the association is an influential organization that established the tenure principles in place at many universities across the country. If it adds Vermont Law School to its list of sanctioned institutions, the law school's reputation could suffer a black eye, said Anita Levy, the AAUP senior program officer directing the inquiry.

And while some cheer the demise of what they consider an archaic institution, people such as Streeter insist it's vitally important.

Tenure protects more than jobs, he said: It safeguards the pursuit of truth. "I think the world needs disciplined, free inquiry," Streeter emphasized. "And universities, for all their flaws, provide that better than just about any institution in our society."