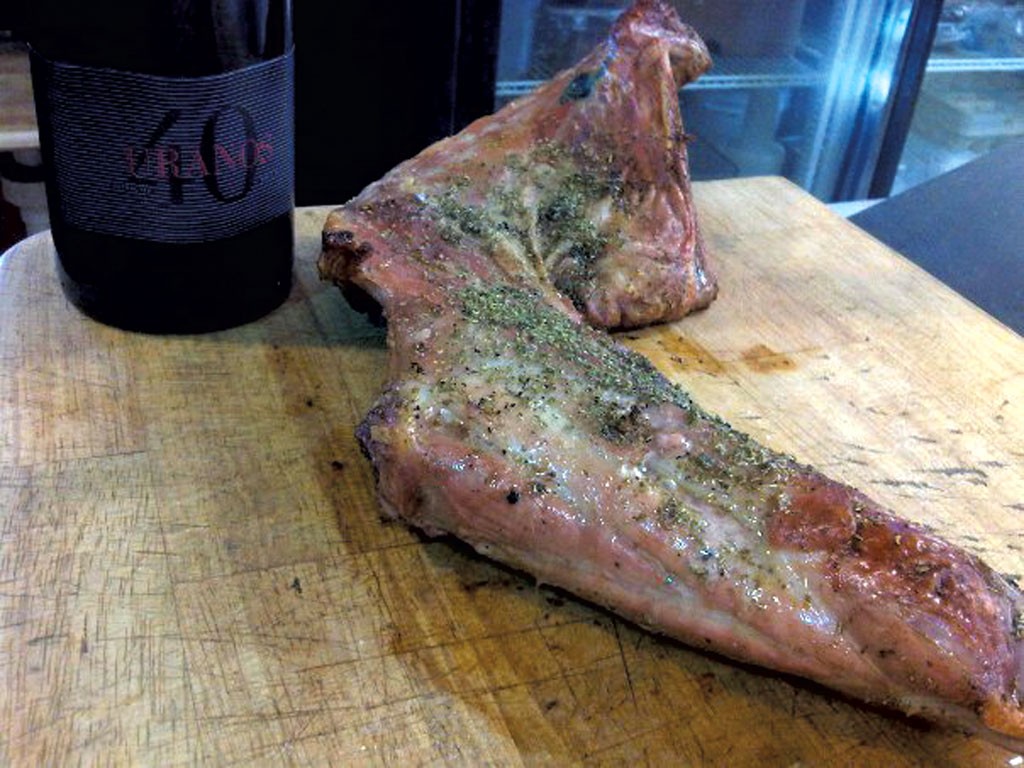 The space that housed French restaurant Café Shelburne from 1969 to the final night of 2014 now bears little resemblance to its former self. The carpets have been replaced with wood floors. Lamps from Conant Metal & Light illuminate the ocean-blue walls. When Taverna Khione opens in early April, refurbished wood tables will give the dining room a rustic Greek feel.

Yes, Greek. Since early February, chef-owner Marc Provencher — who recently sold his Greek and Italian restaurants in Maine to his former business partner — has been hard at work inside 5573 Shelburne Road, preparing to launch what may well be Vermont's first traditional Greek spot.

Diners shouldn't expect the street foods, such as gyros or souvlaki, that typify American Greek fare. Instead, they can plan on supping on ultra-seasonal dishes. "If people are coming in here looking for moussaka, they're not going to get it," says Provencher. "I'm sure there will be customers who want Greek salad. You're not going to see that until August when tomatoes are in season."

Except for a few basic dips such as tzatziki and skordalia, the menu will undergo a complete transformation every four weeks. "The traditional Greek, Mediterranean way is to do seasonal and local and not preach about it," Provencher explains.

Besides a bar stocked with 30 Greek wines, draft beers and spirits such as ouzo, the only major component of that menu not made in Vermont will be the seafood. Provencher plans to serve whole grilled fish, fish stews, octopus and sardines. Calamari will be grilled, then braised for optimal tenderness.

The chef expects Vermonters to be unfamiliar with much of his resolutely Greek menu, in which lamb, goat and rabbit will take places of honor. "Whether it's lamb chops or leg or a stew made out of lamb necks, we'll use every cut of lamb," says Provencher, adding that liver, heart and kidneys will also feature in traditional dishes. On April 12, he'll spit-roast an entire lamb for Greek Easter.

Throughout the year, Provencher plans to spit-roast goats and hold wine dinners to educate oenophiles in the pleasures of the restaurant's Greek vintages. Most have never been served before in Vermont, he says.

The taverna is named for the nymph Khione, the Greek goddess of snow, but the frost will doubtless be giving way by the time it opens its doors. All the better to tempt guests with seasonal foods as they emerge from the long chill.

The original print version of this article was headlined "Taverna Time"