Referencing a certain Roald Dahl classic is only natural when discussing South End Kitchen. After all, the new Burlington breakfast-and-lunch spot is flanked on one side by bean-to-bar Blue Bandana Chocolate Maker and on the other side by a culinary classroom featuring instruction in chocolate making (see sidebar). Parent company Lake Champlain Chocolates displays its products all over the café, from chocolate chips on sale in the small retail area to squeeze bottles of mole hot sauce with which diners can douse their meals.

The 8,500-square-foot former Sondik Supply building has been transformed into a chocolate-y wonderland. But diners at the fireside tables or long communal counters can choose from plenty of savory fare, too.

Executive chef Sarah Langan, a former New England Culinary Institute chef-instructor, has instituted a hyper-homemade ethos. The Kitchen's breads, pasta and even mozzarella, ricotta and crème fraîche are crafted in-house. Even in locavore, from-scratch Burlington, that's an exceptional commitment to freshness — but it comes with drawbacks. Creating a new menu each day for both meals is a major hurdle. In the three meals I had at the new Pine Street hot spot, the kitchen's difficulty balancing those demands manifested often, though not always, as a deficiency of flavor.

At my first repast at the month-old restaurant, I sampled the weekend's all-day brunch, including a pair of crêpes filled with housemade lemon ricotta and strawberries. The pillowy, cheese-filled pancakes made me think blintz more than crêpe. While the former is my preference, the dish as a whole was surprisingly low on flavor. 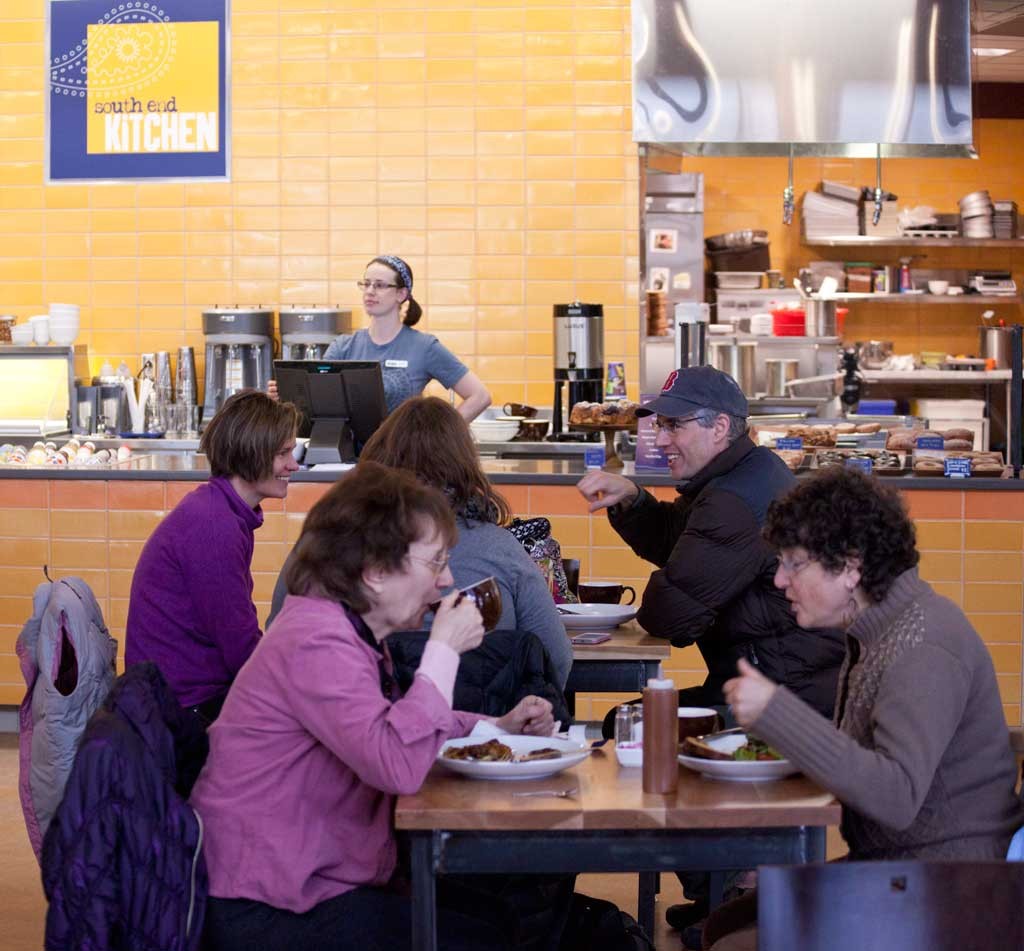 At that same brunch, the Monte Cristo's fluffy French toast on housemade cranberry bread was a textural treat. Despite a dusting of powdered sugar on the thick sandwich, though, the only real taste came from the ham and Swiss at its center. A side salad was nicely accented with a shallot-studded dressing, but the plate was still somehow light on character.

At lunch later in the week, I had a more memorable experience with the pork mole. The dish has already appeared a few times on the bill of fare, and it was obvious why. Though I wouldn't have minded more heat in the mole poblano, the spiced, chocolate-y sauce was velvety in texture and nutty with pumpkin seeds. Dark and savory, it was brightened by a pile of fresh cilantro.

Chocolate doesn't usually dominate in mole the way it did in this one. But, as the sauce seeped into the cracks and crevices of a fatty chunk of tender pork shoulder and the aromatic yellow rice on the side, I was hooked. This entrée tasted as indulgent as dessert. My one complaint was the lack of a vegetable to counter the heaviness.

I also enjoyed that day's Asian pork-meatball soup. Sesame wafted from the meaty broth, and the tender meatballs were flecked with chile flakes. Together, the two pork dishes made a great lunch, with leftovers to eat the next day. But I suffered sticker shock when the two-item meal rang up at $17.76, my least expensive meal at SEK. 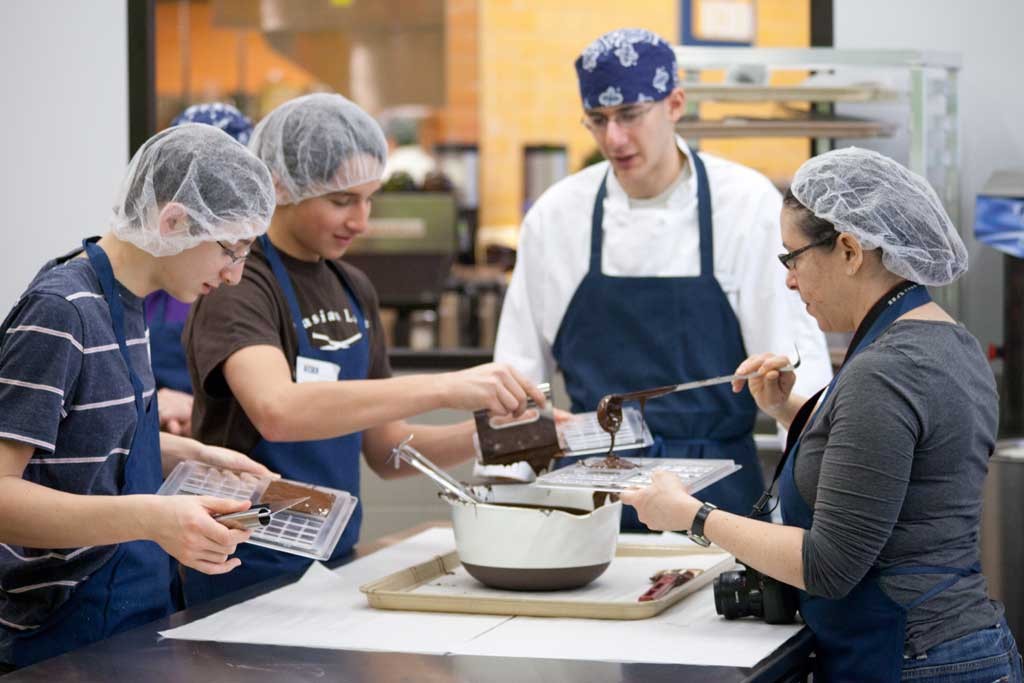 My final meal for this review featured a large and delicious salad of shaved daikon, apple and fennel over arugula. While the tangy vinaigrette made the light, bright veggies and fruits a delight, the $8 salad would not have sustained me through my day. Some cheese or nuts might have ruined the chef's vision, but the protein would have been welcome.

I got that sustenance instead from beefy orecchiette Bolognese, served in an adorable mini cast-iron pan. The chewy, homemade "little ears" were a delight, but the basil-studded sauce lacked vivacity. 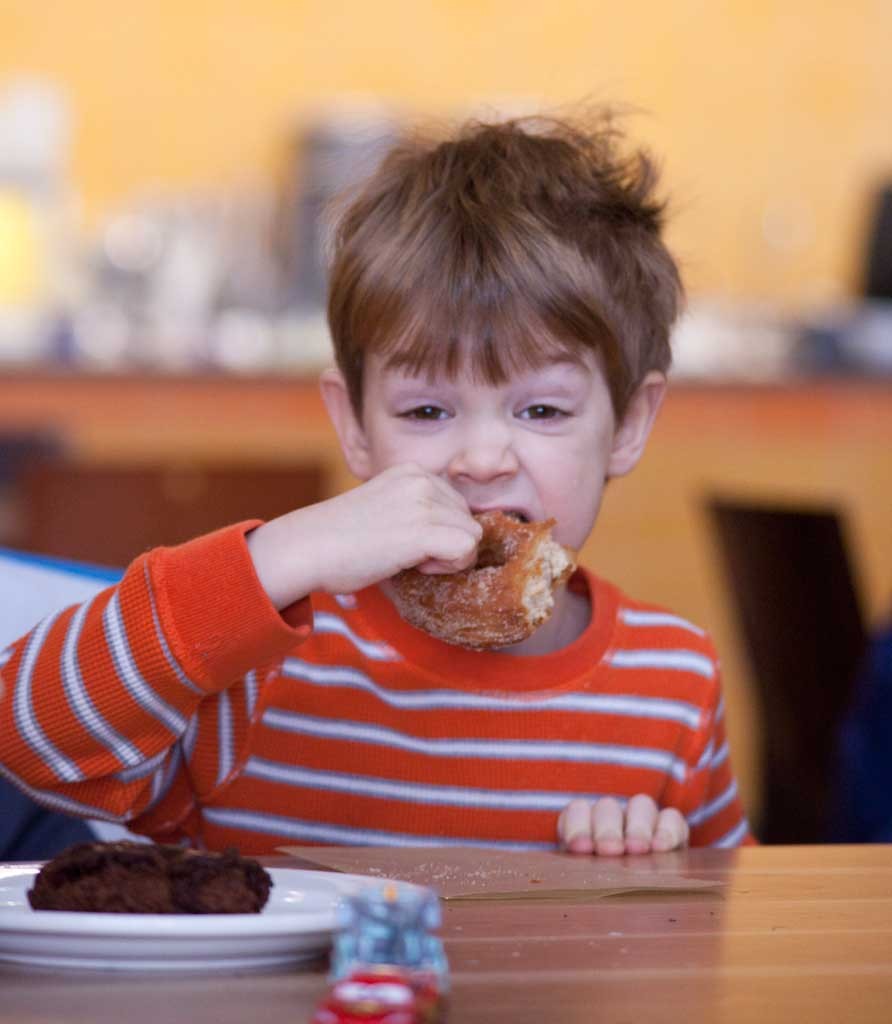 I finished that meal with the best thing I've eaten thus far at SEK. I didn't realize that what Burlington had been missing were old-fashioned, soda-jerk-style sundaes, but the 802 opened my eyes. Now it's likely to be a regular in my dessert repertoire.

To me, the tall sundae's homemade maple-butter-pecan ice cream felt like an afterthought. The 802's appeal was all about the strata of toppings, including crunchy maple popcorn; warm, tender diced apples; and lots of whipped cream. When I plunged my spoon to the bottom, it scooped up wonderfully balanced salted-caramel sauce, picking up bits of each layer on its way back to my mouth.

I tried a number of other desserts at SEK, but none won me over as powerfully as the 802. Buttery, glazed monkey bread and a raised doughnut with fresh-strawberry-flecked frosting were delicious, but a distant second and third.

Some of the savory eats still have room to improve at South End Kitchen. But, not surprisingly, this café attached to a chocolate factory is right where it should be when it comes to sweets.

The garage door descends with an air of foreboding, sealing you off from the outside. But there's nothing to fear in Emily McCracken's chocolate-bar-making class, unless messy hands make you nervous.

The hourlong session has quickly become the mainstay of South End Kitchen's educational center. The space has also hosted seminars with cookbook author Molly Stevens, Slow Food Vermont tastings and cheese-making workshops. But the lowest price tag — at $25 — belongs to McCracken's class, and students get to leave with four chocolate bars.

I took the workshop twice in two weeks and was rapt both times. Chocolate sculptor McCracken makes even the scripted spiel about the new space sound interesting, but she especially shines when sharing her cacao wisdom.

Could you make the same bars at home, following McCracken's lead and using Barry Callebaut chocolate? Sure, but you'd have to temper the chocolate yourself, then clean up. And you wouldn't hear McCracken's rap. For example, despite claims to the contrary, she holds firm that white chocolate qualifies as chocolate. It may be missing the chocolate liqueur that makes other chocolates brown, but McCracken says the key factor is its cocoa-butter base.

She shows participants how to fill their molds with softened milk and dark chocolate, the latter of which she collects from a perpetually running chocolate fountain in one corner of the expansive space. Students then don a single rubber glove to scoop fillings such as Rice Krispies, dried cherries and pistachios into their molds. After 10 minutes in the freezer, the bars are ready to wrap and take home.

On my second visit, I brought my own mix-ins of lavender, cumin and salt from the ancient mine in Wieliczka, Poland. My "Taste of Poland" may be my favorite chocolate bar I've ever tasted. And I would have been too lazy to make it at home, where I'd have had to clean up after myself. For anyone who feels like playing Willy Wonka, it's well worth the $25.