Tapped Out: Burlington Residents Turned Off By Smelly Water 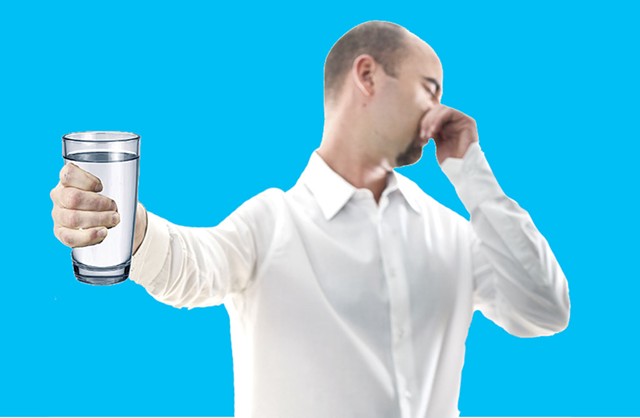 The conversation first surfaced on Facebook, according to Haleigh Simmons. The Maple Street resident saw a discussion in her news feed about foul-smelling water, then wrote her own post noting that her water had an algae-like taste and odor. Several others, from various sections of the city, chimed in with similar complaints, said Simmons, who was relieved she wasn't the only one smelling things. Some of the commenters described stomach issues that they feared were related to tainted water.

Simmons just experienced a stench she described as "like a fish tank."

"I thought it was my glassware," she added.

The concerns caught the attention of Burlington's Public Works Department, which responded to 10 calls "regarding odor, taste and the safety of our drinking water supply," said DPW public information manager Robert Goulding. He, too, noted that the complaints came from across the Queen City: the Old North End, New North End, downtown and all the way up the hill to East Avenue near the University of Vermont. DPW staff members visited four of the complainants' homes, where they smelled, tasted and tested the water.

The city draws its water from deep in Lake Champlain, meaning its quality or smell wouldn't be altered by a lack or surplus of rain, said DPW Director Chapin Spencer. He theorized instead that the recent rash of complaints might have been inspired by posts on social media.

"That being said, we take these complaints and concerns very seriously," Spencer said.

He offered residents some reassurance.

"If our tests had indicated any anomaly, we would have jumped into action, but none of our tests — so far — have shown any abnormality," Spencer said.

The original print version of this article was headlined "Something in the Water?"