Talking Addiction and Healing in New Play by Maura Campbell 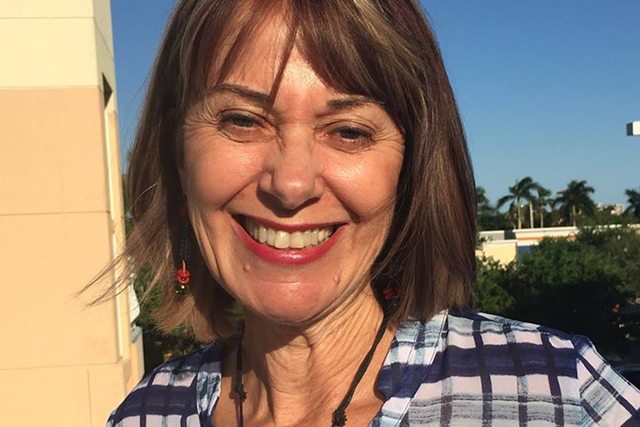 Addiction is a hot topic in Vermont. In 2014, Gov. Peter Shumlin famously dedicated his entire State of the State address to the opioid epidemic; recent busts of dealers — and waiting lists at treatment facilities — indicate that the problem is still very much with us. Vermont playwright Maura Campbell wants to talk about it. She's been writing a play based on her own experiences as a recovering addict.

"Addiction goes far back in my family," Campbell explains in a phone interview. "I don't even know if it has a beginning. I do think it's ubiquitous in many families. It's everywhere you go, and I want to contribute to the conversation."

She's doing just that with Cross Talk, which is centered on a Narcotics Anonymous meeting. A free staged reading of the play will happen this Friday and Saturday, July 29 and 30, at Off Center for the Dramatic Arts in Burlington.

The playwright hopes that Cross Talk will receive a full production in the fall, in collaboration with NA. She's currently workshopping the piece in a six-week intensive graduate program at Hollins University in Roanoke, Va.

Unlike some socially conscious theater, Cross Talk avoids using pedantic dialogue that spoon-feeds convenient statistics to the audience, ending by prescribing a moral. Instead, the play engagingly tells the story of addicts as ordinary people. These characters might be in a book group. In fact, they are townsfolk who meet in a church basement with a common goal: to get clean and help one another get clean, to share their experiences and provide support.

"Addiction is leveling our young people — and even our old people, for that matter," Campbell says. "Narcotics Anonymous is such a large part of so many of their stories, and I wanted to tell that story from the point of view of a meeting."

NA members count their sobriety in days — one day at a time, keeping count and reaching benchmarks. Cross Talk represents just one of those days. And, boy, does a lot go down.

The characters are diverse and colorful, and Campbell has assembled an all-star cast, with local favorites Chris Caswell, Ben Wiggins, Dennis McSorley and Cael Barkman among them.

Some of the play's character types are familiar in addiction circles, such as the homeless guy who is constantly high and the neighborhood cop who seems to know all the addicts in town. Others may be just as common in support groups, if seen less often in media reports: a fur-wearing aunt who's developed a habit with her muscle relaxants; a heart-of-gold NA leader, a recovering addict himself, who goes to great lengths to support his group members; a pair of hopeful 11-year-old girls whose family members are struggling with narcotics.

Johann Hari, author of Chasing the Scream: The First and Last Days of the War on Drugs, wrote in 2015 in the Huffington Post: "The opposite of addiction is not sobriety. It is human connection." If that's true, it's appropriate that Campbell set her play on Thanksgiving, a time when most people make an effort to be with family or friends. Much of the drama relates to where the characters will go for the holiday.

Cross Talk shows us that talking about addiction also means talking about community. The issue reaches deep into neighborhoods, friendships, families. The dramatic reading at Off Center is a reminder that, for many, the road to recovery has only just begun.