Last Thursday, Kortnee Bush, owner of Butch + Babe's in Burlington's Old North End, announced via email newsletter and social media that the restaurant had permanently closed due to "operational challenges." Butch + Babe's had operated on a takeout-only model from early May 2020 until this past July 8, when it reopened for seated dining.

During a phone interview, Bush elaborated on the challenges of the last year and a half. She said she had applied to every federal and state program for financial assistance, including the recently launched Restaurant Revitalization Fund (administered by the U.S. Small Business Administration).

Butch + Babe's was among the 39 percent of Vermont restaurant applicants that received RRF funding before the $28.6 billion fund ran out. Three hundred and sixty-six Vermont restaurants received a total of more than $77 million. They range from the Tygate Motel Corporation, which runs the Windjammer Restaurant and Upper Deck Pub in South Burlington and received almost $4.2 million, to Farmers & Foragers, which operates a food truck on the Burlington lakefront and received $2,909. Congress is currently considering a bill to add more money to the fund.

Bush estimates that Butch + Babe's has received a total of about $350,000 to help cover pandemic losses once she adds up all the different assistance programs, including compensation for cooking free community meals for the Everyone Eats program. That includes the RRF grant of $76,665, which she spent on payroll to staff up and train new people. "It kept us chugging along for a minute," she said. 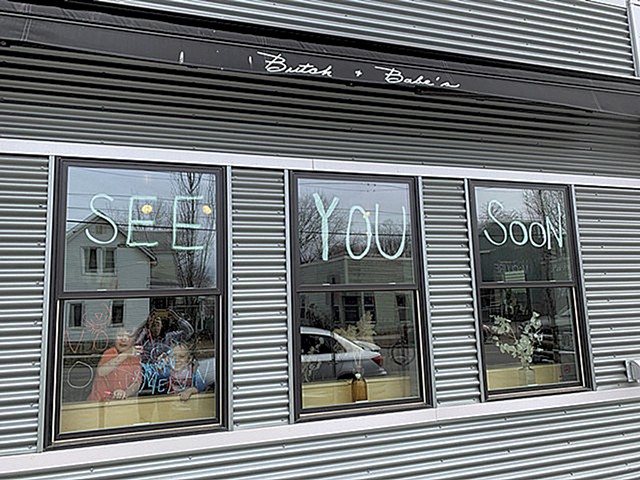 By early July 2021, Bush said, "It felt like things were safe-ish" with Vermont's high vaccination rate. But increasing cases of the Delta variant eroded that feeling.

"We were losing staff," she said. The remaining employees, including herself, were stretched too thin. "I physically couldn't do it," she said.

She also faced the psychological challenge of bracing yet again for rough times ahead. "You watch the news, and it's like, We're gonna have to do this again?" Bush said. "There's never stability in the restaurant world, but this is just, you know — the overused word is 'unprecedented.'"

Feeling as if she were bailing out a sinking ship, Bush finally concluded, "Let's get off the boat here," she said. "It's too much."

In her announcement of Butch + Babe's closure, Bush noted that she had a fully equipped restaurant and remaining lease time available. Within 24 hours, she said, she'd received more than a half dozen serious inquiries. (See Passion Plate: New Restaurateurs Press on with Grit and Flexibility — Even in a  Pandemic.) 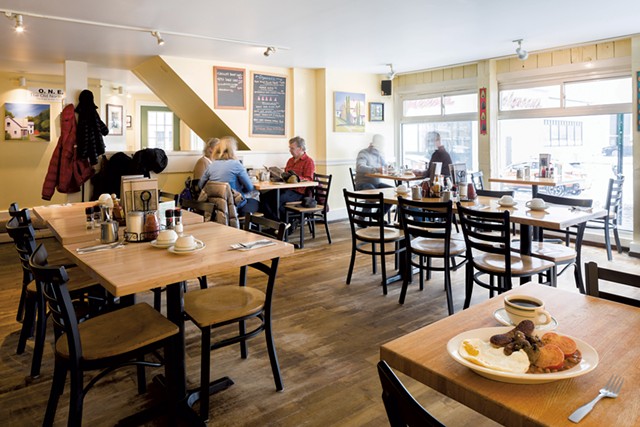 About a half mile from Butch + Babe's, Penny Cluse Café also reopened in July for seated dining after a year of offering only takeout. The downtown breakfast and lunch destination is among 581 Vermont restaurant applicants to the RRF that did not receive funds, co-owner Charles Reeves said in a phone interview.

That's an especially bitter pill to swallow, Reeves lamented, when he submitted his grant application on the day of the deadline and was informed that it was accepted. Several downtown restaurants within blocks of Penny Cluse received hundreds of thousands of dollars, he said.

In Reeves' view, the administration of RRF funds and the congressional inaction on replenishing them have created a divisive situation of "haves and have-nots" in the restaurant community.

"The amount of money the program gave people was stupid," he said. "It makes sense that the thing ran out of money."

Penny Cluse applied for about $950,000 from the RRF, Reeves said. That's essentially the difference between the restaurant's 2019 and 2020 gross revenue, minus the Paycheck Protection Program funds it received.

Reeves would have preferred to see the program spread funds around to meet the partial needs of a greater number of businesses, rather than awarding the full amount requested to a limited number of restaurants. "There are some restaurants in Burlington that are fucking fat with money," he said. "And then there's people like us, who are struggling."

Since Reeves and his team reopened Penny Cluse for takeout in June 2020, he said, they have done everything they can to retain their employees and feed customers. "We have worked 70 hours-plus a week," he said. "We burned through [Paycheck Protection Program] money ... We were losing money like crazy, but we stayed open."

All told, Reeves said, the business has received "close to $350,000 in forgivable money" through various government programs. "But the truth is, for that amount of time, losing money month after month, it's not enough," he said.

"We're gonna make it because I'm scrappy," Reeves concluded, noting that he's using a line of credit and scrutinizing every expense. "We've changed our business plan so many times over the last 16 months. We're just so tired."