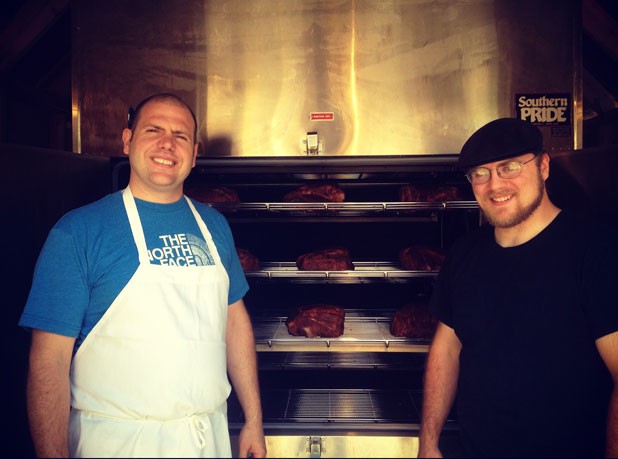 Barbecue buffs need wait only a few days longer. The sign made by artist Kat Clear is ready, as are new Conant Metal & Light fixtures. A wood smokehouse protects Betty, the 1.75-ton Southern Pride smoker, from the elements. All is in place for the July 10 opening of Bluebird Barbecue.

When Seven Days spoke to owner Sue Bette and executive chef Michael Clauss on Monday, the smoker was filled with test pork butts ready to be made into pulled-pork plates and sandwiches. The menu was still being finalized, but Bette and Clauss assured us that said pork would be served in a Carolina-style cider-vinegar sauce. Ribs, brisket, sausage and sides — including vinegar-based coleslaw and pit beans — are also certainties.

Bette says most of the space, including the bar area and main dining rooms, will look pretty much as it did when it housed Bluebird Tavern (which relocated to St. Paul Street). However, the front event space, formerly known as the “blue room,” has become a pub space and recreation area featuring TVs and tables for playing shufflepuck, also known as table shuffleboard. One way to work off all that meat.