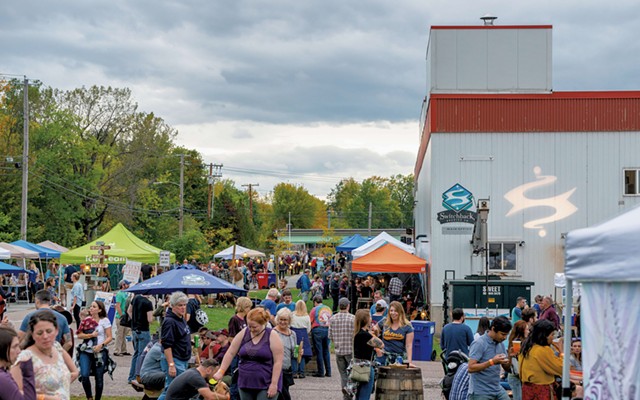 After 20 years of brewing at 160 Flynn Avenue in Burlington's South End, Switchback Brewing has bought its building, taproom manager Sarah Diaz said. The purchase will add 5,800 square feet to the current 28,000. Diaz said the company has not yet finalized plans for the additional space, which is currently occupied by Momentum Physical Therapy.

Brewmaster Bill Cherry and Jeff Neiblum cofounded Switchback in 2002. The company transitioned to an employee-ownership structure in 2017. The brewery opened a taproom in one corner of the Flynn Avenue building in 2014 and built an outdoor patio in 2017.

The employee-owners are still brainstorming plans for the expansion. For now, "We are focusing on a face-lift and on building maintenance," Diaz said. "It's somewhat of a blank canvas," she said. "We've always wanted to be able to offer an event space."