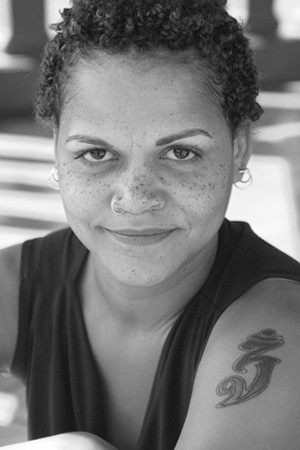 Imperfection is beauty, madness is genius and it's better to be absolutely ridiculous than absolutely boring.
-Marilyn Monroe-

Suzanne lived by these words. She was outspoken, loud, opinionated, exuberant, passionate about almost everything and had a sense of humor and laugh that were infectious. She loved a good bourbon and was an avid Green Bay Packers fan. Football was almost religious for her. She was a Yankees fan and wasn’t afraid to show it, even if it was in Fenway Park on the Red Sox side of the arena. She had a love for film, especially anything with Marilyn Monroe, and B movies and cult films. She could recite the entire script of The Seven Year Itch, The Man with Two Brains and Fletch, among many others. She came by her love of performance and the arts from growing up in a very musical and artistic family.

Suzanne grew up in rural Vershire Vermont with seven siblings. Her parents started a band in 1986 when Suzanne was just 16; later that band would be named D’moja. Early on Suzanne became one of the primary dancers alongside her sisters Lynn Ellen and Morgan. Her mother Ochazania was the lead singer and artistic director; her father Mark, the lead drummer. A few years later, her brother Brandon became a principal drummer. They played music of the African diaspora and toured all around the Northeast for almost 20 years. Mark and Ochazania met in the Chicago Street Theater and were avid film and theater fans. They encouraged a love for drama and the arts. Suzanne’s experience as a dancer and performance artist so early in her life shaped so much of who she was. She directed and choreographed several shows in Burlington and led a very active and vibrant social life in the Vermont arts scene.

After her mother suggested it, Suzanne and her young son Alexander moved to Bisbee, Arizona, in 2003. She fell in love with Bisbee, its eccentricities and wonderful people. Suzanne also fell in love with Robert (Buzz) Pearson and got married for the first time in her life and proceeded to have another son. Suzanne said the 15 years she made a home in Bisbee were some of the best of her life.

Suzanne is predeceased by her mother Ochazania, who passed in Naco, Arizona in 2008; her brother Justin, who passed in Bradford Vermont in 2014; her son Maceo’s father, Robert Pearson, in 2017. She leaves behind her loving sons Paris (Alexander) and Maceo, her beloved siblings Lysette, Laura, Lila, Lynn Ellen, Brandon and Morgan, her father Mark and several nieces and nephews.

No services will be held. Suzanne wished to be cremated. In lieu of flowers please send a donation in Suzanne’s name to any of the listed foundations on this web page in support of women in the arts, https://www.womenarts.org/funding-resources/literary-indiv-artists/