Survivor Henia Lewin Talks About the Holocaust and Nationalism

Henia Lewin, née Wisgardisky, was a year and a half old in June 1941 when the Nazis invaded her native Lithuania. She and her family were among the 40,000 Lithuanian Jews herded into the Kovno Ghetto. When Henia's mother informed others of what she'd learned — that the Nazis were killing Jews — they called her meshugge, "crazy." By year's end, half of the ghetto's residents were dead, including Henia's grandparents, aunts, uncles and cousins. Ultimately, fewer than 2,000 people survived. 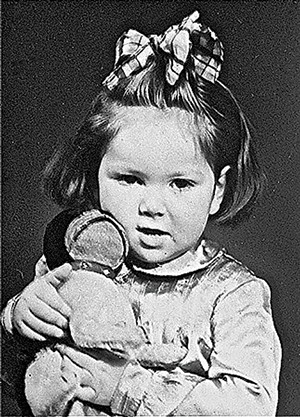 Henia was among the lucky ones. One day, her mother sedated her and smuggled her out of the ghetto inside a leather suitcase. Years later, she asked her mother how many other children she'd saved that way. "I don't know," her mother said. "I didn't count them." Only at her mother's funeral did Lewin learn, from a fellow Kovno survivor, that there had been dozens.

Young Henia spent two years living incognito with a Lithuanian Christian family until the war ended. Miraculously, her parents had both survived and found her. Together they fled to a displaced-persons camp in Germany, then immigrated to Israel in 1949. When Henia was 13, they moved to Montréal.

Now 79, Lewin spent decades teaching Yiddish language and literature, including 19 years at the University of Vermont in the 1980s and '90s. Though officially retired, she returned to the classroom a year ago to recount her story; she now speaks at public schools, houses of worship and civic organizations throughout New England. Her motivation: the global resurgence of white nationalism.

This week Lewin will speak at Burlington's Ohavi Zedek Synagogue as part of a fundraiser for the Lost Shul Mural. The recently restored and relocated artwork was painted in 1910 for a Burlington temple by Lithuanian-born artist and poet Ben Zion Black. She'll also speak at middle and high schools in Stowe, as well as at the Jewish Community of Greater Stowe Hebrew school.

Lewin spoke to Seven Days by phone last week from her home in North Amherst, Mass.

SEVEN DAYS: How did you begin speaking about your Holocaust experiences?

HENIA LEWIN: When I lived in Vermont, I was involved with the Conference [on] Judaism in Rural New England, which started at Johnson State College. People came from Maine and New Hampshire, people for whom this was their only Jewish outlet for the year.

One time there was this woman from Maine who spoke about surviving the Holocaust. She didn't break down, and I thought, Oh, my God! How does she do it? And I went to talk to her, and she said, "It's so important for people to hear it because there are so many people who are saying it didn't happen. And here you are, a child survivor of the Holocaust. It's important to tell it. It'll get easier."

Then a colleague of mine [at UVM] called me. He was teaching a course on the Holocaust and wanted me to come speak. So I attended his class. What really got me was, there was a woman in his class who was blind. Afterwards she said to me, "I can tell from your story that you're feeling guilty that you survived." I'd never thought about it, but she was right.

SD: What's it been like to witness the global resurgence of Nazi ideology?

HL: The very next day after [President Donald] Trump was inaugurated, there was a swastika on Mount Tom. In my neighborhood! You could imagine, I didn't sleep that night. This is why I'm now talking to kids all the time. In the past, it would be maybe once or twice a year. Last year I spoke in 10 schools. This year, I've already spoken in 10 schools and it's only May.

SD: Did you ever imagine you'd see this again?

HL: No. As Jews, we're aware that anti-Semitism is right there under the surface. But now it's blatantly on the surface. After Charlottesville, [Va.,] [Trump] said there were "good people on both sides" — and they're marching with swastikas. It's horrible! You feel like time is running out, and you've got to do it. I'm not a spring chicken, but I've got to keep talking and doing it for as long as I can. 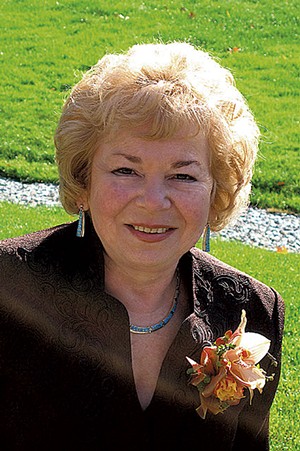 SD: What kinds of questions do students ask you?

HL: Kids will say, "Will you ever forgive the Nazis?" and I say, "No. But I want you to know that there were perpetrators, there were victims and some of us were lucky survivors. But the people I'm most angry with are the bystanders. That's the majority of people. They allowed the evil to happen." And I want the kids to know that. They need to speak up now and become actively involved.

SD: Do you see parallels between your experiences and those of Muslims and migrants on the southern border?

HL: It's all the same: picking on the other, people who are different from us. The reason we were stuck in a displaced-persons camp for all those years is ... people wanted to go to the United States, but Congress said, "Who wants all these eastern Europeans over here? They want to take away our jobs." I hear the same thing today about Muslims and Mexicans. Like there isn't enough room? Like there aren't enough jobs?

SD: Is it still painful to share your experiences?

HL: Yes. It's like opening a wound every single time. You let it heal and then you scrape it off again. But I feel it has to be done. My friends say, "You can say no sometimes." But if a school wants me to come, I can't say no. There isn't time.