Summer in Vermont can be as fleeting and mystifying as a sighting of our elusive lake monster, Champ. One minute, the sun’s out in full force; the next, we’re running for cover from torrential downpours — or maybe a tornado. To make sure you don’t waste a second of sunshiny goodness, we’ve compiled a handy guide to Vermont’s big summer events, the state’s "greatest hits," if you will. If the weather doesn’t cooperate, well, there’s plenty of good stuff happening indoors, too.

Want more? Take our quiz and we'll help you "Pick a Summer Adventure." Or check out our growing online Summer Vacation Picks, as well as our weekly calendar section all season long. Off you go!

The Opera Company of Middlebury

A popular "Meet the Singers" gala paves the way for a fully staged production of Giacomo Puccini’s La Rondine.

May 29-June 19, various locations in the Mad River Valley

Recreational and competitive cyclists cover miles of scenic paths by the lake and in the hills of the Northeast Kingdom.

Strolling of the Heifers. Photo courtesy of Jason Henske.

Strolling of the Heifers

Cute young cows bedecked in flowers take Main Street by storm at this quintessentially Vermont take on Pamplona’s Running of the Bulls. The parade and surrounding events strive to connect people with farmers and food producers.

Athletes from all parts of the state hit the fields in three days of competition, with a grand opening ceremony and awards to boot.

Queen City residents get jazzed about a grand-slam lineup of live music, which takes place everywhere from concert halls to tents by the waterfront.

Pruners show off tiny tree specimens before a provided lunch and a demonstration by guest speaker Min Hsuan Lo from Chung Hua, Taiwan.

Roots on the River

Bellows Falls is overtaken by a rollicking four-day melody bash, which takes place around town and in a big festival tent.

Vermont State Park day areas, state-owned historic sites and the Vermont History Museum in Montpelier kick off summer with two days of free admission and on-site activities. Saturday is a free fishing day for residents and nonresidents to fish without a license in Vermont lakes, streams and rivers.

Paddlers take to their canoes or kayaks on a multiday adventure down the river basin, guided by a 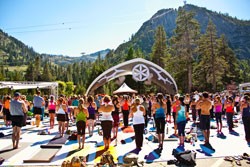 Connoisseurs of all things edible compare and contrast fine wines, pair them with oysters, enjoy gastronomic collaborations between chefs and vintners, and feast at the Grand Tasting & Silent Auction.

This annual parade of patchwork is the largest quilt show in New England. It features displays, appraisals, gallery talks, and vendors offering colorful bed coverings and the means to make them.

An eat-and-drink extravaganza features sipping sessions with a selection of more than 250 fine wines; seminars with noted vintners, chefs and sommeliers; and an array of area gourmet food.

An insane endurance race challenges even the most adventuresome with 48 hours of mud runs and physical obstacles.

The artist faculty of an annual summer conservatory offer a compelling classical repertoire.

July 3-August 21, various locations in Vermont and the Northeast

Folks gear up for fun in the sun along the shores of Lake Memphremagog. Activities include the Kingdom Swim, bed racing, an antique boat parade, a sailboat regatta, the Pet and Swimmers' Parade and a log-rolling competition.

Floating orbs transport people through the sky at a balloon-launch fest with plenty of entertainment and eats.

Make a splash at this celebration of open-water swimming. Six courses range in length from a quick 100 yards to an admirable 10 miles.

Take a self-guided tour of the city's stunning private gardens, and end the day with afternoon tea.

World-class musicians explore classical compositions from the baroque to the contemporary era in this six-week festival, also including free mini-concerts for children and their families.

Runners pound the ground over dirt, gravel and soil on a rugged 10K trail.

Got cheese? Dairy lovers, chefs and artisan cheesemakers from around the state sample more than 100 varieties, partake in tasting seminars and catch a cooking show.

Ben & Jerry’s Concerts on the Green

This page-turning festival of words includes speeches and readings by authors of local and national renown, interactive programs, secondhand book sales, and art and music.

Musicians bring Celtic, French Canadian, English and old-time traditions to this nonstop, three-day fest. Workshops and dancing round out the weekend. 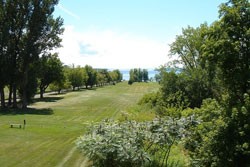 Festival of the Islands

Festival of the Islands

Feeling blue? Wilmington, Whitingham and Dover make the best of the hue over 10 days with a Big Blue Parade, a Blue Street Fair, blues music, pick-your-own blueberries ... even blue beer. 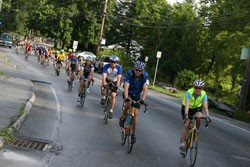 Pledge-propelled bikers benefit the Kellogg-Hubbard Library by pedaling either 111, 68 or 24 miles.

Vermont Festival of the Arts

A whoppin' five-week festival boasts exhibits, performances and workshops celebrating painting, poetry, crafts, culinary arts and everything in between.

Bookworms delight in an ice-skating rink full of quirky and collectible tomes, as well as antique maps, prints and postcards.

Water-bound teams of businesses, neighborhoods and breast-cancer survivors paddle their way to victory on 41-foot boats.

A huge lineup of rock, folk and Americana tunes meets idyllic scenery and a swimming hole.

Music lovers enjoy food and green-themed displays between a variety of folk acts.

Stretch it out between sets of music by participating in this eco-friendly fest’s yoga workshops.

Bagpipe bands, sheepdog trials, plaid skirts and, of course, haggis all figure prominently in this annual celebration of Scottish heritage.

FJG Race to the Top of Vermont

FJG Race to the Top of Vermont

Hundreds of runners, hikers and mountain bikers ascend Mount Mansfield’s famous Toll Road for a stunning view of the state.

Vampires are sure to shun this annual extravaganza featuring crafts and food from more than 50 vendors and growers, children's games, live music and entertainment, a beer and wine garden and more.