Shea's company performed logistical contortions so it could begin offering shoreline tours from Burlington on Saturday. The boat's crew took passengers' temperatures as they boarded, and then assembled the guests in groups of 10 to each deck to comply with state limits on social gatherings. The cruise line's food and drink service stayed shuttered. Workers cleaned the ship's bathrooms every 20 minutes.

The May 18 opening wasn't just a signal to would-be tourists. Shea plans to use video from the ship's maiden 2020 voyage in a presentation intended to reassure his prospective corps of foreign workers that Vermont is still worth the trip.

"I'm going to show people boarding the boat," Shea said. "It's not sick people walking around here. They're healthy."

The Spirit of Ethan Allen, like many summer tourism businesses in Vermont, relies on labor from abroad. Shea counts on a mix of about 20 foreign college students using J-1 exchange visas and 14 employees who participate in the H-2B program for foreign workers.

Both visas have historically offered a reliable supply of workers who will do jobs that locals won't, either because of their seasonal nature or low wages. The pandemic has thrown both programs into disarray, further complicating an already uncertain situation for the summer businesses that use them.

"The overriding consideration is what we'll be able to do, with respect to the coronavirus," said Dean Spencer, codirector of Camp Killooleet in Hancock, which, like many summer camps, typically employs J-1 exchange students. "Then we'll all have to figure out if we can do what we need to do to do that. Availability of staff is a piece of that puzzle."

J-1 workers are students who spend their summer vacation working for U.S. businesses. Nearly 400 served as camp counselors in Vermont in 2018, according to federal data, and about 1,500 more came to the state for other "summer work travel," though that tally also includes winter workers at ski resorts.

Some summer resorts and seasonal businesses, such as landscapers, also hire guest workers through the H-2B program, which provides visas for up to three years. At resorts, they work as housekeepers, custodians and kitchen help. They sometimes hop from winter to summer gigs. Vermont businesses had requested about 170 H-2B workers for the upcoming season, according to federal data.

Both programs require early planning and some investment by host businesses. Since the coronavirus arrived on American shores, many of those arrangements have become untenable. The U.S. has barred travel from some countries outright, while U.S. embassies everywhere stopped issuing new visas in March, indefinitely delaying the arrival of many J-1 students and out-of-country H-2B workers. Most H-2B workers who were already in the U.S. for winter jobs were laid off in March, well before summer businesses were prepared to hire them.

In addition, President Donald Trump has already vowed to further restrict immigration in light of mass unemployment. Republican allies in Congress have asked him to suspend guest worker programs, arguing that they will take jobs from out-of-work Americans.

Those pressures — combined with uncertainty about opening dates, operating capacity and customer demand — have prompted many Vermont businesses to abandon foreign worker programs for the summer, according to Tim Piper, president of the Vermont Inn and Bed & Breakfast Association.

Other businesses may want the workers but can't get them, said lawyer Brian Sullivan, of MSK Attorneys in Burlington, who helps clients apply for H-2Bs. 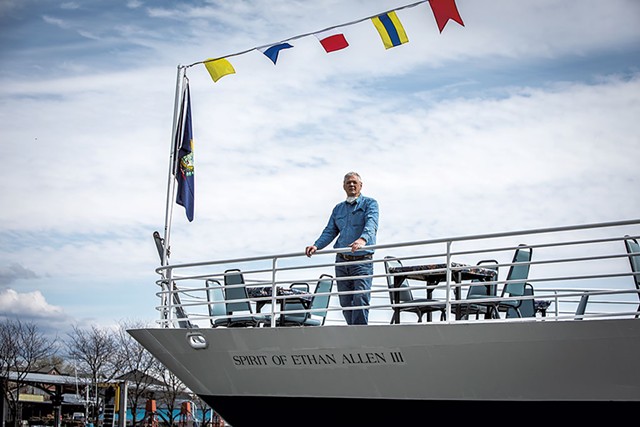 At the Spirit of Ethan Allen, Shea got creative to secure 11 of his 14 anticipated H-2B workers this month from North Macedonia, Mexico and South Africa. Before the pandemic, low unemployment rates had created fierce competition for out-of-country H-2B workers, so he partnered with winter businesses to tap the supply of guest workers already in the U.S.

One of those partners was Sugarbush Resort, which, for the first time, last winter brought on six H-2B workers who had spent the summer working for Shea's cruise line. Their winter jobs at the ski resort were cut six weeks short by the coronavirus-induced shutdown, but they lived rent-free in employee housing and received food donations until April 30, when the Spirit of Ethan Allen was able to hire them back, according to the ski resort's vice president of human resources, Annemarie Todd. Sugarbush hopes to be open for mountain biking, golf and events this summer but decided not to bring on its usual 18 J-1 student workers, she added.

At the cruise line, foreign seasonal workers will continue to comprise about 80 percent of the workforce — if Shea can woo his J-1 visa-holding students to come.

It's not just the students who need reassurance. The sponsoring program that Shea uses to recruit J-1 workers recently sent him a survey inquiring about how he plans to house and quarantine any student participants. That inquiry may be the result of prodding by the U.S. Department of State, which sent a letter to exchange sponsors on April 29 urging them to be "particularly careful" in vetting host placements this year, "both to ensure exchange visitors' health, safety, and welfare and to protect the Americans with whom they come in contact."

The cruise ship operator said safety wouldn't be a problem. But if his "reassurance" video proves too convincing, Shea may only manage to create more problems for himself. When he promised jobs to 21 foreign students, he didn't imagine that he'd be running "socially distant" tours with just 40 passengers, despite the ship's 500-plus capacity.

"If I do get them, I may have too many employees," he said, before quickly reassuring himself. "I think some are going to drop by the wayside."

The original print version of this article was headlined "No Exchange? | Summer businesses weigh foreign labor in light of pandemic"