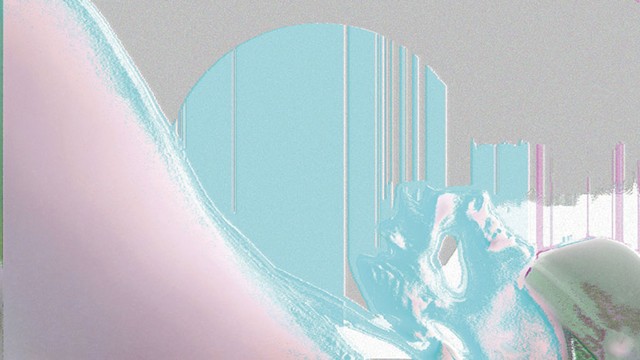 Subversive Intentions is a one-man experimental noise operation run by Nick Dentico, who currently hails from the Montpelier area. He's been toiling in these strange fields for quite some time, with a catalog dating back to 2010. His latest project, Variations on the Seinfeld Theme, comes courtesy of a new local label, Histamine Tapes. That imprint is also from Washington County, and it's had a busy year: This is one of seven tapes the cassette label has put out so far.

The most merciful aspect of Variations on the Seinfeld Theme is that the title is a joke; this is not 28 different takes on Jonathan Wolff's iconic keyboard bass riffs from "Seinfeld." The album does feature a lot of electric bass, but it's not being played so much as poked at. There are no song structures here, no keys, no motifs and no melodies. The overall effect is not unlike working a shift at Guitar Center, all noodling and noise.

Which is pretty much the point. The experimental noise genre is ugly. It used to be edgy, too, but that was back when Elvis Presley was still alive. When Lou Reed handed the masters for Metal Machine Music over to RCA Records in '75, it was an unambiguous "fuck you" to the label. Decades later, boutique labels specialize in such fare.

Lots and lots of them, in fact — which is one reason the Subversive Intentions catalog spans the globe. It also helps that such tapes are relatively easy to make. With the barriers to entry almost nonexistent, the experimental noise scene has grown into an open culture. Every experiment is a success, after all. (It's not like Dentico was staying up all night trying to cut the perfect bass take here.)

So, while Variations on the Seinfeld Theme is a fundamentally frivolous album, some moments reward the listener's patience. For instance, "IX" is a dark landscape strongly reminiscent of Aphex Twin's early ambient work. It comes and goes too soon. Especially considering that "Collage IV" follows: a canvas of string noises laid over field recordings of a crying baby.

It should be noted that Dentico's relative lack of chops is not an actual problem. That's not just due to the genre, either. He articulates his own approach to the instrument, using it as more of a percussive tone generator than a pitched musical instrument.

The closing track, "Drone I," is dynamic and composed, the finest stretch of the tape. It's a nearly 30-minute slab of menace and a fitting finish for such a defiantly inaccessible album.

Saying that Variations on the Seinfeld Theme is not for everyone understates it profoundly. I don't entirely regret the time and drugs I spent trying to understand the album — that's about the best I can say for it.

Variations on the Seinfeld Theme is available at histaminetapes.bandcamp.com.