Subterranean Booze at Moruzzi's in Barre 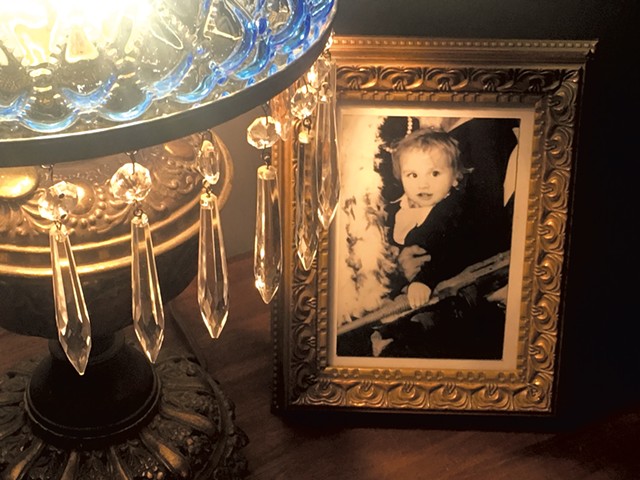 At Moruzzi's in Barre, the drinks are named after mobsters, and the kitchen turns out "light Italian fare" such as tiramisu, meatballs and cheese boards. Located at 8 South Main Street, downstairs from Ladder 1 Grill, the spot is owned by Valerie White Beaudet, who named it after her mother.

For years, Beaudet said, she used the basement space to store decorations. Then she realized she could supplement the offerings at her family-friendly grill with a second spot geared toward grown-ups. "Downstairs, over 21 is preferred," she said. "We're getting a lot of girls' nights, a lot of date nights."

Beaudet keeps the offerings at Moruzzi's significantly different, to avoid poaching business from Ladder 1. "Nothing crosses," she said. While the grill is more casual and affordable, the "lounge" — as she calls Moruzzi's — offers some higher-end fare, such as cured meats from Plainfield's Vermont Salumi, fine cheeses and top-shelf liquor in the cocktails.

"Folks come down and have appetizers and cocktails, and then they'll either go up for dinner or order takeout," Beaudet said. In her view, the ambience of the new spot is bringing in a new crowd while boosting business overall.

Moruzzi's has couches and low tables, but no dining-room tables — the better to encourage face-to-face interaction, Beaudet believes. "People are actually talking and having conversations. Nobody's on social media," she said.

The place doesn't have a sign, but if you walk around the Ladder 1 building and find the green lights on, the lounge is open, said Beaudet. Twenties-style attire is encouraged, and anyone who knows the current "secret password" could win a prize. F. Scott and Zelda Fitzgerald would surely approve.