Strength in Numbers, Less Is More 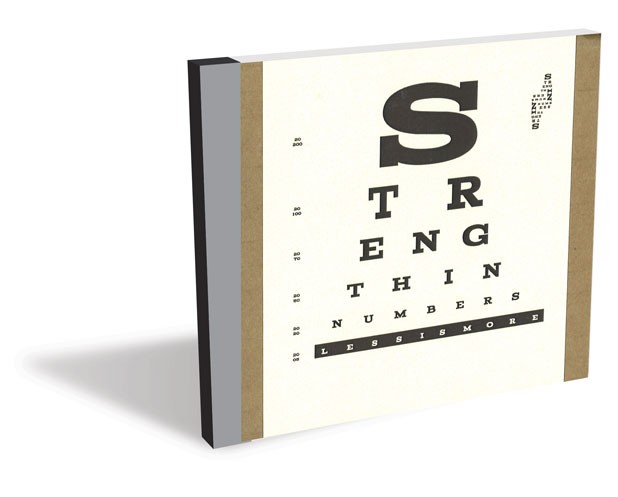 As winter nears, Vermonters return to life’s simple comforts. We blanket ourselves in fur, pour hot drinks and huddle by the fire. And while mulled cider might suffice, nothing warms a room like soul music. Good thing we have Strength in Numbers. Fronted by Bryan McNamara (alto sax) and some of the 802’s top players (including Parker Shper on keys and Vorcza’s Robinson Morse on bass.), this aptly named ensemble exudes balmy jazz. Not all of its members are native, as the crew taps Montréalers Emma Frank and Dali to rock the mic. But with their new EP, Less Is More, the collaboration brings authentic urban flavor to six tracks of laid-back R&B.

The trip-hop opener “How We Started” features both singers strutting through Dan Ryan’s spare drum work. “Stick to the plan / Live it like you mean it, man,” raps Dali. His nimble flow seems poised for prime time, framed beautifully by Shper’s electro-lounge piano.

But big brass looms around every corner, and soon Tom Morse elbows in, his trumpet punching through the haze. On “OMG,” Frank floats just behind the beat, trading time with Dali and the retinue of horns. She’s a siren whose plush timbre evokes Erykah Badu and even Bajka (of Bonobo fame). Still, it’s McNamara’s expressive sax that carries the narrative. With so many voices, SIN’s EP bakes into a sum that is occasionally tastier than its parts.

At its best, Less Is More sweats with the steady sounds for getting down. Seldom does self-production sound so good. The disc is expertly mastered, boasting a rich, rounded mix that belies its bitty budget. Only the flat “If I Could Just Turn Back” misses; not because of its lyrical pablum — “My sweet sweet butterfly / though you fluttered on by / I still need you in my life” — but because guitarist-cum-vocalist Will Kirk can’t quite channel Marvin Gaye. Minus any vocal mystique, the composition flounders under lazy hi-hat and misplaced organ funk.

Fortunately, the band returns to form quickly as “Laugh Factory” bubbles seductively — like a B-side from Prince’s 1999 — and the band simmers with “Say You’re Gonna Stay.” Ducking behind her rhythm section, Frank flirts with tumbling horns in a sexy turn right out of the Steely Dan catalogue.

Just as they’re heating up, SIN close with “Another Day.” Spiked with beat-box and Latin conga, it’s a seasoned piece of trip-hop that affords all nine players space to jam. Strength in Numbers, indeed.

Less Is More clocks in at a thrifty 25 minutes, but marks a worthy entry in Burlington’s neo-soul canon. So shutter the doors and let it snow — there’s plenty here to curl up with.

Strength in Numbers celebrate their new disc with a release party at Nectar’s this Saturday.