Stowe's Tres Amigos Goes South of the Border With Tequila, Tamales and Tacos 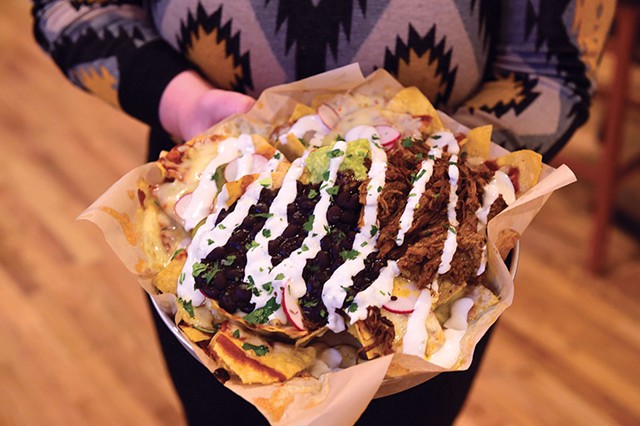 Walk into Stowe's Tres Amigos, and you'll come face-to-face with a grinning skull — that is, an ornately decorated calavera, part of a Día de los Muertos mural. Tequilas, tamales and tacos are on the menu here, but the big draw is the Mexican restaurant's combo platter of food, drink, games and live music. 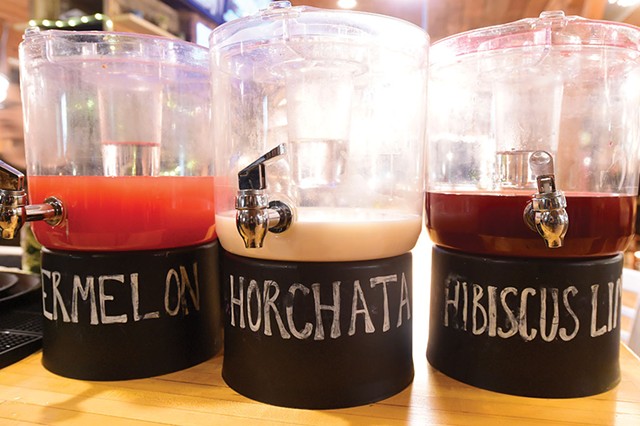 Tres Amigos opened in September 2017 on hallowed ground: the home of the Rusty Nail, a rock-and-roll club with a Stowe history dating back to 1969. The venue that has hosted music legends such as Lynyrd Skynyrd and Muddy Waters still lights up several times a week — but now the good vibes flow nightly in the adjacent cantina and upstairs game room.

The hybrid biz is the brainchild of owners Mark Frier and Chad Fry, who also run the Bench, a popular gastropub just down the Mountain Road; and the Reservoir Restaurant & Taproom in the heart of Waterbury. Their latest venture is a fun and welcoming hangout where bar goers strike up conversations with their neighbors over apps of loaded nachos, avocado salad and tuna tostada.

For dinner, popular entrées include pork enchiladas verde and the Carne Asada Plato: hanger steak with chimichurri, cotija cheese, grilled scallions, and rice and beans. Paprika-garlic shrimp is served over smoked-cheddar polenta, roasted jalapeños and braised kale. Diners can also choose from a variety of tacos to make a plate of two for $12 or three for $15, including sides.