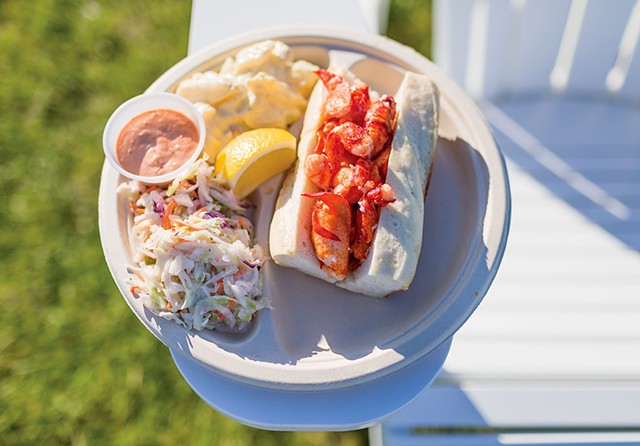 The casual comfort food and slushy summer booze are a perfect match for the marvelous surroundings. In front of the historic house — whose stone foundations date back to 1810 and once supported the local courthouse and jail — Steamship Pier is situated on a grass-covered jetty, surrounded by water on three sides. The eastern edge looks out to Vermont's big peaks on the far horizon.

The western side presents a different view: bartenders cracking open beers and mixing cocktails. The open-air bar is the festive seasonal eatery's anchor. One diner's out-loud deliberations between two frozen drinks — a blue Hawaiian and a strawberry daiquiri — prompted a bartender to kindly share the remains of the first from his blender before mixing up the second. Should you, too, end up with double drinks, place them on one arm of an Adirondack chair and put a lobster roll on the other. 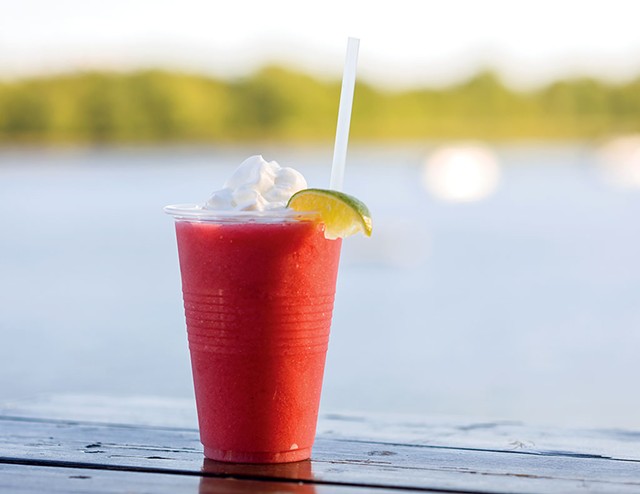 The lobster meat — sweet, tender, moist and plentiful — is poached in butter, dressed with sun-dried tomato aioli and stuffed into a grilled, buttery bun. With a side of potato salad or chips and coleslaw, it's a wonderful summer supper. And a popular one.

On a beautiful day, the restaurant will serve about 200 lobster rolls. "We're famous for that," says owner Walter Blasberg. The meal represents some 50 percent of his food sales. A former investment manager, Blasberg purchased North Hero House in 2000 and opened Steamship Pier in 2010. 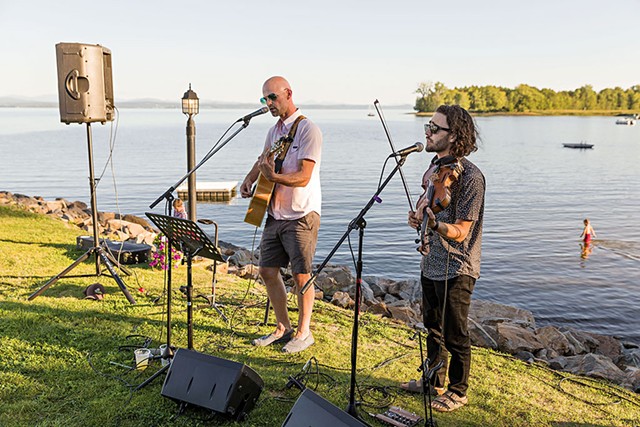 "This is way harder than managing billions of dollars," Blasberg said of running a restaurant.

But being a guest is easy. Two acoustic musicians serenaded diners and drinkers as they watched the water and the sky from the dock on an early September evening. The set included John Prine's "Summer's End" — a peaceful and poignant way to say goodbye to the season.