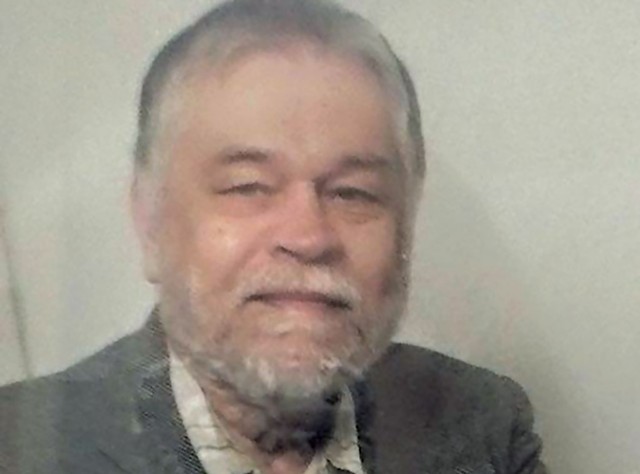 Nine days before he died in March 2016, Ralph "Phil" Grenon left a loud, hostile voicemail for his Howard Center psychiatrist. The police were coming to his South Square apartment to kill him, the 76-year-old Burlington resident said, and he was going to defend himself with knives.

Such telephone messages were a feature of Grenon's schizophrenia, which had regained its grip over him in the preceding months. His psychiatrist, who was on vacation at the time, alerted the center to the message, but staff there did not make note of it in Grenon's medical record.

Had they done so, that crucial information would have been conveyed to city police when they responded to a noise complaint against Grenon later that month, according to a new report. Believing he was suicidal, seven officers entered Grenon's apartment with riot shields and drawn weapons. They found him hiding in his shower with a kitchen knife in each hand. An officer fired his Taser, which was ineffective. Grenon charged; another officer shot him four times.

In the months and years since, the Burlington police faced plenty of criticism for their actions that day. And a new report based on two-year review of the deadly encounter does contain scrutiny of police tactics.

But the report also lays blame on the actions of the Howard Center, which had provided Grenon with help for years. In essence, it says the center failed to intervene when its client stopped taking his psychiatric medication and spiraled into psychosis and crisis.

The Burlington Housing Authority, Grenon's landlord, noticed his struggles and asked the Howard Center to check on him. The organization also copied clinicians on eviction notices it sent to Grenon, though the commission found that neither party followed up.

The last time a Howard Center staff member tried to visit Grenon was on February 26, more than three weeks before the shooting.

"After Mr. Grenon left the March 12, 2016 voicemail message threatening to defend himself with knives should anyone come to his door, no attempts were made to contact him or engage him in treatment," the report states.

The 63-page report was submitted to state lawmakers March 11 by the Vermont Mental Health Crisis Response Commission. Its members met monthly, interviewed a dozen witnesses and compiled documents to create the most complete narrative yet of the Grenon shooting.

"If there's one thing that's clear to me from this, it's that his death was preventable," said commission chair Wilda White, a former executive director of Vermont Psychiatric Survivors, a civil rights advocacy group for people receiving mental health services.

Grenon's death was the catalyst for state lawmakers to create the commission in 2017. It's tasked with studying police interactions with people who have mental illness. The law requires that police refer any incident that results in death or serious injury for review. The commission took Grenon's case as its first.

The 11-member commission produced two separate reports: a primary set of findings reached by a majority of members and a supplemental report signed only by White and Ed Paquin, a commission member and the Disability Rights Vermont executive director.

The majority report attributed Grenon's death generally to a "breakdown in services and communication." Members found mistakes by all of the agencies involved, but the report focused on the Howard Center, a private, designated mental health care provider in Chittenden County where Grenon was a longtime client.

Grenon's decline began when he lost his longtime Howard Center case manager, according to the report. He stopped taking his medication, lost weight, skipped appointments, and left hostile and threatening voicemails for his psychiatrist, who'd recently also assumed the role of case manager.

The behavioral pattern mirrored a similar decline in 2008 that led to his arrest for trespassing at a Kinko's and a subsequent involuntary hospitalization.

On three occasions, Howard Center staff warned individuals of threats that Grenon had made against them in his voicemails. But the Howard Center did not seek to place Grenon in involuntary treatment, according to the report, and did not create a written treatment strategy to address the heightened risk.

"To the Commission, patient behavior that triggers a mental health professional's 'Duty to Warn,' also meets the 'danger of harm to others' criteria for involuntary treatment," the report states.

"We've got good people in our mental health system," said Paquin. "When people get overstressed, they miss things. Our system is overstressed."

As a result, police arrived at Grenon's apartment with "false and incomplete information" and "inadequate resources," a majority of commission members found. As the four-hour standoff unfolded, police failed to consider how Grenon's mental illness affected his ability to comply with commands or how it might shape his reaction to their actions.

Nor did police consult with a Howard Center crisis clinician who was stationed in a nearby car as they devised a strategy to extract Grenon using pepper spray and Tasers.

"Given his mental state, each of their incursions likely heightened Mr. Grenon's sense that he was under attack," the report states. "Mr. Grenon likely thought he was acting in self-defense at the time he was killed."

White and Paquin filed a supplemental report, called "The Other View," that attributed the Burlington Police Department's handling of the situation to implicit bias against people with mental illness. Their report detailed several policies they believed the department — and former chief Brandon del Pozo, in particular — failed to follow, including one that requires special consideration before using a Taser on someone with a "psychiatric disability." The decision to use the device to attempt to incapacitate Grenon inside his small bathroom led to the final, fatal encounter.

"There were command decisions that were made that put other officers in harm's way," White said.

Such bias is also evidenced in more recent city decisions, White and Paquin wrote, including when city councilors did not include a person with a mental illness on a recent committee that was tasked with reviewing how police use force. The commission members also cited what they claimed was a "policy" that bars people who have disclosed a history of mental illness from taking part in police ride-alongs. Their report compared the latter to the medical leave granted to del Pozo last July for mental health reasons. He resigned last December after admitting he'd created a fake Twitter account to troll a critic and lied about it to a Seven Days reporter in the days before he began his six-week leave.

"Surely, if former Chief of Police del Pozo can return to his position following a leave of absence for mental health treatment," they wrote, "there is no rational basis for a blanket exclusion of individuals who have disclosed a history of mental illness from participating in police ride-alongs."

Del Pozo did not respond to a request for comment. He has previously said the situation spiraled out of control when officers' Tasers failed to subdue Grenon. The case was featured in an American Public Media investigation into the non-lethal weapon's reliability.

In a detailed statement, Burlington police Deputy Chief Jon Murad said the department agreed with the commission's majority report and that its officers already abide by the report's recommendations.

"The way we deal with people in mental health crisis is about de-escalation and deceleration — reining in emotion and slowing things down," he said.

Murad disputed White and Paquin's findings, including their critiques about a $150,000 emergency response vehicle the department purchased after Grenon's death that is outfitted with nonlethal tools for crisis encounters.

"Our Emergency Response Vehicle and the vast array of training and tools that go with it are entirely dedicated to this philosophy, and is not, as the report's minority opinion falsely claims, about 'forcible extraction.' That's inaccurate, as is the minority report's calumny that the Burlington Police Department operates with an implicit bias against people in mental health crisis," Murad wrote.

Interim Chief Jennifer Morrison provided Seven Days with a copy of the department's ride-along policy and liability waiver, which makes no direct reference to mental illness. Participants must attest that they "have no medical condition that will be adversely affected by my participation in this program."

"The minority report is factually incorrect in this regard," Morrison said.

One organization faulted, the Burlington Housing Authority, has since moved to a "compassionate" eviction policy, according to the report.

But the Howard Center did not provide any evidence of reform to the committee, the report states.

On Monday, Howard Center CEO Bob Bick released a statement, saying he was grateful for the commission's work. But he critiqued its approach.

"I will note that one of the recommendations made, consistent with legislative intent, was to improve communications among community partners; we believe that the way the investigation was conducted, hampered rather than helped this process," the statement read.

It also speaks to what she sees as a need to hold police accountable for decisions that put officers in situations where they need to kill. Donahue sponsored legislation this year that would narrow the circumstances in which police may use lethal force, but the bill hasn't made it out of committee.

Given the coronavirus outbreak, it's unclear when lawmakers might review the Grenon report, but Donahue expects they eventually will.

"We probably want to hear from the community agencies' side," she said, referring to providers such as the Howard Center. "How are they looking at some of these issues that were raised and identified?"

In the meantime, deadly encounters between police and Vermonters with mental illness are stacking up. In an article she wrote for Counterpoint last year, Donahue tallied five police shootings since Grenon's that would appear to qualify for commission review.

At that rate, Donahue grimly noted, the commission won't have time to review them all.