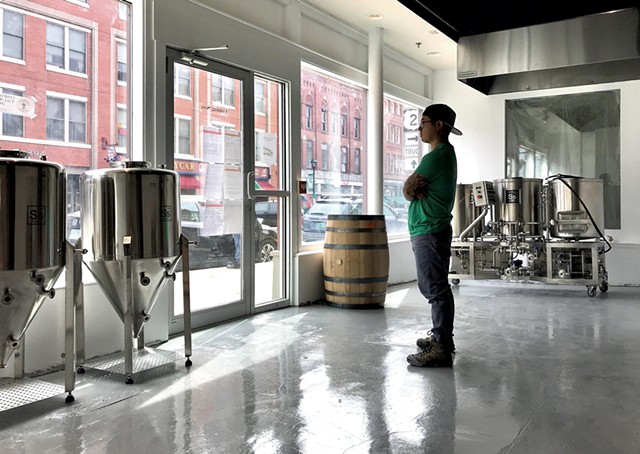 Geoffrey Sewake, CEO of St. Johnsbury's Whirligig Brewing, said he doesn't brew like most brewers. While they typically strive to build name recognition with a flagship drink — think Hill Farmstead's Edward or the Alchemist's Heady Topper — Sewake has no flagship beer, or even consistent offerings of the same beers. Instead, he approaches brewing the way a chef might approach a weekly changing menu, riffing on tried-and-true recipes according to season and whim.

"There's a space for every palate." Geoffrey Sewake tweet this

Whirligig's brews have a through line, though: subtlety. Most of them are light and sessionable with some degree of sourness, but not so sour that it punches you in the face. Using the same malts adds an element of consistency.

Sewake, 39, opened Whirligig in June 2020. He serves beer himself on busy nights in the brewery's taproom, which is currently open on Fridays and Saturdays. His wife, Gillian, sometimes helps with the business' marketing; his mother does the bookkeeping. 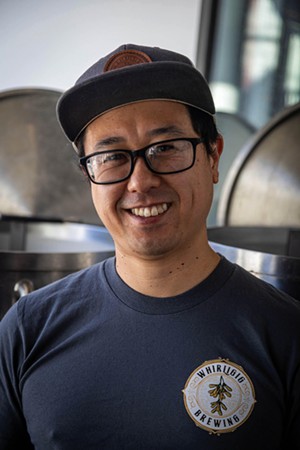 The brewer said he makes beers that will "add to your experience, not necessarily dominate your experience; a beverage you can dig into if you wanted to, but also one you can just drink and enjoy your time." In the summertime, beer that eschews intensity can feel like a liquid respite.

Sewake began his journey to becoming a Northeast Kingdom brewer as a fan of Vermont's microbrews. He was born in Los Angeles, grew up in Washington State and graduated from Vermont Law School, where he played on a rugby team sponsored by Magic Hat Brewing. He fondly recalled securing two kegs of Hill Farmstead Edward for his wedding to Gillian in 2011, just as that brewery was starting to gain big accolades.

A few years later, the couple quit their jobs in New York City and traveled around Southeast Asia, where they ate a lot of street food and took cooking classes. Sewake found that he didn't enjoy legal work and would "rather be a creator," as he put it. He and Gillian, who grew up in the NEK, moved to Peacham in 2015.

Around that time, as the couple was expecting the first of their two children, Sewake's mother gave him a homebrewing kit. An avid home cook and lover of wine, he had previous experience with fermenting bread dough and charcuterie, and he took to the process quickly. The third brew he made at home relied on spontaneous fermentation instead of a commercial yeast; he employs both methods for his different professional brews.

Sewake opened Whirligig with to-go service only, then opened, closed and reopened the taproom as state pandemic guidelines waxed and waned. Because the business didn't operate in 2019, he wasn't eligible to receive funding from the Paycheck Protection Program or the Restaurant Revitalization Fund.

"I haven't paid myself a dime, in order to keep the brewery afloat," he said.

Sewake also sold community memberships to help the business through times when the taproom wasn't open. "I'm humbled by the community support; without their support, I would not have survived," he said.

Last fall, Sewake took a part-time job as a community development coordinator for the Town of Hardwick. Over the winter and early spring ("grant-writing season," he said), he worked in the brewery and clocked 70-hour weeks between the two jobs, completing business paperwork and writing grant applications for the town as his grains steeped and his wort cooled.

He believes his two occupations have similar community-building goals. "That's why I opened the brewery," Sewake said. "I wanted to create a space where people can meet, gather, spend time with friends and family."

The sour section is the most extensive, with about five beers listed in increasing order of sourness. Offerings on a weekend in late May included a mellow mango-and-lime beer, suitable for deck sipping, and two kettle sours — one floral, one with black cherries — that offered refreshing zings with an ABV of around 3 percent. 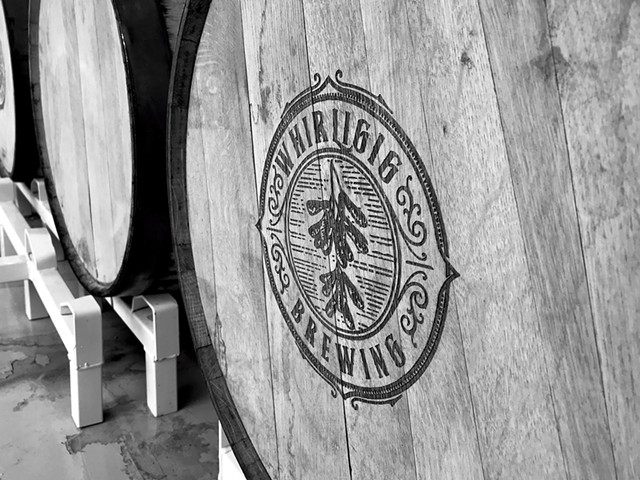 Special beers have included a golden farmhouse ale and a maple stout made with figs. Two recent Weird Stuff selections — a spiced dark sour ale and a fruit sour ale — carried the disclaimer that they were "not for everyone."

In the standard category, Sewake places crowd-pleasing IPAs and New England IPAs. His IPAs tend to be lighter on the palate and less intensely hopped than similar brews because he opts for Mosaic rather than Citra hops.

With this range of styles, Sewake hopes to cater to the preferences of regulars, locals and tourists. "I want every customer to feel welcome and try not to make any assumptions about their knowledge," he said. "Whether you drink a Coors Light on a daily basis or you never drink at all, there's a space for every palate."

All of the brewery's malted grains come from NEK Grains in Waterford. Sewake buys hops from Whitefield Hop Yard in East Hardwick and Champlain Valley Hops in Starksboro. He's also used barrels from Fable Farm Fermentory in Barnard for some batches, taking advantage of the residual ample microflora inside for fermentation.

Sewake brews once or twice per week, all in single-barrel batches. His small-scale, largely local model allows him to make the type of beer that interests him while living his values through his business. 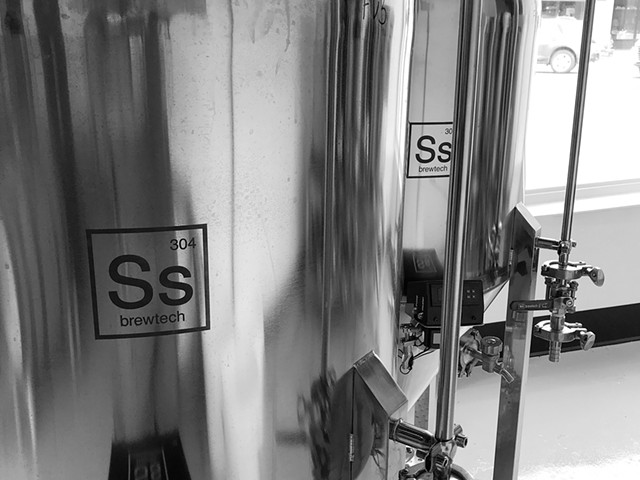 Over the winter, the brewery hosted a smattering of food pop-ups; Sewake didn't charge the chefs for use of Whirligig's kitchen. "My expectation was to help others in the community and to provide other flavors in our community," he said.

Sarah Spence of the pop-up Wandering Vine VT now serves food regularly at the brewery. Her menu changes frequently and leans local; a recent meal was Indian-inspired, featuring baked samosas with fresh chutney and a vindaloo with Vermont pork. The brewer said he and Spence have worked out a financial relationship "based on how she's doing, not a monthly fixed rent."

Sewake, who said he identifies as BIPOC, uses the inside of the brewery as a gallery to showcase art from BIPOC artists. Johnson-based sculptor and painter Harlan Mack's work currently adorns the taproom's walls.

Now that Sewake has another staff member trained, he hopes to keep the taproom open four days per week instead of two. Its minimalist interior is welcoming, but what really beckons is its outdoor seating: a shaded biergarten with tables small and large, ready to receive a summer uptick.