St. J to Get New Café in Neko Case Building 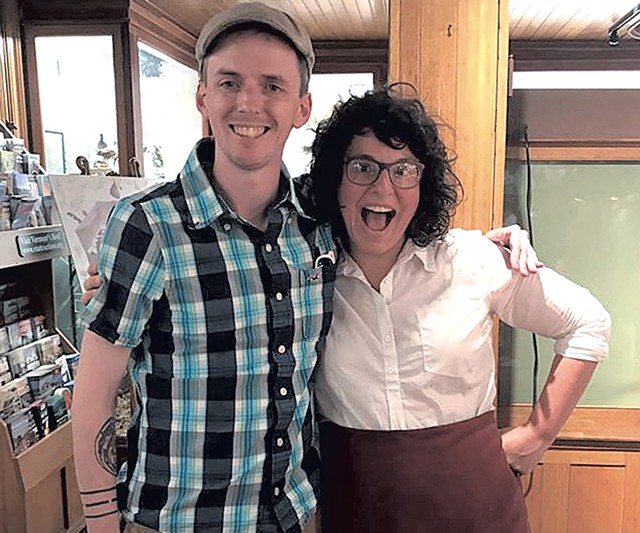 A new breakfast and lunch café, Bread&Butter, will open this fall at 139 Eastern Avenue in St. Johnsbury in a building owned by singer Neko Case. The previous occupant of the space, Dylan's Café, closed last September. Searching for a new operator, Case checked in with Matthew Laughton, a partner in the Café at Gatto Nero Press, located across the street.

Meanwhile, Elise Nickerson — a caterer who has worked at Zabby & Elf's Stone Soup, Bluebird Tavern and Prohibition Pig and traveled widely to study global food traditions — fell in love with the space. "It has a lot of potential," she said. "When I moved to town, I saw it and knew it was my end game." Nickerson teamed up with Laughton to craft Bread&Butter.

The owners plan to ramp up the business slowly, starting with coffee, sweet and savory pastries and some simple fare. Eventually they'll serve full breakfast and lunch, as well as selling grab-and-go items.

Nickerson is excited about cooking that is "ethnically influenced but comes from the Vermont craft tradition," she said. That includes dishes such as roasted chicken with hearty vegetable side dishes, Ayurvedic kitchari, and rice bowls, as well as "basic soups and sandwiches," she said. Much of the produce will come from Joe's Brook Farm in St. Johnsbury, with meats from Northeast Kingdom Processing.

Laughton is leaving Gatto for B&B. His business partner, Florian Rexhepi, will continue its operation with a focus on creating a welcoming environment for students from St. Johnsbury Academy, Laughton said, as well as for the public at large.

Nickerson believes the synergy between the businesses will bring new life to Eastern Avenue. "We're trying to make it really sustainable for us, and for the community," she said.

The original print version of this article was headlined "B & B for St. J."