The St. Albans City Council summoned Police Chief Gary Taylor last week to explain his handling of a police brutality incident in which a senior officer punched a handcuffed woman in a holding cell. Yet the only person who actually asked the chief a question was 68-year-old Elaine Robtoy, who'd come to register her disgust.

"I'd like to know what kind of a background check you do on these officers," she said, before Mayor Tim Smith warned that the venue wasn't appropriate for an "interrogation."

It was the first time Robtoy, a lifelong resident, had spoken up at a city council meeting, but she said she felt the chief needed to know she was "ashamed" of the department. None of the three officers present at the scene, she said, should be allowed to wear a badge — anywhere.

Though Robtoy's was a lone voice at city hall, she's not alone in wanting to get bad cops off Vermont streets. The question, for at least a decade, has been how to do it.

Two years ago, state legislators passed a measure known as Act 56 to strengthen police accountability. The law, in effect since July 2018, gave the state more power to revoke a police officer's professional certification and made it harder for cops to hide their pasts. But recent events in Franklin County have underscored the law's limitations.

The St. Albans incident came to public light this month after attorneys for Amy Connelly filed body-camera and surveillance footage in court. It shows sergeant Jason Lawton delivering an uppercut to the woman's face during a confrontation in a holding cell at the St. Albans police station.

Connelly had been arrested at a local bar earlier in the evening. Visibly intoxicated and with her hands cuffed behind her back, Connelly kicked the cell door as Lawton and another officer ate dinner. Videos show Lawton confronting Connelly over the disruption and shoving her into the wall. She became angrier and appears to have attempted to kick him. He pushed her back, then landed the punch. Junior officers Michael Ferguson and Zachary Koch appeared at the door to help subdue Connelly, who was later taken to the hospital.

The chief has maintained that he didn't know about the punch until two and a half months later, when the American Civil Liberties Union of Vermont requested video of the altercation. Taylor subsequently fired Lawton for using excessive force. Ferguson resigned while the internal investigation was under way, and the third officer, Koch, was suspended for an unspecified period for failing to report Lawton's misconduct.

By the time the incident became public this month, Ferguson had already found a new job — as a deputy across town with the Franklin County Sheriff's Office. Yet his new employer says it knew nothing of the Connelly investigation.

It was this sort of situation that Act 56 was seemingly designed to prevent. For years, policy makers and civil liberties advocates had been frustrated by how Vermont cops who'd run into trouble at one department were able to hopscotch to another. The law, a compromise that emerged from a legislative study committee, was meant to lift the so-called "blue veil" in a couple of ways: It requires law enforcement agencies to disclose why a prospective hire departed from their agency, and it mandates that an agency investigate and report officer misconduct to the state Criminal Justice Training Council. The council serves as a clearinghouse for such reports and has newly expanded authority to revoke officers' professional certification because of misconduct.

Police chiefs and sheriffs must also report when an officer quits during an ongoing misconduct investigation. That requirement, CJTC executive director Rick Gauthier said, is supposed to stop a "phenomenon" in which officers keep their professional records clean by leaving before they are disciplined.

Taylor said he allowed Ferguson to resign in lieu of termination during a "conversation" on June 4, one day after he began reviewing his officers' conduct in the Connelly case. But the chief later clarified to Seven Days that he hadn't actually mentioned the Connelly investigation to Ferguson and that the conversation surrounded other, more serious performance issues with the junior officer, who'd been on the force for only a few months.

Taylor said he didn't report Ferguson's departure to the CJTC because, in his view, Ferguson's only error was failing to report Lawton's misconduct.

"I'm not sure that Ferguson's conduct rose to the level of being reportable under Act 56," Taylor said, adding that he believed Gauthier concurred with his assessment. Gauthier declined to comment on that or any aspect of the St. Albans incident.

Ferguson's involvement in the Connelly incident did not appear in the personnel file St. Albans sent to the Franklin County Sheriff's Office, according to the latter's Lt. John Grismore. He described the performance issues contained in the file as "minor." Nevertheless, the sheriff's office briefly put Ferguson, a deputy assigned to court security, on leave once the Connelly case became public. The office reinstated him last week, concluding that he hadn't witnessed the punch.

Ferguson isn't the first Vermont cop this year to quickly find a new job in law enforcement after leaving another on bad terms. He isn't even the first to do so at his new department.

Former Brattleboro officer Sean Wilson faced an internal investigation into allegations leveled by the Windham County state's attorney that he had personal connections to a drug dealer. The department didn't disclose the investigation to the Essex Police Department, which hired Wilson last November, according to the Essex Reporter. Chittenden County State's Attorney Sarah George declined to prosecute any of Wilson's cases owing to questions about his credibility, according to the Reporter, so Wilson resigned in March. He then landed at the Franklin County Sheriff's Office, where Sheriff Roger Langevin hired him despite his personnel record. Wilson resigned on July 26, according to Grismore, "to seek full time employment elsewhere."

The pattern is familiar in the Franklin County Sheriff's Office. In 2016, deputy Nicholas Palmier shot and killed a Winooski man while assisting Winooski police on his way home from work. The shooting was later deemed justified. Before winding up with the Franklin County Sheriff's Office, Palmier had been terminated from two departments: first from Winooski in 2010, then from St. Albans in 2012 for failing to disclose information in a report.

Defender General Matthew Valerio told Seven Days that Act 56 has yet to make a notable difference in how cops move between agencies.

"It really is dependent on who the chief law enforcement administrator is in any given town agency," he said. "Passing laws doesn't really change how administrators respond. There's always a workaround."

Prior to Act 56, the state could only decertify police officers who were convicted of a felony or failed to fulfill training requirements. Now the CJTC can take a range of disciplinary actions, including warnings and suspensions, against officers who are found to have committed misconduct.

Under the new law, however, even Lawton's conduct may be beyond sanction. The law only kicks in on the second offense. Taylor has said Lawton was a standout officer prior to the Connelly incident. He was promoted to sergeant during his nearly five years with the force. Lawton was also the department's union president at the time of his firing, which the chief said he has appealed.

Vermont State Police are now reviewing Lawton's actions. If state prosecutors were to bring criminal charges — misdemeanor or felony — the former officer's certification could be in jeopardy under the new rules.

Connelly's attorneys have pointed out in court filings that Lawton came to St. Albans in 2014 with some well-publicized baggage. While Lawton was a Shelburne cop, a judge chided him for his testimony in a traffic court case over a red-light violation that ran contrary to video evidence. 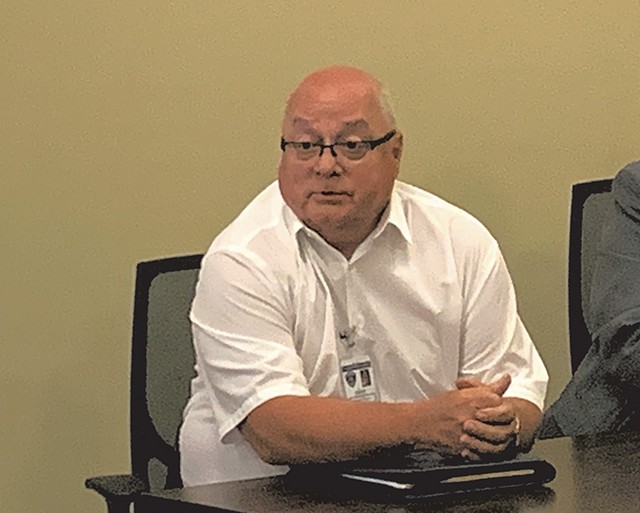 Former Grand Isle state's attorney Christopher Micciche, now in private practice, said he also had a disturbing personal encounter with Lawton over a Shelburne traffic ticket in 2012. Micciche disputed the violation in traffic court, where he alleged that the officer became enraged that Micciche had asked to see a copy of his notes from the stop. In an interview last week, Micciche said he was "dumbfounded" that Lawton hadn't raised red flags with his supervisors.

"There are certain individuals who lack the social skills to be an effective law enforcement officer, and Jason Lawton is one of them," he said. Lawton's union attorney did not respond to a request for comment.

Taylor has said he knew of Lawton's previously publicized controversy at the time of his hiring, but that he would not have hired him had he known more details.

The Franklin County State's Attorney's Office, which may soon consider whether to bring criminal charges against Lawton, did not flag the officer's testimony in the red-light case as a credibility problem. Prosecutors "did not conclude that" Lawton had perjured himself, so they didn't disclose the incident to defense attorneys, deputy state's attorney John Lavoie wrote in an August 9 brief in the Connelly case. The state also doubled down on its prosecution of Connelly, amending the assault charge against her to increase the maximum penalty for her allegedly kicking Lawton.

"Sargent [sic] Lawton has lost his job because of a single punch to the defendant's face," Lavoie wrote. He went on to note that Connelly was so drunk that she licked the wall of the holding cell, while Lawton had "saved the lives of fellow officers and residents" during an officer-involved shooting last year in which an armed suspect allegedly pointed his gun at Lawton and another officer. "The public should hear the complete story," Lavoie wrote.

Jay Diaz, a staff attorney with the ACLU of Vermont, criticized the State's Attorney's Office for continuing to prosecute Connelly. He said it creates an appearance of retaliation against a citizen who called attention to police misconduct.

"We all should be thankful for that, because we all know what happened," Diaz said, "and an abusive officer is off the streets."

But keeping them off the streets? That's harder still.