Squimley and the Woolens, 10,000 Fire Jellyfish 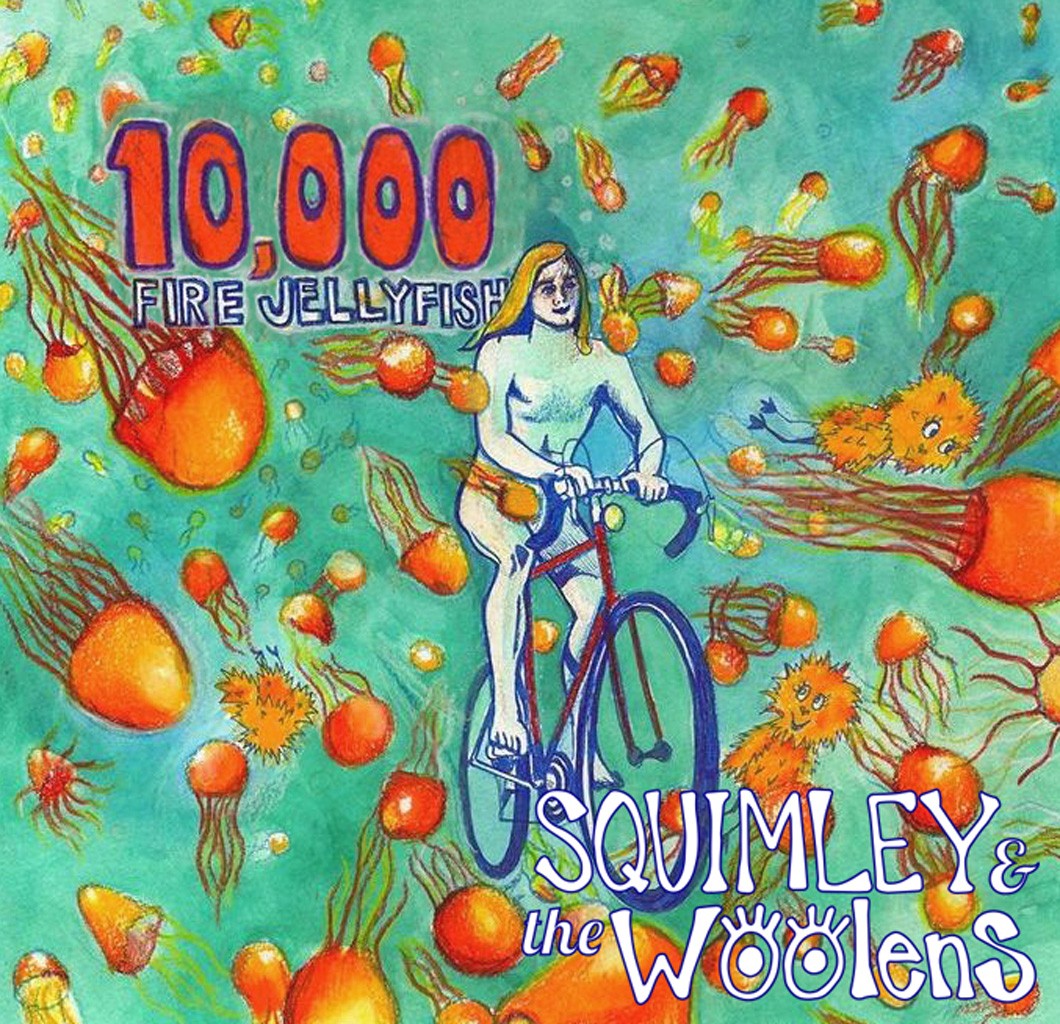 All of which brings us to 10,000 Fire Jellyfish, the debut album from Squimley and the Woolens. As countless Burlington bands have before them, the quartet emerged from the dank college-basement scene before hitting local stages. And they are a jam band — a decent one, at that. There's no shortage of heady jams and grooves throughout the record's 10 tracks, but this debut is intriguing because of the sounds found between those spaced-out interludes. These moments reveal a genuine artistic curiosity and musical scope that goes well beyond your average noodle wanking.

The band's stated influences — the worldly Toubab Krewe, funk legends Parliament Funkadelic and postrockers Explosions in the Sky — can be heard to varying degrees throughout Jellyfish. A slow-burning funk groove opens the record with "Warm When Wet." "Not Another Dumpling Plate" is moody and expansive, as is the album's most overtly jammy cut, "Atticus." "Third Field" evolves from cinematic art rock into bustling freak-out jams. "Lone Rock" fields a hypnotic reggae groove. "Bill's Thrills" is classic, slap-bass-driven jam rock that borrows melodic cues from Pink Floyd. And "Diotima's Tale" is pleasantly meandering stuff that brings the record to a satisfying, spacey finish.

Throughout it all, the band manages to balance its jammy tendencies with an acute sense of songcraft and melody. Squimley mostly keep flights of fancy to a minimum — no song breaches the seven-minute mark — and remain in service to the larger composition. 10,000 Fire Jellyfish is a promising debut from an intriguing band that doesn't have to depend on jams to jam out.

Squimley and the Woolens play a release party for 10,000 Fire Jellyfish at Nectar's in Burlington on Tuesday, April 15. The album is available at squimleyandthewoolens.bandcamp.com.