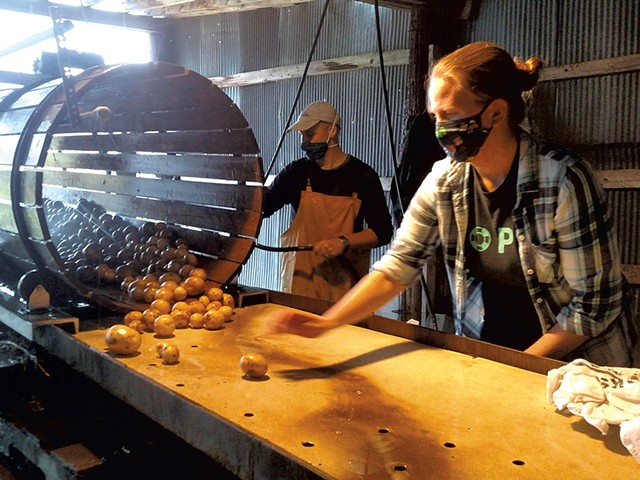 When Mark Cannella and his family named their 12-acre homestead in East Montpelier Valentine Farm, it had nothing to do with February 14.

The name honored Cannella's grandfather, Willis Valentine Miller. "He had a big influence on me," Cannella said.

But over the past few years, the farm has also lived up to its name by spreading the "spud love," as he put it.

With the help of family, friends and local nonprofits, Cannella has donated several thousand pounds of potatoes to those in need in central Vermont.

About a decade ago, Cannella was a partner in a specialty potato farming business in South Burlington. He moved on to support farmers around the state in his role as a University of Vermont Extension associate professor, but Cannella missed hands-on farming.

He started growing potatoes again to donate through his church, local food shelves and senior centers. In early 2020, a friend who owns an East Montpelier orchard connected Cannella with Allison Levin, founding executive director of the Berlin-based Community Harvest of Central Vermont. 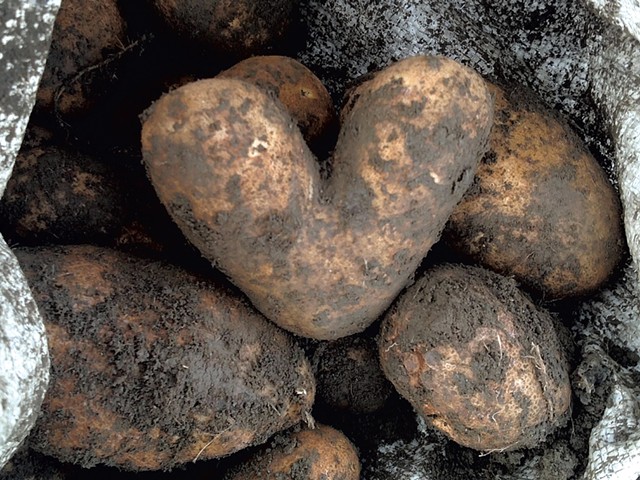 The gleaning and food-recovery nonprofit works with farms, many small local organizations and hundreds of volunteers to get food in "the right amounts to the right place at the right time," Levin explained.

As need has skyrocketed, her organization has harvested, cleaned and distributed more than 720 pounds of "beautiful, first-quality" Valentine Farm potatoes to nine different nonprofits to date, she said.

With the encouragement of friends, in January Cannella launched a GoFundMe campaign for $650 to cover the cost of seed potatoes (which he'd previously covered himself) and invest in an irrigation system for better yield. He admitted that he felt uncomfortable asking for financial help.

Within three days, the campaign exceeded its goal and has since reached $1,000, which will enable Valentine Farm to grow more than 3,000 pounds of potatoes this year.

"I do this because I love to grow stuff," Cannella said. It's a huge bonus, he added, "that the stuff I'm raising is going to people in need."