Springfield Entrepreneur's Expandable Cabin Can Set Itself Up in Different Locations 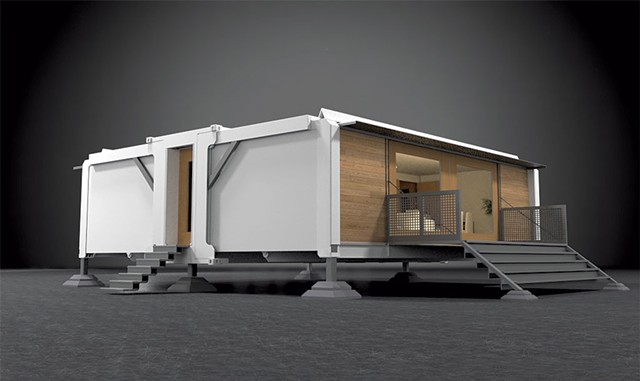 David Jaacks, a Springfield entrepreneur with a degree in architecture, hopes to transform the way the world lives with an expandable steel-frame cabin that can set itself up on legs in a variety of locations.

The patented home is designed to leave the factory in the form of a 20-foot-long shipping container. At its destination, the legs come down automatically and the building rises, enabling the truck to drive out from underneath it. It then unfolds to become a 450-square-foot house, complete with furnishings — like an oversize camper that could serve as durable shelter for years.

Jaacks envisions parents occupying their movable homes in the yards of their adult children — and government agencies using them as emergency shelters or offices. These uses fit into a movement known as nomadic architecture, which caters to those who want the freedom to change the view from their living rooms.

Jaacks has a history in this field: His previous business, Konrad Prefab, built the mobile lactation pods used by Mamava, a Burlington-based company working to make breastfeeding more accessible. In 2020, he purchased the designs of a British company, TenFold Engineering, and started adapting those to build the expandable homes at his industrial space in Vermont.

Most modular homes aren't made to be moved repeatedly, and campers are too small to be comfortable long-term. The steel home designed by Jaacks' TenFold is roomy but comes in a size that can be trucked without permits. And the setup doesn't require heavy equipment; an app directs the assembly, which takes about four hours.

Jaacks originally thought the retail sector would be most interested in TenFold's structures. But he found a greater demand: Many workers — freed by the pandemic to move where they want — are having trouble finding houses to buy.

"What we have seen in the last two years is that there is a significant market for relocatable buildings," Jaacks said. With an expandable unit, he added, "you have a home that you can relocate within a moment's notice, and do it cost-effectively."

One of the things that sets TenFold's designs apart is the steel. Most mobile buildings are made of wood or other conventional materials. But steel, Jaacks said, lends itself to automation in a way that wood — which changes with temperature and other conditions — does not. And automation is key in an economy where construction labor is in short supply. 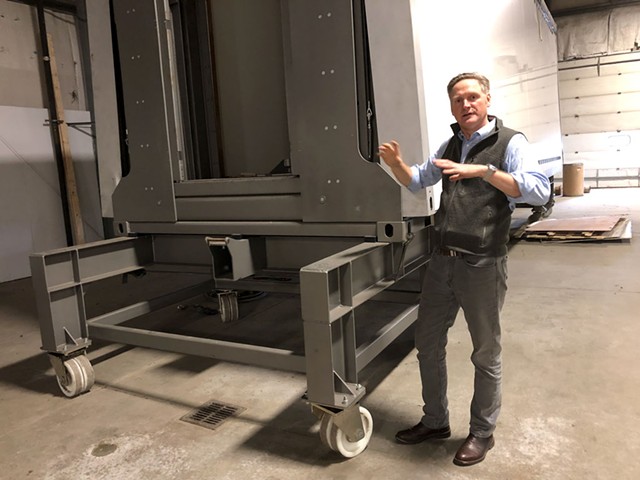 A TenFold prototype in Jaacks' factory has expandable roof panels that hang at its side like wings. Jaacks spent the past year working with engineers to perfect a 45-pound hinge that does much of the work of expanding the building.

Further work on that prototype will soon move to Kentucky, where the machinery TenFold needs is available. In July, TenFold received $500,000 in federal COVID-19 relief money from the state Agency of Commerce and Community Development's Capital Investment Program; Jaacks said he plans to move production to Springfield and, as TenFold grows, keep at least the R&D local.

Jaacks said he's received 30,000 inquiries from potential buyers all over the world. The homes are expected to be costly — about $350 per square foot. That's a third more than the typical cost of a stick-built home in Vermont, but it's a bargain for someone who wants to plant their house near a ski area or on the California coast, where a three-bedroom ranch can cost millions.

"If you hire a professional driver to relocate it, it's easy to deploy at each location," Jaacks said. "You could actually be a snowbird and literally move from one piece of land to another in short order."