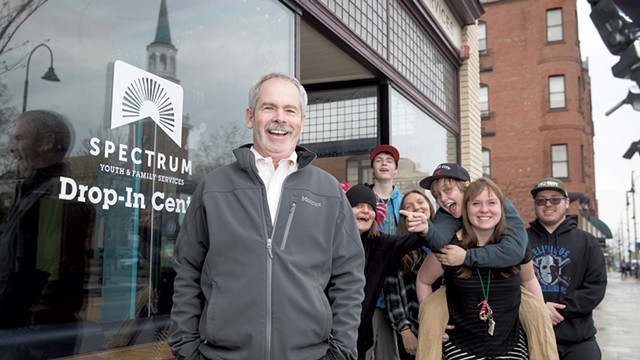 In 1981, Mark Redmond walked away from a high-paying management training program at Metropolitan Life Insurance in New York City and accepted a live-in position at Covenant House, a shelter for runaway and homeless teens in Times Square. His stipend for working full time in the roach-infested shelter during the city's raging crack cocaine epidemic: $12 per week.

Looking back, Redmond calls it one of the best decisions of his life.

In his memoir, Called, the now-63-year-old executive director of Burlington nonprofit Spectrum Youth & Family Services does what he does best: He tells stories, most of which are about changing the lives of troubled youth and how they, in turn, change him.

Raised in a large Irish Catholic family on Long Island, Redmond is an accomplished storyteller. In 2017, he competed in the Moth GrandSLAM storytelling championship at the Flynn in Burlington; two years later, his one-man show "So Shines a Good Deed" was featured at the United Solo Theatre Festival in New York City.

In spring 2020, when Vermont went into pandemic lockdown, Spectrum had 16 residents in its shelter, sharing bedrooms and bathrooms. Redmond feared that COVID-19 would spread the way it had in some Burlington nursing homes, so he told all but essential staff that they could work remotely. He did the same.

Spared the one-hour daily commute from his Essex home, he used that extra time to write Called. But Redmond didn't need to start from scratch in crafting a memoir. Some of the stories in the book he's already told onstage. Others he's recounted in op-ed pieces published in the New York Times, the Washington Post, HuffPost and Forbes, and some he shared with Seven Days for a May 3, 2017, cover profile.

Though most of Redmond's tales are about his successes, he doesn't shy away from relating his failures. Because he works with young people who often battle depression, substance abuse, past traumas and self-harm, those failures can be devastating, even life-altering.

Redmond describes himself as an "Óscar Romero Catholic," a reference to the late Salvadoran archbishop and social justice activist. He writes about how his faith guides his decisions and gives him inner strength — without sounding preachy or sanctimonious. His stories, many of which he tells in his clients' own words, offer insights into what's possible when an individual or organization refuses to give up hope on those whom others consider lost souls.

SEVEN DAYS: In Called, you recount the story of Tony Turner, a longtime drug dealer and user whom you befriended. Before Tony turned his life around, he would occasionally ask to meet you in New York City, then not show up. Why'd you keep coming back?

MARK REDMOND: I don't know. Each time he stood me up, I was like, "That's it! I'm done! I've gotta drive [from Westchester] to New York City, find a parking spot ... I'm not doing this anymore!" And then six months would go by, and he'd call me again, and I'd forget about what happened.

But I've known Tony since 1981. He was one of the first kids I met at Covenant House, and I just felt this bond with him. No matter how many times he burned me, whenever he reached out, I would give him another chance. And it paid off. He's doing really well now.

SD: Where do you draw the line between giving someone a second, third or fourth chance and enabling their bad behavior?

MR: That's the tension in all the work we do. It's the tension we have at Spectrum every day. What's helping versus what's enabling this person to not take responsibility for their life? Or is their behavior just part of the [recovery] process? It's gray. There are certain red lines we have to draw. After physical violence, threats of violence or racial slurs, we're like, "No, you're not coming back." But with other kids, our staff's patience goes beyond even my own. They hang in there with these kids for so long.

SD: You've worked with thousands of homeless youth, most of whom had very difficult childhoods. What enables some kids to succeed while others do not?

MR: I don't know. I asked one of our counselors, who worked with a kid for years who later died of an overdose: "The ones who succeed, what's in the secret sauce?" And she said, "Resilience." The people who succeed in life aren't necessarily the smartest, but the ones who keep trying and keep coming back. 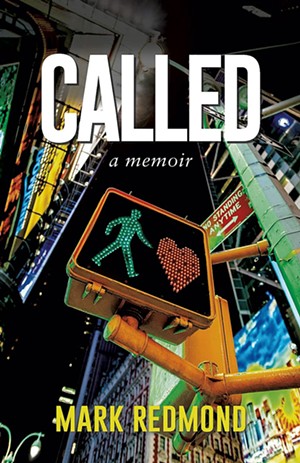 So how do you teach that? Is it innate? I do think it's something that can be encouraged. OK, that job didn't work out? Let's look for another job. You failed out of college? OK, what else do you want to do besides college?

And then sometimes they surprise you. One Spectrum kid left us after many years. There used to be a warming center at the Ethan Allen Club to get people out of the cold. [I go in there one day,] and there he is. I was like, Crap! That's not what we hope for. We failed him. But just last week, I'm walking on Pearl Street, and there he is. We recognize each other. He's got an apartment now, and he's doing OK.

So what's the lesson there? We thought we had a terrible outcome, but it could still turn out OK. Or the opposite: I just ran into a young person who I thought was doing really well, and now he's a meth addict and barely getting by.

SD: Your religious faith has guided you through some difficult times, yet you never use your position of authority to proselytize or encourage religious beliefs in the young people you serve. Why not?

MR: There's a famous quote from Saint Francis of Assisi: "Preach the Gospel at all times. When necessary, use words." I decided early on that [religion] is a set of beliefs, but even more than that, it's a way you live your life, and mine is a life of service. If people want to know more about that, or if they catch on that I go to church on Sundays, they can ask me. But I'm not going to push it on anybody.

SD: Have you ever discussed religion or spirituality with your clients?

MR: Only once. There was this girl at Spectrum, a wonderful kid, really nice. She had an eating disorder, and she was basically killing herself. And she would sit up at the top of Church Street reading a book, and I would often see her. And I don't know why I did it, but one time I walked by her, waved and said, "I just want you to know that I'm praying for you." It's the only time I ever did that in 40 years. And she leapt off the bench and said, "It's working! Your prayers are working. I'm feeling better!"

I remember walking away and thinking that she seemed so hopeful — and then she took her life a few months later. I've often thought of that. It didn't lead to her suicide, but was it the right thing to do? I felt it was generic enough. You can say, "I'm praying for you" if you're Buddhist or Jewish.

SD: One of the biggest parts of your job is asking people for money. Has it gotten any easier?

MR: There's always that little butterfly you get [in your stomach], even though I do it all the time. "You've been giving us $10,000 a year, and that's so wonderful. Thank you so much! Now, can you give us $20,000?" It's like asking somebody on a date when you've been single for years. You just force yourself to do it, and you get used to it. And you know what? These rich people know why you're there. They get asked all the time. So if they come in [to Spectrum], you can't be shy about asking them for help.

SD: Can Spectrum be reproduced in other states? Or is its success something that's unique to Vermont?

MR: There are Spectrum-like organizations elsewhere — Urban Peak in Denver, Preble Street in Portland, Maine — and I've gone to visit some of them. Is it a Vermont thing? I don't know. But we want to expand. We're in St. Albans now [with a new drop-in center for young adults], and I just got an email the other day from someone in Barre saying, "We need Spectrum here, too."

I don't want it to be cookie-cutter, but I do think that what we do is needed in other cities in Vermont. But it has to be organic, and we have to be invited in. If we go to Rutland or Brattleboro and there's a group who wants to do this and we can train them, great! I don't necessarily need to own this.