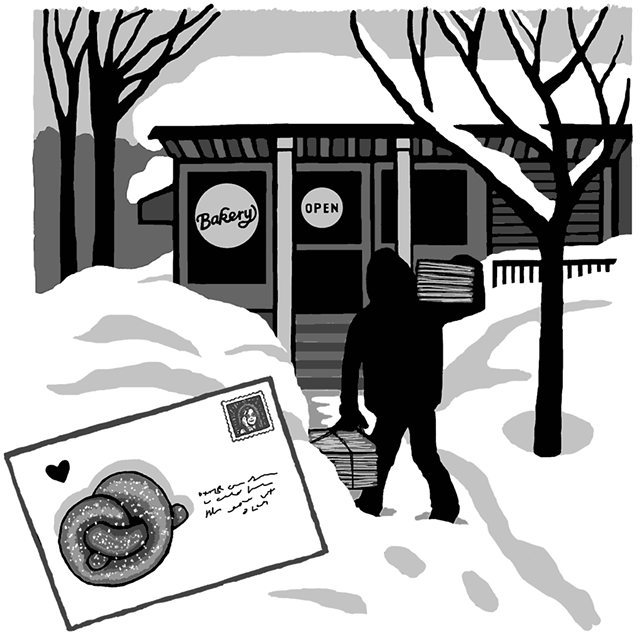 Every week, Seven Days' sales team, writers, editors, designers and proofreaders race against time to put out a brand-new issue, filled with fresh content and free of charge, for our readers. But all that hard work would be for naught if we didn't have drivers to bring the product to the people.

Currently, some 15 drivers — aka "delivery technicians" — load up their cars and vans and ferry 36,000 papers to nearly 1,200 locations across central and northern Vermont, as well as Plattsburgh, N.Y. Like postal workers, they're undeterred by heat or cold, drenching downpours or winter snowstorms. And because Seven Days' circulation is audited, they also keep meticulous track of deliveries and returns.

The odd thing is, many of the other employees — those in sales, editorial and design — never even meet these drivers, who convene at the loading docks in our building every Wednesday morning. By the time the press trucks in the papers and the drivers whisk them away, the rest of us are focused on creating the next issue. 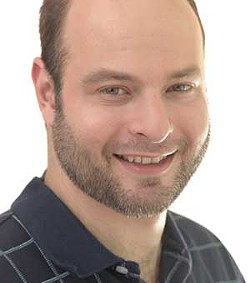 But Seven Days drivers often develop rich relationships with people along their routes. They get the kind of firsthand feedback that other employees can only experience vicariously at staff meetings — when our ever-cheerful circulation manager Matt Weiner gives us reports from the field. Stressful day at the office? Angry letter to the editor? Matt shares the love and makes it all worthwhile.

For this dedication to our drivers, we asked Matt to pen a few thoughts, and this is what he wrote:

Few things in my life have left me with a more rewarding feeling than spending a day bringing Seven Days to the public. I have been doing it every week since 2006. Even now, as circulation manager, I still get out on Friday evenings to tidy things up and deliver some restocks around Chittenden County. It's the smiles and interactions that keep me going out on the road.

Indeed, it is a surreal experience having folks erupt with praise and joy at almost every location you walk into on a Wednesday. The way people's faces light up when they see you coming through the door with arms full of Seven Days. The endless support and gratitude as you work your way through your delivery zone. At times it feels like approaching the finish line of a marathon.

We have some very loyal readers, to say the least. Folks love the opportunity to share how they feel about the paper, as well as the state of the media in general. I've been the recipient of countless five- to 10-minute speeches on why Seven Days rocks. People like to tell me their favorite sections of the paper, or how loyal a follower they are.

Tomas Ruprecht has been delivering Seven Days between Middlebury and Rutland every week for the past three years, and he also likes to share his experiences from the road. In fact, he's been turning some of them into thoughtful, observant little essays. Tomas, who claims he has "the best job at Seven Days," appreciates how both he and the recipients on his route are "links in a chain" of relationships. One of his mini stories demonstrates just how special those relationships can become:

Otter Creek Bakery in Middlebury is a gem of a spot that has a deep assortment of everything one would expect from a bakery. More often than not, after delivering their papers, I'd treat myself to a cookie or some homemade petit pains. About a year ago, I trudged into the bakery through heavy snow with my stack of papers. I was on my way out when someone stopped me at the door and handed me one of their soft pretzels — on the house. A small token of appreciation for a delivery driver under attack from the elements.

This baked-good gesture did not go unnoticed. A letter of thanks was due. Better yet, a postcard. Who doesn't love a postcard? I decided to send Otter Creek Bakery a postcard praising my newfound love for soft pretzels. I found an incredible Janis Joplin stamp, and off it went.

Fast-forward a week and I was back on my route delivering this fine publication. While at the bakery, I asked if they got my postcard. Their answer came in the form of another pretzel. I tried to say no, but found myself carrying the pretzel out the door. In my mind, only one thing could come next. When I got home that night, I fashioned another postcard professing my love of pretzels.

Born out of the stormiest of Vermont days was a genuine and kind gesture, which in turn led to a correspondence that acknowledged and paid tribute to it. A year later, this unspoken arrangement of postcards for pretzels is still carrying on.

Nat Michael has been with Seven Days since the paper's very first week. She lives in Underhill and her route covers northwestern Vermont. When we asked her to contribute to this anniversary piece, her feedback surprised us. It wasn't about delivering papers, per se, but about what Seven Days has meant to her. She warns, "It's personal and soppy."

Along with so much else Seven Days took on in your 20 years, the legalization of same-sex marriage was so profound for so many of us in Vermont. In the early days, as some people were making homophobic comments and even tossing out the paper because you had same-gender personals and queer cartoons like "Dykes to Watch Out For," you never wavered. You interviewed drag queens and activists, and sponsored the Winter Is a Drag Ball. You covered civil unions with the care and respect we were not getting in other local media.

As Seven Days won respect and prestige, you brought us along with you. And now Seven Days is 20 and an award-winning, premier publication. Alison Bechdel is on Broadway. And we have full marriage. I'm a queer with rights now, and still delivering this amazing publication — me and my dog. Thank you for all these years — it has been so brilliant.

These drivers and their stories represent so many others, past and present. Like the recipients of Seven Days along all those paper routes, we are deeply grateful to the many drivers who have served them over the years. In addition to Nat, Harry Applegate has been part of the delivery team since very early on. So have Joe and Pat Bouffard, who also played an integral role in the creation of our distribution routes. Where would we be without you? Big love to previous longtime circulation manager Steve Hadeka, and to current manager Matt Weiner and his team: Harry Applegate, Jeff Baron, James Blanchard, Joe Bouffard, Pat Bouffard, Colin Clary, Donna Delmoora, Paul Hawkins, Nat Michael, Dan Nesbitt, Ezra Oklan, Melody Percoco, Tomas Ruprecht, John Shappy and Dan Thayer.

The original print version of this article was headlined "Paper Trails"

Scenes From Sears Lane: The Final Days at a Homeless Encampment in Burlington’s South End

Despite disabilities, beloved family member was “capable of feeling joy, sadness, pain, love and kindness — and expressing it in her own unique and special way”