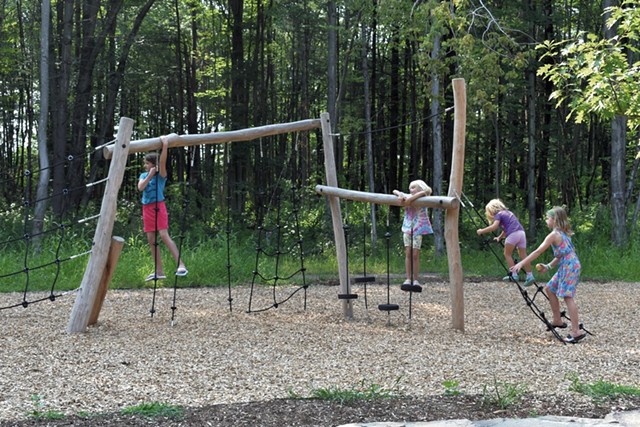 Need a cute-as-a-button mint green desk lamp or a package of cauliflower gnocchi? You'll definitely find them in South Burlington. But a peaceful spot to play and contemplate nature? The suburban community — which boasts Vermont's only Target and Trader Joe's —might not be the first place you'd look.

But it exists — and it's just a stone's throw away from the strip malls and congestion of Dorset Street. It's called City Center Park, and it officially opened to the public late last summer. Never heard of it? Perhaps that's because the only two access points at this time are somewhat hidden on residential Barrett and Iby streets, both just off Hinesburg Road. 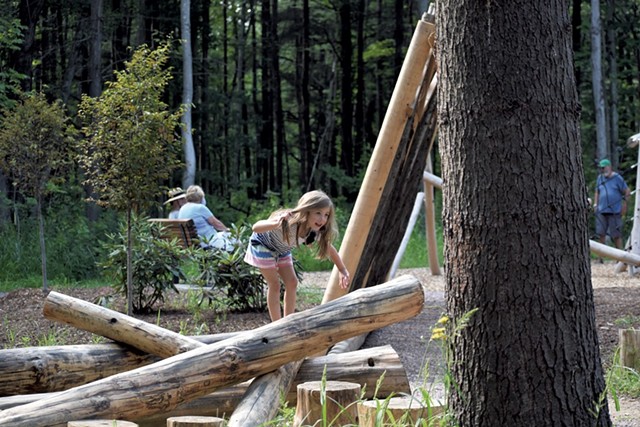 Formerly known as Dumont Park, the 7.65-acre parcel was purchased by the city in 1975 from the Dumont Construction company with money from the federal Land and Water Conservation Fund. Over the years, a rough network of trails, which residents of Iby Street used primarily to walk their dogs, was established there, said South Burlington city project manager Ashley Parker.

Expanding the trails and adding an innovative playground was part of the first phase of South Burlington's City Center project, which aims to create a vibrant downtown area. The other part of phase one — turning the formerly gravel Market Street into a main street open for pedestrian, bike and vehicular traffic — is slated for completion in November and will provide another entrance to the park. 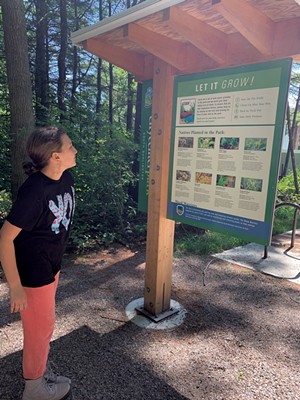 For now, though, from Hinesburg Road, turn north onto Barrett Street, then follow the curve of the road for about half a mile and, on your right, you'll find the main entrance to what Parker calls "a different kind of park." (There are no designated parking spots, so just park on the street.) There's an informational kiosk with a map and, on the reverse side, a description of the plants you'll find along the trails, including red osier dogwood, trout lily and cinnamon fern.

The wheelchair-accessible gravel trail forms a loop that's less than a mile long. Four wooden boardwalks and two bridges keep visitors off of the wetlands, and several short spurs lead to a natural playground in the center of the park.

In a nearby clearing, LandWorks constructed an approximately five-foot-tall spiral wood pile that incorporates wood from trees felled to build trails. Plastic circles are interspersed with the wood. The structure is not sturdy enough for avid climbing but makes for a "nice little piece of public art," says Parker, or a cool spot to take some photos. 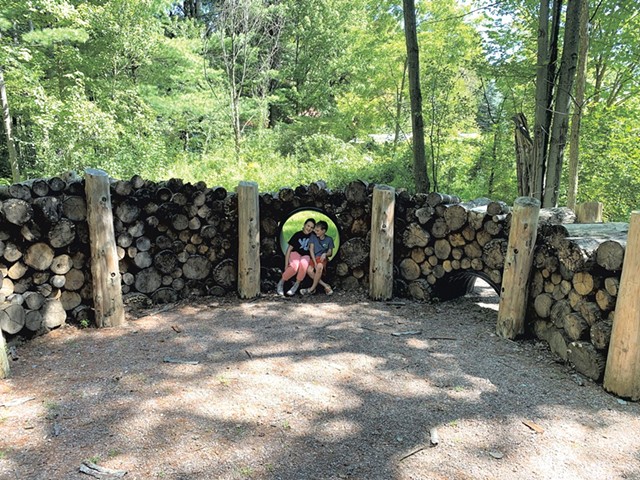 When City Center is fully developed — the next phase of the project includes the construction of a library, senior center, auditorium and city hall on Market Street and is slated for completion in the spring of 2021 — Parker envisions the park as a place where workers will come when they need a break from office life.

Or perhaps you've just finished a morning full of errands, complete with grocery store freak-outs, car seat battles and public restroom shenanigans, and need a place to decompress and eat a few Pumpkin Joe-Joe's. City Center Park has got you covered.

Find the main entrance to City Center Park off of Barrett Street in South Burlington. There is a smaller entrance at the end of Iby Street.