Soundbites: WTF is Going on With Grace Potter & the Nocturnals? 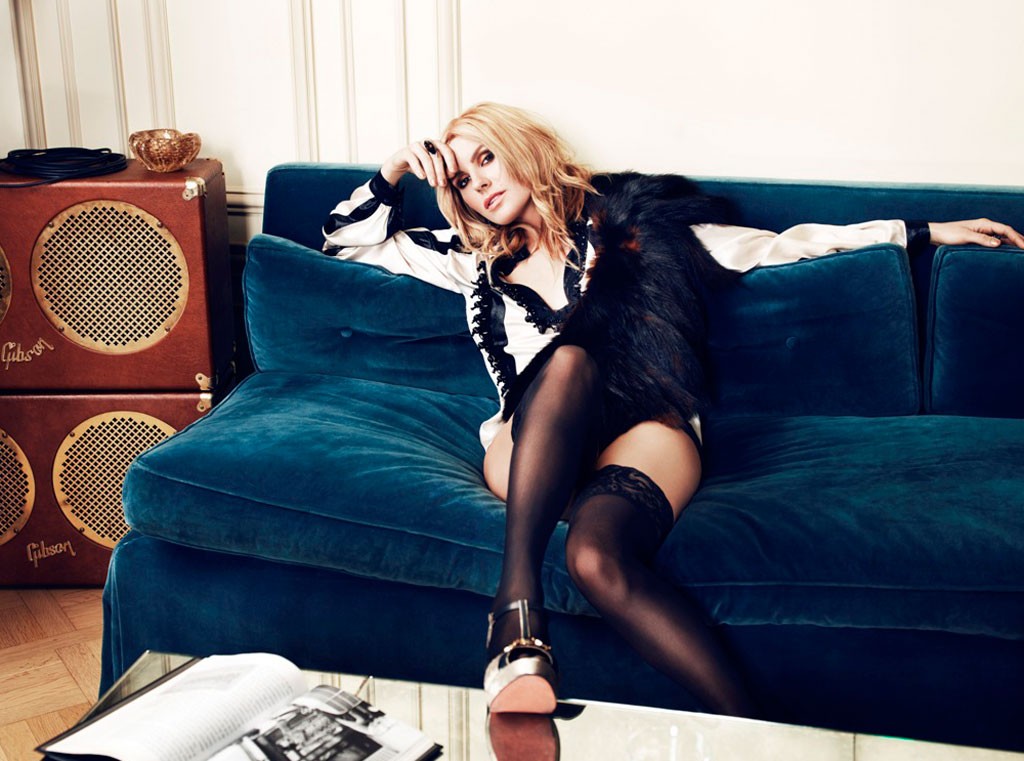 Last week, Grace Potter announced that she'll release a solo record this summer, titled Midnight. In support of that record, she'll also embark on a solo tour, sans the Nocturnals, the group that has been the singer's backing band for more than a decade. The solo dates listed on her newly redesigned website, which appears to have been stripped of any mention of the Nocturnals, include Grand Point North, the Burlington festival Potter and the Nocturnals founded in 2011.

That news alone was enough to raise eyebrows among antsy Potter-heads concerning the fate of the Nocturnals. Then guitarist and founding Nocturnal Scott Tournet posted what appears to be a farewell message to fans on his Tumblr page. At which point Potter Nation promptly freaked the fuck out.

Is Scott leaving the band? Are the Nocturnals breaking up and Grace is going solo full time? If so, will they have to rename Grand Point North so that the initials match whatever moniker Grace ends up going by? Inquiring minds wanted to know.

Unfortunately, as of this writing, firm answers are elusive. But this is what we do know.

While the natural, if knee-jerk, reaction to Tournet's post is that he's leaving the band, he never actually said that. Here's what he wrote:

"A note to all the true fans old and new ... I will not be going out on tour in support of the solo album."

At first blush, that's not exactly earth-shattering news. It is, after all, a solo tour for a solo record, so the fact that the Nocturnals aren't involved is kind of a given. Lead singers of big bands do solo stuff all the time and it doesn't necessarily mean the band is kaput. Jeff Tweedy plays solo a bunch and Wilco are still around. Dan Auerbach, who helped produce the last GPN record, has a killer solo album to his credit and the Black Keys are still together. Hell, Tournet himself has a solo record or two, including the underrated Ver La Luz in 2013. And he's done side projects, too, most notably Blues and Lasers. Musicians play music, and not always with the band that is their bread and butter.

But the next chunk of Tournet's post muddies the water.

"At this time I can't comment any further on anything except to say THANK YOU for all the support you have shown the band and me over the years," he wrote. "It has been a tremendous ride and meant the world to me. I sincerely mean that. THANK YOU. THANK YOU. THANK YOU."

He goes on to say — presumably after realizing his caps lock was stuck — that he's planning to release an album "in the near future," for which he's soliciting fan support via a crowdfunding campaign. That certainly sounds like someone who is planning to move on. But again, he never explicitly says he's leaving the Nocturnals, or that Grace is ditching the band beyond the solo record. Reached via email, Tournet declined to comment to Seven Days on his future with GPN.

(As an aside, I have no idea as to the financial state of lead guitarists in globally touring major-label bands, but if even they need to go the Kickstarter route to make records, maybe the music industry is even more dismal than we realized.)

Matt Burr, who is both the Nocturnals' drummer and Potter's husband, was equally evasive when reached for comment. He wouldn't speak for Grace but did suggest she will divulge more details, perhaps as soon as this week, that might clarify the situation.

In the meantime, all we can do is speculate. And that's way more fun anyway. So...

My semi-educated hunch is that Grace is not bailing on the Nocturnals, at least not permanently. Her new single, "Alive Tonight" is a step or six beyond even the more pop-inclined stuff from latter-day GPN records. The folks at SPIN compared it to Sia, which isn't far off the mark. It's certainly a stylistic shift into dance-pop territory, which is not really the Nocs' forte. After a decade of doing the blues-rock thing, you can't blame her for wanting to try something new.

But that doesn't automatically mean she's abandoning the Nocturnals any more than it meant Tournet was leaving when he made Ver La Luz, or when he and Burr did Blues and Lasers. Given what he wrote on Tumblr and the fan reaction on his Facebook page, it does seem like Tournet may not be long for the band. But he still hasn't explicitly said so. Maybe he was just tipsy and wanted to tell his fans he loves them — kind of like drunk dialing but with Tumblr. Until he comes down one way or the other, we just don't know.

On the other hand, maybe Grace's new sound catapults her into Beyoncé-level diva-dom and the Nocs go the way of Destiny's Child — the website thing is kinda weird. That might make for awkward dinner-table conversation with Burr, but I suppose it's possible. For now, we'll just have to wait and see. 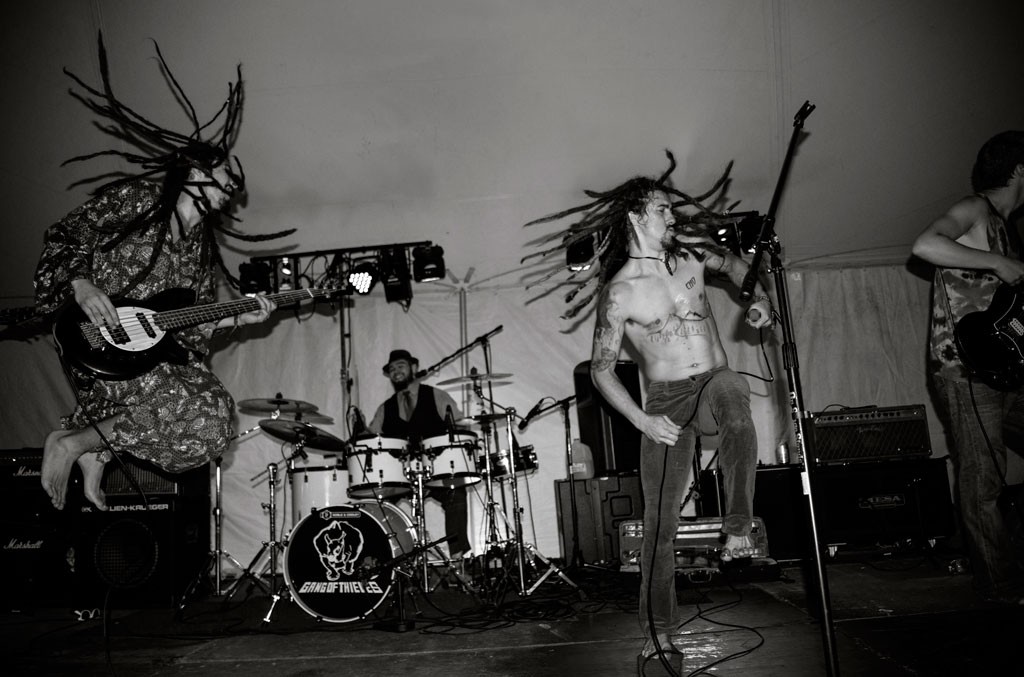 In other news, local funk rockers Gang of Thieves are set to release a new EP this week, called Mantra. We'll have a full review in an upcoming issue, but my initial take is that it picks up where the band's 2014 debut Thunderfunk left off, which is to say roughly 1999.

I mean that in a good way. The band has tapped into a throwback sound that recalls the likes of Sublime, Red Hot Chili Peppers and Less Than Jake to varying degrees. The new EP continues in that vein, but is a little more playful, less in- your-face and, best of all, loaded with nifty horn parts. I dig it. You can catch GoT at Nectar's this Friday, April 17.

Speaking of new releases, Rough Francis — which includes 7D's Bobby Hackney Jr. — have a new seven-inch out just in time for Record Store Day, which is this Saturday, April 18. The record features two new cuts, "MSP2" and "Blind Pigs," and will be available when the band plays the Higher Ground Showcase Lounge on Saturday with Barbacoa and Disco Phantom. But the really cool thing is that, before the show, the band is hosting a record and 'zine fair at the club, where you can check out all sorts of rock-and-roll goodness from local artists. It's kind of like a farmers market, but way cooler and, presumably, minus all the strollers and dogs.

Last but not least, before he was the booking guru at Radio Bean, songwriter Joe Adler was the host of a nifty weekly series at Parima's Acoustic Lounge called Burgundy Thursday. To refresh your memory, each week featured a different set of songwriters sharing stories and songs in an informal "in the round"-style setting. It was a neat and engaging way to check out local tunesmiths. Sadly, when Parima closed, so too did BT end. (It's not the greatest fit for the rowdy Three Needs crowd, I'm afraid.)

Good news! Adler is bringing the series back this week and will likely continue it on a monthly basis. He'll host it at the New City Galerie in Burlington this Thursday, April 16. Joining Adler for the BT redux will be Aaron Flinn, Eric George and Michael Chorney.

Oh, and speaking of Chorney, you can find him with his stellar all-star band Magic City at the Haybarn Theatre at Goddard College this Friday, April 17. That oughta tide you over until his ridiculously good new record with Maryse Smith comes out next week.