Soundbites: Why Care About Net Neutrality?

There's a fight a-brewin' in our hallowed halls of democracy that could have far-reaching, culture-altering implications for, well, pretty much anyone who uses the internet. And there's a better than decent chance you don't really know much about it.

You may have heard the term "net neutrality" bandied about in the news. Or maybe you've seen it from that one eternally outraged friend you have who keeps posting obscure articles about it on Facebook, but you ignore them to take the latest quiz about which "Game of Thrones" character your dog is. (Tyrion Lannister, BTW.) The fight over net neutrality has been raging for a while now, but it usually takes a backseat in major media and social media circles to more pressing issues such as deflated footballs, the latest on Kim Kardashian's ass, inane Kanye West antics and hysteria over diseases you almost certainly will never contract. Stiff competition, eh?

So can anyone out there tell me what net neutrality is and why it's important?

Ah, Kevin Erickson, the communications and outreach manager of the Future of Music Coalition in Washington, D.C. Whatcha got?

"At the most basic level, it's the idea that the internet should treat all legal content the same, regardless of whether it originates with deep-pocketed corporations or individual citizens."

Excellent. Thank you, Kevin. Now, I should point out that this is a local music column. So how would net neutrality relate to musicians, specifically?

"For musicians and other creators, this is crucially important for access to audiences. It's what enables the internet to be a more level playing field, where the barrier of entry is low, and more different kinds of voices can be heard. It means that music services are able to compete on their merits, on how well they serve the needs of musicians and audiences, rather than who can afford to strike big-money deals with ISPs [internet service providers]."

Thanks again, Kevin. So, in other words, net neutrality means maintaining the internet as an open resource that is equally accessible to anyone and everyone — aka, the internet as we (mostly) know it. Sounds good, right? I mean, who in their right mind would want to restrict access to the greatest communications tool in the history of mankind?

Greedy assholes, mostly. And there are a lot of them, which is where the issue becomes, well, an issue. If net neutrality is not made into law, the internet could become a very different beast than the one to which we've grown accustomed.

Right about now I should reveal that Erickson's quotes above are from a recent email exchange with Seven Days, and not the imaginary classroom setting I just concocted as a gimmick to get into said interview. Erickson, by the way, works with our old friend, and my 7D predecessor, Casey Rae at FMC, which is a nonprofit musicians' rights advocacy group that is championing the cause of net neutrality. Erickson will appear as part of a panel discussion titled "The Future of Creative Industries," on Wednesday, February 25, at Champlain College's Alumni Auditorium, where he'll delve as deeply into net neutrality as you'd ever dare to go. (And, yes, that panel is the same day this paper hits the streets, so apologies if you don't see it in time. But it's not like the issue is going away.)

In advance of that discussion, we asked Erickson a series of questions in an attempt to illustrate the basics of net neutrality, because it really is an issue that not enough people are talking about. Here is the rest of that interview. And for more on net neutrality, visit futureofmusic.org.

Seven Days: What is the basic argument against net neutrality? 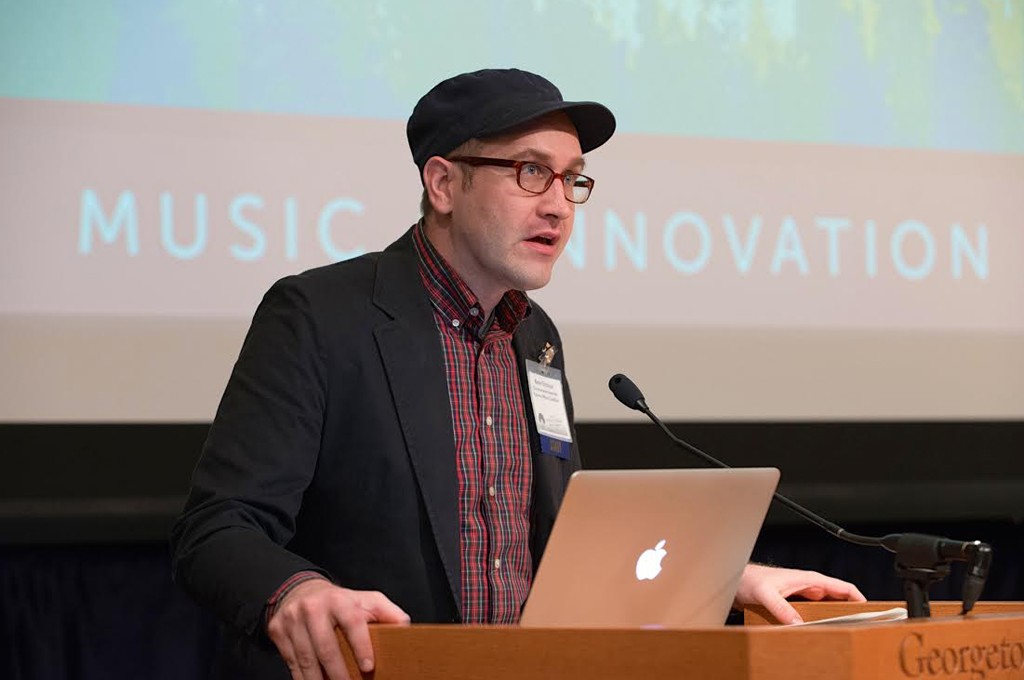 SD: Who are the major players on both sides?

KE: Net neutrality advocates comprise an incredibly broad coalition of people with very widely divergent views about politics. In the musician community, for example, we're seeing people like Joe Perry from Aerosmith — an old-school Republican — standing up alongside feminist heroes like Kathleen Hanna. We're seeing platinum-selling musicians from R.E.M. to indie upstarts like Radiator Hospital; from hip-hop activists like Jasiri X to contemporary jazz innovators like Vijay Iyer. And outside music, there's the same kind of diversity. Civil rights groups, technology companies, consumer advocates, Republicans and Democrats have all come together.

On the other side, we have the big telecom companies and their army of lobbyists. And they're formidable, influential opponents. Comcast alone spent $17 million on lobbying in 2014.

SD: Where does President Obama come down on all of this?

KE: Obama's been a longtime supporter of net neutrality. As far back as his first presidential campaign, he was unambiguous in his support for net-neutrality principles. In November, the White House went even farther in outlining what specific kinds of rules the president would like to see and the preferred legal framework to back up the rules. That's important because net-neutrality rules are only as good as their ability to hold up in court. We know whatever rules get put forward, ISPs are likely to sue to avoid being regulated.

SD: Where are we in the process of resolving the issue?

KE: The five commissioners of the [Federal Communications Commission] are voting on new rules on Thursday, February 26.  FCC chairman Tom Wheeler's proposed rules will include the strong protections preferred by net-neutrality advocates and the president. And it's expected to pass in a 3-2 vote. Meanwhile, some in Congress have been floating bogus net-neutrality-in-name-only bills that would interfere with the FCC's ability to do its job.

SD: If ISPs are ultimately allowed to differentiate how they provide service based on users, content, etc., what would the internet look like for the average consumer?

KE: It will mean that rich companies that can afford to pay ISPs will find their content reaching consumers quickly, while the rest of us get relegated to the slow lane. Consumers could start to see "discount bundles" that offer them only access to a few sites.

Ultimately, the internet could end up looking more and more like cable TV, where websites are bundled and curated, rather than a place where information and ideas flow freely. It could be harder and harder for critical and alternative voices to access audiences.

SD: This is obviously a complicated issue. What are some of the subtleties involved that might not be getting enough attention?

KE: One important issue is the inclusion of wireless services in net-neutrality protections. There are a lot of consumers, especially lower-income consumers, whose only access to the internet is through their phones and mobile devices, and it's incredibly important that they enjoy the protections of net-neutrality rules as well.

It's important to understand that this dispute is not just about commerce, not just about whether your Netflix loads slowly, but about free expression. And that's true for any artist working in any discipline who uses the internet to communicate with their audiences. That's why it's so central to any 21st-century conversation about arts infrastructure and creative economies, and so important to any local arts community.