Given last week's mea culpa over my misrepresentation of Bow Thayer's live album Eden: Live at the Chandler in a recent review, a few items planned for that column had to be shelved. The biggest casualty was a chance to fully debrief on the spectacle that was Waking Windows 4, two weekends ago in Winooski. It was, in highly technical music-journalist parlance, the tits.

Even in the abbreviated amount I was able to catch — I missed the Saturday and Sunday festivities because I was out of town — the energy circling the roundabout was electric. The festival had a palpable buzz this year that reached beyond hardcore music fans and resonated with more general audiences. And that's key. One criticism that could be made of previous WWs was that they felt a little too cool, which can alienate your average weekend warrior. I've never agreed with that criticism — Waking Windows has always had a welcoming vibe — but I understand it. Indie crowds have a reputation for music snobbery, and nobody wants to go to a show and feel like the dork they were in high school.

But even given the decidedly underground bent of the WW4 programming, I noted a wide cross-section of attendees, from rabid scenesters to casual concertgoers. That tells me Waking Windows has crossed just enough into the local mainstream to inspire curiosity with larger audiences while retaining its cool cachet. And that, friends, is a really exciting development. For one thing, it means future festivals should have enough fan support — aka money — to continue growing and attracting even more talented and noteworthy artists. Few words in the English language make my soul weep more than the word "brand," especially when applied to music. But a brand is exactly what Waking Windows is becoming. And in this case, that's a great thing.

Shortly after the festival concluded, the two primary architects of Waking Windows, Angioplasty Media and MSR Presents, announced they were merging into a new production company called Waking Windows Presents. On the surface, that doesn't mean a whole hell of a lot. The two groups had essentially been functioning as one entity for the past few years anyway, coproducing shows everywhere from tiny South End studio spaces to the Higher Ground Ballroom to the First Unitarian Universalist Society church in Burlington. That won't change. The difference is the new name, and it's important for a subtle reason.

Because the Waking Windows festivals have been so successful, the name now carries more recognition with casual fans than either Angioplasty or MSR could have individually. So it makes sense to capitalize on that cultural currency. Why? Because then you can do things like score the coup of the year: Neutral Milk Hotel for a two-night run at the Higher Ground Ballroom on September 9 and 10.

(BTW, if I have to explain to you who NMH are and why that's an amazing get, we may need to start seeing other people. Also, given that Grand Point North falls a few days later, on September 13 and 14, we're looking at one of the all-time great weeks for rock music in Vermont. You have my permission to call in sick to work now.)

Back to the point, if the NMH show is any indication, and I believe it is, Waking Windows — both the festival and the production company — has arrived as a major force in the local music scene. And that's good for everyone. 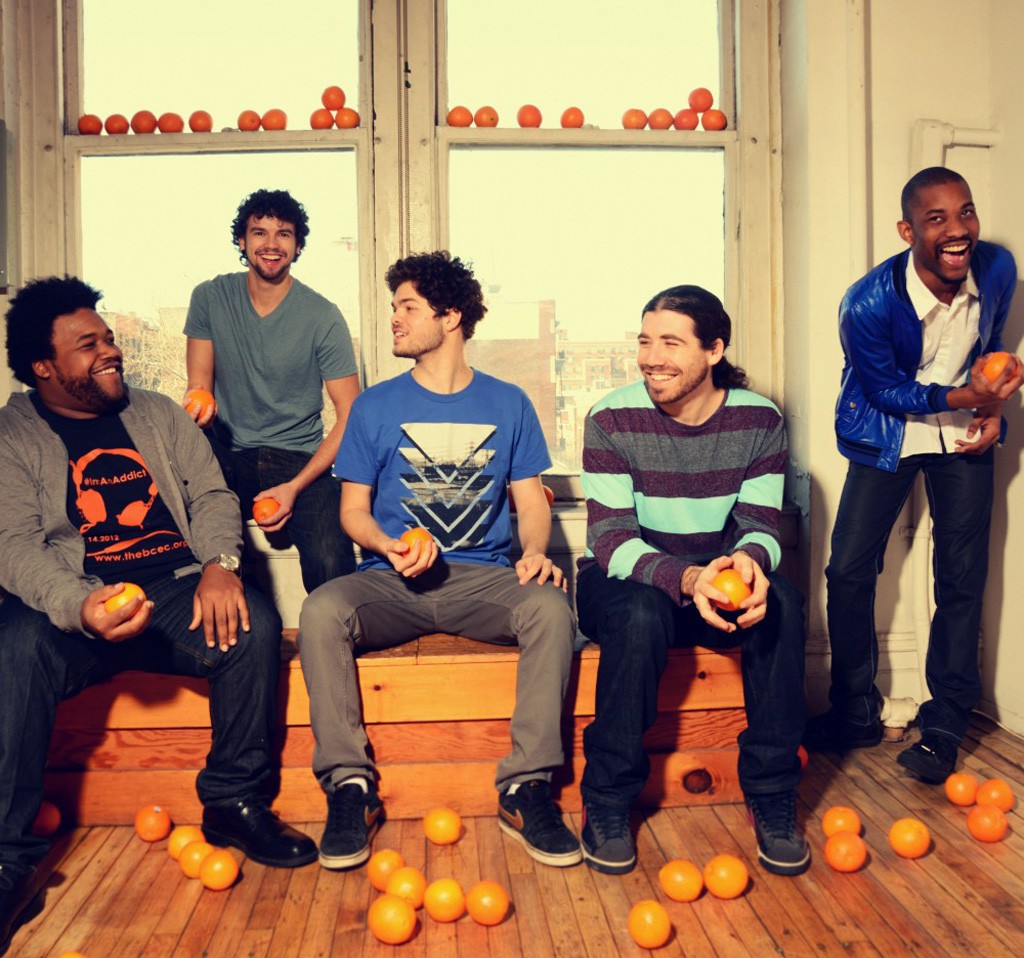 Speaking of festivals, this Saturday, May 17, the Magic Hat Brewing Company will host the fourth annual Heavyfest at its South Burlington brewery. Assuming anyone from MH will still speak to me after I confessed my distaste for their flagship beer, #9, in a recent polarizing beer article for this paper, I might even show up. Based on past experiences, it's a really fun day.

This year's lineup includes funky Chicago-based headliners the Main Squeeze and Brothers Past offshoot American Babies. On the local angle, check out funk rockers Gang of Thieves, who just released an excellent new record, Thunderfunk. Ryan Ober (ex-Invisible Jet) has long been one of my favorite local singers and guitarists. And his new band, Ryan Ober and the Loose Ends, have one of the funniest and most honest blurbs I've seen recently. It reads: "Ryan Ober and the Loose Ends are a whole lotta dudes in various states of denim playing original rock and folk-rock-ish songs about 3 or 4 subjects." Well put.

Rounding out the local contingent are Grundlefunk, a Burlington-based supergroup of sorts whose ranks include members of funkdafied local bands Serotheft, Potbelly, the Move It Move It and Dr. Ruckus. They play polka music. (No, not really.)

As always, Heavyfest is curated by and benefits the volunteer-run nonprofit Big Heavy World. In addition to being generally awesome, BHW operates on a shoestring budget as a record label, public listening library, online music shop and community radio station, among myriad other noble pursuits that make the rest of us seem really, really lazy by comparison.

Last but not least, when the Lake Champlain Maritime Festival announced the lineup for the 2014 fest, astute observers may have noticed there was no show scheduled for Friday, August 8. I confess I didn't catch that. But in retrospect, the lack of a Friday show should have triggered a red flag that something big was likely in the works — or that fest organizers had dropped the ball by not booking a show in a prime-time slot. Fortunately, it was the former scenario.

On Monday, Higher Ground Presents, which handles booking for the festival, announced that punk rock is coming to Burlington's Waterfront Park in the persons of the Offspring, Bad Religion, Pennywise and the Vandals.

(That sound you're hearing is 15-year-old me freaking the eff out. And no, my voice hasn't changed yet. Thanks for noticing.)

For those under 30, next to Green Day, the Offspring were about the most popular punk band on the planet in the mid-1990s. Yeah, sure, they played a decidedly commercial brand of pop punk that purists sneer at — and with reason. But I admit I wore out my copy of their 1994 record Smash in the tape deck of my trusty old Honda in high school. Fortunately, Offspring will be playing that record in its entirety, in addition to some new stuff, apparently. Whatever. Of the four bands, I'm probably least excited to see the Offspring.

As much I love Bad Religion and the Vandals, I'm personally most pumped to catch Pennywise, whose 1995 record, About Time, suffered a similar fate as Smash in the mandibles of my car stereo. Along with bands like the Queers, NOFX and locals the Fags — that last one was Gogol Bordello front man Eugene Hütz's old BTV band, in case you didn't know — Pennywise were among my earliest entry points into punk. So having the chance to mosh down memory lane should be a lot of fun. I just hope my mom drops me off at least two blocks away from the show.