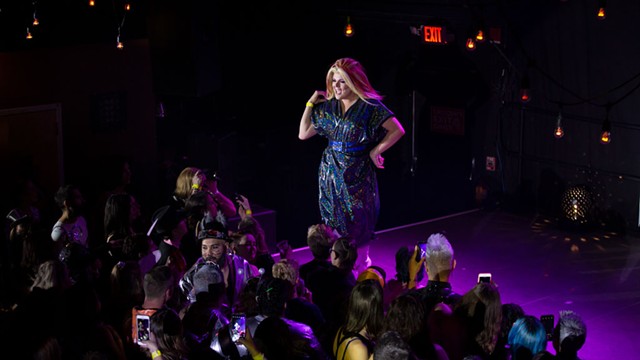 As we approach the pandemic's one-year anniversary, I've been thinking a lot about the final days of normalcy in early 2020. For instance, my last "regular" night out was spent spinning records with some Seven Days colleagues and DJ Disco Phantom at the Monkey House on March 11. That's the date when, in a virtual press conference, the World Health Organization finally used the word "pandemic" to categorize what was happening.

Even though it was a fun hang, a pall hung over the Winooski nightclub that night as news of event cancellations and other coronavirus-related realities continued to interrupt the good times. I've not hit the decks since, and I really, really miss it.

I reckon that some folks' last big night out in the Burlington area before the pandemic was the 25th annual Winter Is a Drag Ball, which hit South Burlington nightclub Higher Ground on February 15 last year. The über-fab gala is one of the area's biggest indoor winter events. But it has also always struck me as the pride event of Vermont, based on its social media hype and the enthusiasm from attendees — party monsters known for going full-tilt balls to the walls, pun intended.

Obviously there can't be an in-person Drag Ball this year. But a virtual version of the sequined celebration, featuring high-quality, prerecorded sets from nearly a dozen queens — and a dance party from DJ Craig Mitchell — hits the interwebs via the streaming platform Mandolin on Saturday, February 13. Visit boxoffice.mandolin.com to purchase tickets; the proceeds will support Vermont CARES, a nonprofit that works with Vermonters affected by HIV and AIDS and was the original Drag Ball beneficiary. Over the years, Drag Ball has raised hundreds of thousands of dollars for similar charities.

To preview the online extravaganza, the House of LeMay's Amber LeMay (aka Bob Bolyard) will dig into the event's 25-year history on her streaming television program "Amber Live!" on Sunday, February 7, at 8 p.m. Watch it via amberlive.tv or youtube.com/amberlive.

"I figured we gotta do something. We can't let it slide by," Bolyard said of producing the virtual Drag Ball during a recent phone call. "It might not be the experience we've all enjoyed the past 25 years, [but] I think it will give us something to look forward to for next year."

Bolyard will interview fellow queen and local legend Rev. Yolanda, as well as Steven West (aka Miss Cherie Tartt), whose early-'90s antics in the Queen City inspired the House of LeMay, as well as the Drag Ball itself. Other scheduled guests include DJ Rob Douglas, who frequently provided the Drag Ball's pelvic-thrusting soundtrack, as well as former Higher Ground employee Chris Friday, who plans to share some behind-the-scenes experiences.

Bolyard's upcoming broadcast won't include live drag performances, "unless," he said, "someone says, 'Hey, stand back, I'm gonna do something.'" Barring that possibility, the show will be mostly a retrospective featuring commentary as well as photos and video clips of years past. 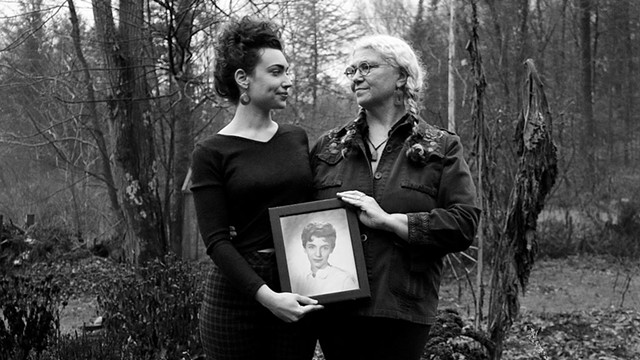 Singer-songwriter Peg Tassey recently shared three new video clips, all of which are visuals for her brand-new song "Winter Comes." The single, out now at pegtassey.bandcamp.com, heralds the arrival of Queen of Flowers, her first release in nearly 20 years. The LP is due this summer. Check out the new videos on Tassey's YouTube channel.

After spending more than a decade offstage and out of the music game, the 62-year-old artist returned to live music a few years ago. In 2019, she stepped into the role of producer, working with vocalist Miriam Bernardo on Bernardo's debut album, Songs From the Well.

In an email to Seven Days, Tassey explained that "Winter Comes" is all about family and is dedicated "to all of us in the world longing to be with those we can't be with, and that feeling when the harsh Vermont winters are bearing down." She also jokingly referred to the song as a call to "arms" — as in, the appendages used to hold someone close.

Tassey cowrote, coproduced and recorded the track with sonic wizard Jer Coons (formerly of Madaila). The pair expanded a simple round Tassey wrote decades ago and built it up into the gorgeously layered rock song heard in the video clips. "Winter Comes" features cello courtesy of Tassey's husband, Indigo Ruth-Davis, and backing vocals from Coons and Tassey's daughter, Audrey Tassey Ayer.

Wait a minute: Why does one song have three different videos? Tassey explained by phone that, after coming up with a vague concept involving a selection of old family photos, she casually asked several people to take a stab at producing a video, including her nephew Sam Tassey and local dancer Sage Horsey. Coons directed one of the clips, as well, and chose to splice together wintry public-domain video footage into a stark, moody sequence.

Tassey said she liked all three videos and how her individual collaborators had each responded to and interpreted the song. Basically, she just didn't feel like choosing one over the others, so she released all three.

This weekend, Tassey is set to appear on Vermont Public Radio's "Safe and Sound," a weekly program hosted by Mary Engisch that celebrates Vermont-made music. Tune in on Saturday, February 6, at 6 p.m., to hear more from Tassey.

The Cabin in the Woods

Utilizing a delicious pun, Northeast Kingdom singer-songwriter Kyle Woolard, who records as Glorious Leader, recently announced his new EP, The Analog Cabin Mystery, out on Wednesday, March 31. Its first single, "Green Mountain Sun," encapsulates the artist's life story and how it led him to settle in Vermont. The song drops on Thursday, February 4, at ohgloriousleader.bandcamp.com.

"I'm trying to find, in sound, how Vermont feels," Woolard said by phone. "This song is the closest I've come in my journey."

Replete with strings and trumpets, the airy indie-folk song "starts cozy and builds to this pretty big anthem at the end," he said.

"The whole concept of it is finding your home," he continued, specifying that the song relates to both metaphorical and literal meanings of the word "home." "Over the past year, we've all had to come to terms with where we live, for better or worse."

As merch for the digital-only release, Woolard plans to unveil an unusual set of physical artifacts. He described them as resembling hardbound books, the cover art of which was inspired by the covers of mid-20th-century children's mystery novels, such as The Hardy Boys series. In addition to a digital download, purchasers of said "books" also gain access to a bonus track not found on the regular version of the five-song EP.