Soundbites: Vinyl Me, Please Comes to Burlington and What's Next for Madaila

Last Friday, we said goodbye to Burlington's beloved psych-pop band Madaila. The show came only a few weeks after the group announced its indefinite separation/hiatus/hibernation via social media. The extended set was epic, and the neon-clad, sold-out crowd at South Burlington's Higher Ground Ballroom partied hearty, despite the emotional undercurrent.

Of course, life goes on. The Madaila crew will be fine — eventually. But we thought you might be interested to know what the band's members will be up to in the wake of the project's retirement.

If you recall, we published a Q&A with Madaila in last week's edition of Soundbites in which the fellas discussed why they decided to pull the plug. We also talked about everyone's next moves but held off on revealing that bit until now. Read on to find out what's on the docket for Mark Daly, Eric Maier, Dan Ryan, Jer Coons and Walker Allen.

ERIC MAIER: I'm doing an artist's residency for a month [at the Banff Centre in Alberta, Canada.] I've been more of the business dude, so it'll be nice to kind of open up some of my creative channels again, because it's been a little while. I'm [also] playing with Henry Jamison and his new band [starting] in December/January.

WALKER ALLEN: I've been running Family Night [at SideBar in Burlington] for the last couple of years, so I still do that. I'm also gonna be joining Eric for a tour with Henry.

DAN RYAN: I've been playing with [neo-soul band] JUPTR. That's starting to pick up some steam. And [I'm playing] as many jazz gigs as I can.

JER COONS: I'm working on producing records. I just finished a Kelly Ravin record [Ditches]. Also, singer-songwriter Addie Herbert['s], [and] a second LP from Jonny Wanser. And working on my own shit.

MARK DALY: Day-to-day: Watching my son. We just got a puppy, too. That's keeping me busy. But I've written a lot of music since my son was born — just an abundance of stuff in the last year and a half. I'm going to put out a solo record — maybe a double album. I also really want to do a comedy show.

Are you hip to Vinyl Me, Please? The curated, subscription-based record club sends a featured LP to its members once a month. It also publishes an online companion magazine that includes listicles, features and critical analyses of new records. And the company is staging a pretty neat recurring event in Burlington.

Dubbed "The Spins," the monthly gathering recently moved from Stonecutter Spirits Highball Social to enigmatic speakeasy Deli 126. Essentially a listening party, the get-together puts an emphasis on whatever the club's record of the month is. This month's hoopla is on Thursday, November 8, and features the music of Queen's extravagant masterpiece A Night at the Opera. Given that the new Rami Malek-starring Freddie Mercury biopic Bohemian Rhapsody just hit theaters, it's understandably the service's album of the month for November. You'll also have a chance to win it via raffle, which is a pretty dope incentive to attend. 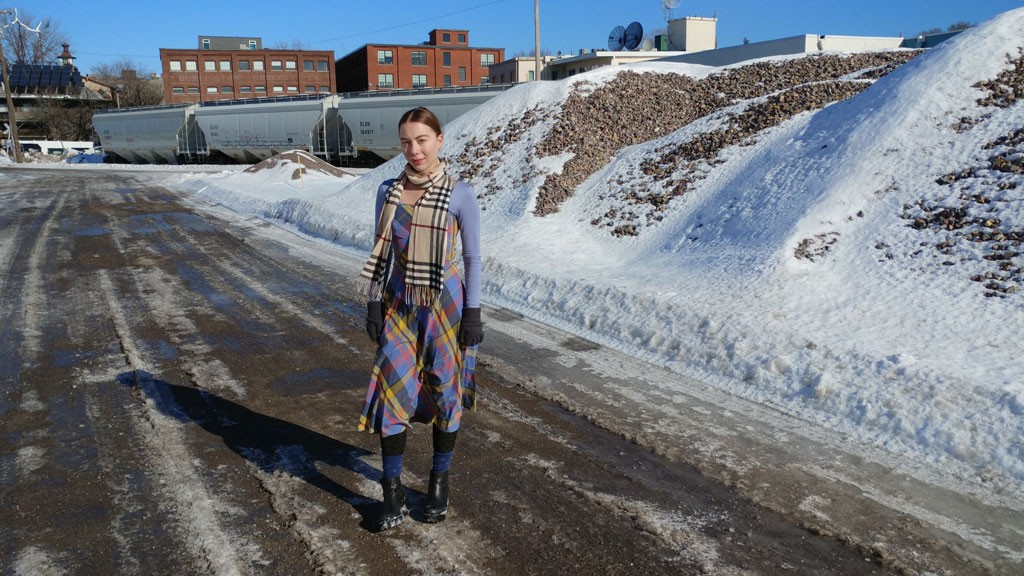 MCs Zesty Boi and Jarv are currently scheduled to throw down. I'm sure you recall that Jarv won best hip-hop artist in this year's Seven Daysies awards, unseating category mainstays Lynguistic Civilians for the first time in a bajillion years. Also on the bill are the GoonZ as well as headliner Princess Nostalgia, whose brilliance I must again take a moment to expound upon. If you missed Seven Days' profile of Princess Nostalgia back in January, you should just drop what you're doing and read it.

In July, the R&B singer-songwriter and producer dropped a stellar track called "Ode to Boy," and I'm just now getting around to highlighting it. She posted the song to her Facebook page with the following message: "I'm tired of being angry at men. This song is a message for all the boys that could use a little love (along with a sprinkling of advice regarding how to process feelings in a healthy way)."

The soulful track features frequent collaborator and guitarist Joe Leytrick (FKA Hank the Businessman) on acoustic guitar. Princess Nostalgia sings, in glorious layered harmonies, "You gotta let those feelings out / Why won't you let your tears run down?" Her words reinforce the mindful, empathetic outlook that permeates her songwriting. Rather than being angry, she shows understanding of the fact that men are trained to bury and ignore their feelings, and that kindness always goes a long way.

Carly Rae Jepsen, "Making the Most of the Night"