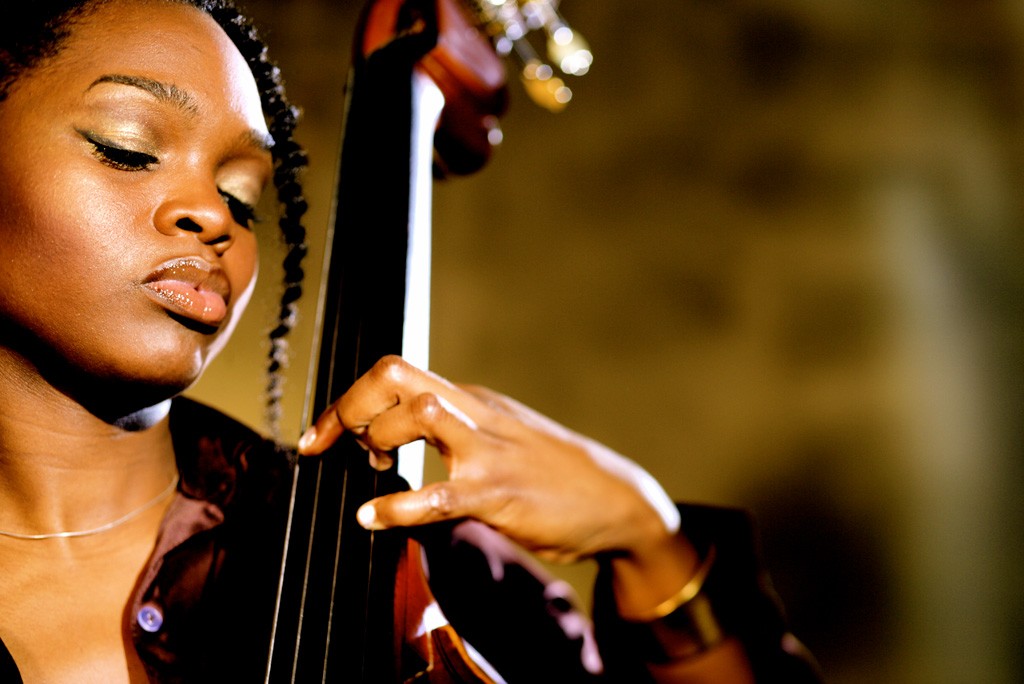 Remember the Burlington Discover Jazz Festival? That was pretty cool, right? I mean, even if you're not the most ardent, bebopping hepcat around — that would be Vermont Public Radio's Reuben Jackson, of course — there's just something special about the jazz fest. And as we sit on the threshold of fall, bracing for the harsh inevitability of winter, it's hard not to look back longingly on those 10 steamy nights in early June when we had the glorious entirety of summer laid out before us. Sigh...

Where was I? Ah, yes, dealing with my early-onset seasonal affective disorder. And also, jazz!

If, like me, you're feeling wistful and nostalgic for the summer that was, and dreading the oncoming chill, our good friends from the BDJF and Vermont PBS have the tonic to help ease our transition into Vermont's frosty season. This Saturday, October 10, at 9 p.m., the TV network unveils "Discover Jazz on Vermont PBS." The series is, well, pretty much exactly what it sounds like. It's live concert footage from this year's BDJF. But it just so happens to focus on some of the most explosive and progressive shows from the festival.

The series was shot this summer at seven FlynnSpace BDJF shows — that's usually where the more intimate and cutting-edge shows happen. Each episode — one is scheduled to air every Saturday between now and Thanksgiving — offers highlights from a specific concert, as well as artist interviews and behind-the-scenes footage. If you missed a certain show, or just want to relive a gig you loved, this looks like a pretty heady hour of TV.

The acclaimed Aaron Goldberg Trio are the focus of the premiere episode, which ain't a bad way to kick things off. The following week, sultry soul-pop singer Mimi Jones and her band are featured. If your taste runs to the experimental, tune in on October 24 for trumpeter, composer and 2013 Pulitzer Prize for Music finalist Wadada Leo Smith. The next week, check out one of jazz music's truly ascendant stars in Melissa Aldana. She was the first female instrumentalist to win the Thelonious Monk International Jazz Competition, which is a big deal. (As an aside, two years ago the BDJF also hosted the first woman, period, to win the Monk contest, vocalist Gretchen Parlato. Dap it up, BDJF.) 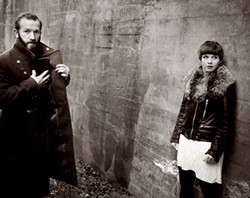 Indie-rock fans, take note: On November 7, the show features the Colin Stetson and Sarah Neufeld Duo. Stetson is the mind-blowing saxophonist best known for his work with Bon Iver, Arcade Fire and Bell Orchestre. Neufeld is equally brain-jellying on violin and has also toured and recorded with those latter two bands. Bonus: This one has a local angle, since Stetson recently moved to Vermont, and the duo's debut for Constellation Records, Never were the way she was, was recorded here. I missed this show when it happened. But I've seen Stetson solo twice, and both times he practically brought me to tears. No joke.

On November 14, the BDJF's 2015 artist-in-residence, Christian McBride, is the star of the show. There's a good chance you caught the Grammy-winning bassist at the BDJF this year in some fashion, cuz the dude was everywhere. He gave a meet-the-artist lecture and conducted a couple of others. He deejayed at Nectar's. He played a brunch fundraising gig at the South End Kitchen to benefit ... um, the jazz festival, weirdly enough. And he played two explosive FlynnSpace sets.

The series finale on November 21 features funky vibraphonist Joe Locke, three times voted mallet player of the year by the Jazz Journalists Association. Dude has played with a ton of the big names you'd expect, including Cecil Taylor, Dianne Reeves and Ron Carter. Oh, and the Beastie Boys.

While we're looking back on cool stuff that happened this summer: Local promoter and concert organizer Don Sheldon held the last edition of his long-running Valley Stage Music Festival in Huntington. The finale of the down-home hootenanny was a bummer to local folk fans. But a primary reason Sheldon decided to end the fest was so he could devote more energy to producing concerts year-round under his Valley Stage Productions banner. Most notably, this includes the P.M. Sundays series at the Richmond Congregational Church, which begins its 2015-16 season this week.

Sheldon's taste-making track record is fairly impeccable, whether with his festival, the P.M. Sundays series or one-off shows at area nightclubs. Dude knows his folk music and has a particular knack for identifying up-and-coming roots talent. So the lineup for P.M. Sundays bears monitoring.

For example, this Sunday, October 11, it opens with the Lonely Heartstring Band, a Boston-based quintet that began life as a wedding band hired to play bluegrass versions of Beatles tunes. They've since morphed into a white-hot Americana outfit blending pop proclivities with a genuine affinity for Appalachian roots music.

For more info, check out valleystage.net.

Meanwhile, in tribute-band news: This week's Metal Monday at Club Metronome, on October 12, features a trio of heavy local tributeers, including Rage Against the Machine acolytes Burning Monk and Pantera proselytes Stormbringer. But the headlining act is Leper Messiah, composed of members of Amadis, Brave the Vertigo and Sabrehound. For anyone who didn't get the reference to the cut from the band's 1986 record, Master of Puppets, the band pays homage to classic Metallica.

Speaking of Metronome, local hip-hop heads will want to make their way to the upstairs juke joint this Thursday, October 8, for OktoberFresh. Hosted by local DJ Dan Freeman, the show is like a hip-hop version of Oktoberfest, featuring a slew of local rap talent, including Manus, Chyse and the Cool Table Gang, MC B-Free, Bar None the Best, Nyt,Rajni, and Zeek.

Last but not least, best of luck to our pals at Waking Windows Presents. This Saturday, October 10, those industrious cool kids are exporting their wildly successful Waking Windows festival from Winooski to Portland, Maine. The fest features a smorgasbord of Vermont talent, including Barbacoa, Wren Kitz, Lowell Thompson, PoolooP, Violet Ultraviolet, Paper Castles, Pours, Madaila, Villanelles and Swale. So if you're wondering where the hell all the local bands are this weekend, now you know.

In related news, WW's Paddy Reagan has just signed on as the talent buyer at ArtsRiot. So look for the ultra-cool South End hot spot to get even cooler. Or hotter, I suppose.