Despite data indicating that the coronavirus pandemic shows no signs of abating, the reopening of society continues — including the return of live music events in Vermont. Just last week, South Burlington club Higher Ground announced a new drive-in event series at the Champlain Valley Exposition that would allow people to consume entertainment from the safety of their cars, with proceeds directed to the Vermont Arts Council. The series' first concert was scheduled to be Kat Wright on Friday, June 19 — with a $99 per carload price tag.

However, shortly after announcing the show last Thursday, Wright posted a message on social media explaining that the concert would be moved to Sunday, June 21. That's because June 19 is Juneteenth, the 155-year-old nationally celebrated commemoration of the end of slavery in the United States.

"This year, of all years, let's do better about acknowledging & embracing Juneteenth, to honor and celebrate Black Americans," Wright wrote in the message, which Higher Ground reposted on its social media feeds. The venue later published its own statement. In a subsequent phone call, Wright added, "It's not for me to decide what Juneteenth is to anyone."

Of course, online outrage nonetheless ensued, with social media users lambasting both Wright and Higher Ground for what was perceived as, at best, a tone-deaf fail — and, at worst, an overtly racist attack. Critics were particularly incensed that Higher Ground booked a white soul band to play the show, rather than local black artists.

"We were moving fast," explained Higher Ground co-owner Alex Crothers by phone. "I knew Kat's band was available. The bands that we knew and had direct contact with that could step up and play a show like this — it's a high ticket price [and] a benefit concert — that limits the types of bands that we would [ask] first to come play."

Additionally, as a precaution against spreading the coronavirus, only one band could be booked. A mini festival would not have been feasible, according to Crothers.

Clearly, there's a lot to unpack: What should a Juneteenth musical celebration really look like? Who should be in charge of it? Should there even be a Juneteenth concert? Would it be appropriate, given what the day represents?

First, it's important to note that observation and awareness of Juneteenth seems to be on the rise among non-black people but is in no way ubiquitous. Just this past weekend, the New York Times published a story titled "So You Want to Learn About Juneteenth?" with a simpler and more revealing SEO headline of "What Is Juneteenth?"

The day might be on the minds of non-black people now more than ever because of the ongoing protests regarding racial justice, police divestment and systemic racism. Or perhaps it's because President Donald Trump recently drew massive scorn for scheduling a huge campaign rally on Juneteenth in Tulsa, Okla. — the site of the Tulsa Race Massacre of 1921, which is largely considered the single worst instance of racial violence in U.S. history. (Trump has since pushed the rally back by a day.)

"I can't stress enough that it was a mistake and not something I would have done on purpose," Wright told Seven Days of scheduling the show for June 19. In the rush to fit the accelerated timeline (Higher Ground needed a response from her within a day), not to mention the daze of sheer joy she felt at getting to perform again after months of forced hiatus, Wright explained that the observance of Juneteenth flew over her head. She added that she'd "never forget it again."

Some have asked Wright why she didn't hold the date and turn it into an official Juneteenth celebration and invite "people of color to join me onstage."

"I don't need to be the white savior person," she told Seven Days, noting that she now wishes she could produce a concert that showcased not her band but artists of color.

Several members of the local music community reached out to me to express their displeasure at the show, floating names of Vermont-based black artists that they thought should have been featured. So I reached out to some of those musicians for their take on the situation, keeping in mind that no one person can or should be asked to speak for an entire group of people.

"Yeah, I don't see why [the show] needed to be rescheduled," wrote DJ and Prince tribute artist Craig Mitchell in an email. "That is a bit much, IMO! Franklin Graham or 45 [Trump] on 6.19, HELL NAH! Kat Wright? Umm, why not?"

Because the show was not branded as a Juneteenth celebration, Mitchell wasn't sure whether or not changing the date was even the right move.

"I think I might have pushed back a little harder on that one," he said later by phone. "But at the same time, in this political climate, can you?"

"It seems like many white artists are trying to take antiracist action the best way they know how," observed Bobby Hackney Jr. of Rough Francis, another band suggested for the hypothetical Juneteenth concert bill, in an email. (Hackney also works for Higher Ground.) "It seems apparent that they feel performing while white on Juneteenth (in 2020) is in poor taste," he continued. "Good on them." 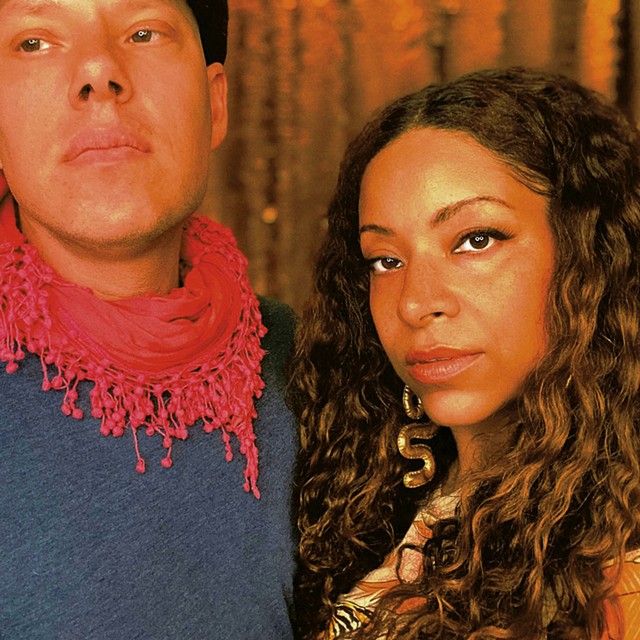 Nicole Nelson of blues outfit Dwight & Nicole said that she has performed at “amazing, beautiful, tearful” Juneteenth celebrations in her hometown of New York City and thinks that changing the date of the show after the gaffe was a missed opportunity. (On Tuesday, Higher Ground announced that her band will play the Expo on July 4.)

"It would have been really, really great to call upon some of the [black] community and say, 'What should we do here? What do you think we should do?'" she said by phone.

But should Higher Ground, whose owners are white, be the ones to stage a Juneteenth concert?

"It does not matter [who produces it]," Nelson said. "It matters who's onstage."

She continued, "It's so important for the completely white organizations who are not racist to do these kinds of things, to start becoming aware."

According to Crothers, proceeds from Sunday's show will be donated to Black Lives Matter of Greater Burlington. He added that his organization has started to have "important, long overdue conversation[s]."

"Awareness and education and listening are a big part of it," Crothers said. "Music tends to be a pretty good unifier and a great place for new ideas and thoughts and communities to come together. That's what we should focus on."

Nelson said she has firsthand experience with more overt racism in Vermont than she had time or energy to fully explain. Still, she's largely hopeful of how current activism is reshaping daily life.

"[Artists] are the architects building the subtle bridges for the creation of the new world," she said. "This is a time of building. Also, burning to the ground. But when something's burning, immediately you need a replacement."

What's the takeaway from all this? To me, it's the importance of talking to people and not being afraid to hear something you don't like. Honesty, empathy and critical thinking are the best tools for doing that, not outrage and cancel culture. How do you expect someone to learn if they're constantly being knuckle-struck with a ruler? We outlawed that kind of draconian punishment in schools, and I hope we soon move past it on social media.

Or, as Hackney put it: "Do I think a show should be canceled because it fell on June 19? No." Then he added, "This was never an issue in the [past], but I'm glad it's an issue now."

Milli Vanilli, "All or Nothing"