Soundbites: The Slow but Steady Return of Live Music 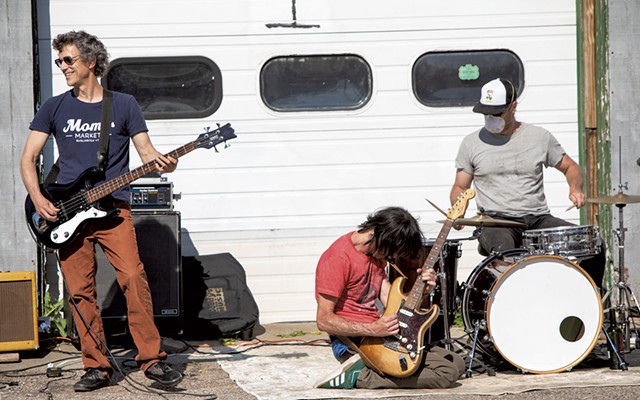 Let's start this week's column off with a short rant, shall we? I recently received an email from someone who told me they had some "very concerning" news regarding an artist whose music I once reviewed. Without going into detail, I'll simply say that this troubled citizen informed me that the artist in question is involved in a romantic/sexual relationship that they believe to be problematic.

I can't even begin to comprehend what this person expected me, of all people, to do about something like that. Wait, actually, of course I can. I assume this whistleblower wanted me to take them completely at their word and write some sort of scathing indictment. Where might they have gotten the idea for something like that? Oh, I know: social media, which has essentially become a never-ending string of callouts and takedowns — a kangaroo court of public opinion.

But, not wanting to make assumptions, I asked the sender explicitly what they expected me to do with this dubious information. Unsurprisingly, they didn't respond.

Had they told me, perhaps not in so many words, "I want you to cancel this person," I would have said the following: If you believe a crime has been committed, go to the police. If you believe some kind of rules/policy/conduct violation has occurred within an institution, company or some other body, go to the people who oversee policy violations within those organizations. Unless you've taken these steps, I can't help you. Otherwise, you'll have to go on social media and cancel them yourself.

Today's lesson: Don't serve me up gossip and pretend it's news. Those are two very different things.

Now, on to more important matters. 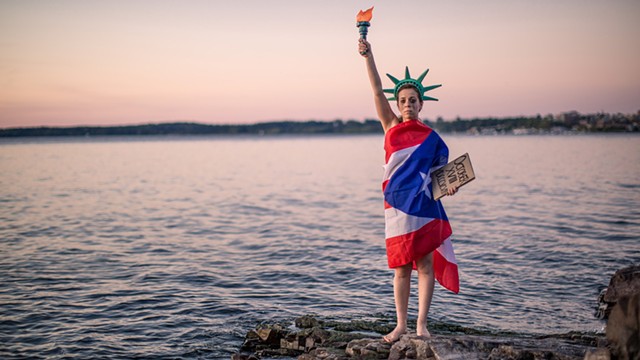 Burlington surf-rock band Barbacoa popped up in a Winooski park on Saturday as part of a string of semi-spontaneous, out-in-the-streets shows the group has hosted over the past few weeks. A little less than a year ago, when everyone was trapped in the first of many holding patterns brought on by the pandemic, Barbacoa were the first local group to break quarantine and play live. (Not-so-fun fact: The show last May was shut down by police after about 30 minutes, though only because the band didn't have a permit.)

As always, it was a pleasure to see and hear the group throw down surf standards and surfed-up covers of other pop and rock tunes. Also pleasurable was bumping into Brian Nagle, aka DJ Disco Phantom, the talent buyer at Onion City nightclub the Monkey House. (OK, I can't technically say we "bumped" into each other because he told me beforehand he'd be at the show.)

While chatting on Saturday and during a subsequent phone call on Monday, Nagle gave me a few updates about the Monkey House, which is ready to host entertainment once again.

Last year, when venues were first figuring out how to operate amid crushing capacity limits, the Monkey House booked DJs in its front window to entertain outdoor drinkers, leaving its stage empty and the actual bar space closed to customers. Now, the venue has reopened its stage, and its doors.

The Winooski club's first official offering of the year was the revival of DJs Fattie B and Craig Mitchell's recurring vinyl night, Motown Mondays, on April 12. Expect to see the DJs laying down sweet soul and R&B wax every other Monday night from now on. Their next gig is on April 26.

As for when live bands will return to the Monkey's stage, Nagle said that's a bit more complicated and unforeseeable.

"I think it's just gonna be step by step, with maybe doing solo folks and then duos and, moving on from there, bands, and see how comfortable [they] are," he explained.

Nagle stressed that, beyond complying with state-mandated guidelines, the comfort level of artists and audiences is the most important consideration.

"Putting on a show and making it successful ... is kind of a lot of [puzzle] pieces," Nagle said, noting that, as of right now, DJs are the club's top priority.

But the Monkey isn't the only venue currently offering live music. On Tap Bar & Grill in Essex Junction, Zenbarn in Waterbury, and Orlando's and Nectar's in Burlington are all booking and hosting shows.

Speaking of Nectar's, after months of being closed, the club resumes its live offerings on Tuesday, April 20, with the relaunch of its long-standing reggae night, Mi Yard. (Insert obligatory 420 joke here.)

Nectar's will put some artists, including DJs, in its front garage-style window. Live bands, such as jam outfit Double You, who kick off a residency on Wednesday, April 21, will perform outdoors on the pandemic-era patio. And if things go well, bands may return to the indoor stage sooner than later, which talent buyer Brian Mital confirmed by phone on Monday. 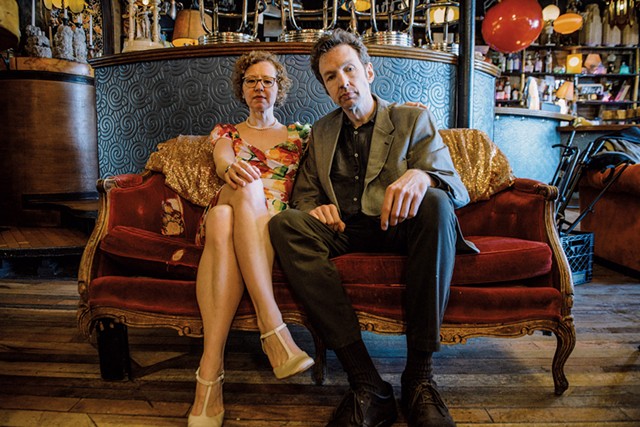 Another live-event series kicking off this week is the Flynn's long-awaited The Window on Main. The run of shows was originally scheduled to take place in two weekends last December. But because of rising COVID-19 case counts in the fall — a trend that's continued this spring, I might add — the series was postponed until now.

On Friday and Saturday, April 16 and 17, a slew of locals are scheduled for short sets. Artists from several disciplines will perform in the window of the theater's Chase Studio with audio piped onto Main Street, where audiences can safely watch and listen.

Sam Sparro, "Are You Alright"