Soundbites: The Return of Summervale; New Music From Peg Tassey and Babehoven 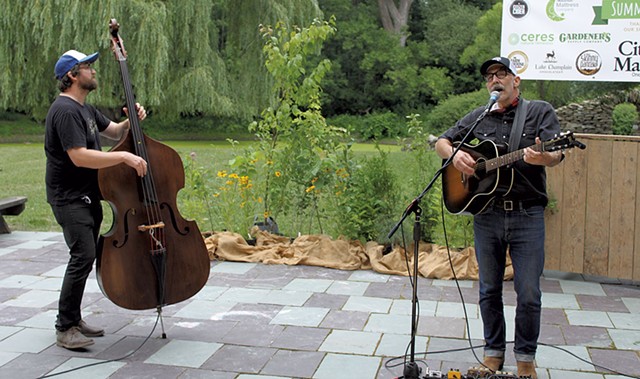 Every disaster movie has that montage toward the end — you know, where we see food being grown again, society rebuilding, the romantic couple we've followed the whole film having a baby ... that sort of stuff. Oh, and there's always the slowed-down cover version of a classic rock song playing, because Hollywood is super into that right now. (Just wait, in another decade someone will try to make a Radiohead song even sadder.)

Well, minus the schmaltz, the music scene has officially entered its own rebuilding phase. After a year that desiccated just about every facet of the industry — from musicians to clubs to studios to festivals to sound people to bouncers to promoters — the tap is open once again.

Walking around downtown Burlington on a recent night was, frankly, a startling experience. I hadn't been around that much raw humanity in more than a year, and I'm not going to lie: It put me in a weird head space. Wide-eyed and not a little anxious, I navigated clusters of people, feeling like a stranger in a city I've lived in for 20 years.

I took comfort in the sounds of music playing from one end of Church Street to the other. There were identical twin brothers in matching keyboard ties playing dueling keyboards. It was like a David Lynch film (but the cool parts, where no one is huffing nitrous or pulling out people's heart plugs). A bluegrass band was ripping through "Foggy Mountain Breakdown" a few blocks away. I swung by the waterfront and found two dudes with full amplifiers plugged in at the park, covering Red Hot Chili Peppers songs — without the dicks-in-socks routine, thankfully.

By the time I passed Radio Bean on my way home that night, the line to dance to DJ Taka stretched down the block. It was a scene I would see repeated a few nights later outside Manhattan Pizza & Pub, where DJ Disco Phantom was spinning at the packed-house reopening.

The music is back, and so are the people.

There are, of course, still obstacles. The same staffing shortages afflicting restaurants are hitting music venues. We've already seen our fair share of event cancellations and postponements, from the BUVT — as in, "Be you, Vermont" — celebration to Grand Point North. These are signs that not all is back on track yet.

This is a very long-winded way of saying: Setbacks aside, plenty of outdoor summer shows are coming our way.

First of all, there's Summervale, which starts on Thursday, August 5, and runs weekly until September 2. Hosted at the Intervale Center in Burlington, the series did a livestream stand-in last summer. Its 18th season has an abbreviated schedule, but it's packed with music and fun.

"We're thrilled to host Summervale in person again," Intervale Center executive director Travis Marcotte wrote in the event's press release. He described the Thursday series as a "wonderful way to reconnect with our community." 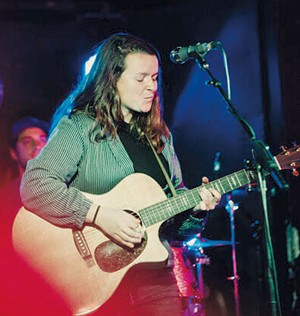 Few things are more peaceful and beautiful than a summer sunset at the Intervale. So, as your designated guide to doing cool shit in this town, I'm telling you: Make sure to catch at least one of those Summervale nights. They run from 5:30 to 8 p.m.

It's not just the live music scene that's erupting. As seen in my inbox, almost every artist in town is either releasing a new record or putting the finishing touches on one as we speak.

The already prolific indie-folk artist Babehoven has just released her newest record, Nastavi, Calliope. It's a nuanced, beautiful and often sad tribute to processing grief and finding yourself.

Babehoven is the pseudonym of California-born Maya Bon, who writes the songs before coproducing them with her partner, Vermont native Ryan Albert. Though the two started Babehoven in Los Angeles, where they met, they've since headed east. Once the pandemic kicked in, they moved from Philadelphia to Arlington, Vt., where the duo recorded Nastavi, Calliope and another forthcoming EP.

"I keep calling them EPs," Bon said on a Zoom call. "But they're actually pretty long. I'm just holding out a little hope we'll have a new label before we put out the LP."

Bon called the year she and Albert spent in Vermont "weird, essential and productive."

"For the first seven months, I didn't write music," she said, noting the effect that George Floyd's murder and the subsequent Black Lives Matter protests had on her creative output. "I wasn't sure who my music was for anymore. After I talked to some other friends who were musicians, I realized that making music is what makes me want to be me. I feel like myself when I'm playing."

That searching nature pervades the EP. Behind its ambience and emotion — both influenced by Elliott Smith's Either/Or, which Bon listened to before recording — the album depicts her quest to connect to her Croatian heritage.

"My father still lives in Croatia," Bon revealed. "I didn't grow up with him in my life, so I'm just starting to get to know him. I'm learning how to speak the language and taking Balkan vocal lessons. It's a process that, for me, is about finding myself. There's a lot of longing and pain on this record, but there's also some triumph and hope."

Nastavi means "keep going" in Croatian. For Bon, that sentiment was the central theme of the EP: "You just have to keep going, no matter what," she said.

Calliope was the name of her childhood dog, who passed away in 2017.

"It's hard to describe her," Bon said of Calliope with a laugh. "She was such a mystical, bizarre character. I was really thinking of her a lot when we were recording, so it felt nice to have her be a part of this in some way."

With its Brian Eno-like mood and atmospherics, Nastavi, Calliope is a mist-covered revelation of a record. Albert described it as he and Bon going "buck wild" in the studio.

The two recently left Arlington for the Hudson Valley of New York, where they're auditioning musicians for Babehoven's live band so they can bring the new songs on the road.

For Bon, Vermont was an ideal place to pour out her creativity and craft records. "We did two records in Vermont while being stuck in quarantine," she said. "So we're kind of a Vermont band now! A Vermont-album band." 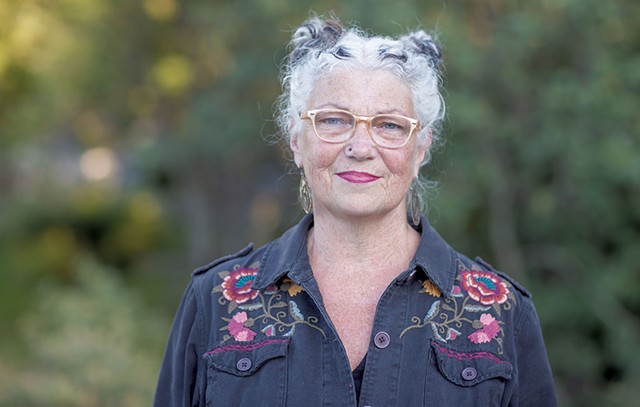 Veteran Burlington rocker Peg Tassey will have a new single out on Friday, July 16, called "Queen of Flowers." It's a blues-riff-sporting, grunge-adjacent rocker featuring local heavy hitters Jer Coons, Urian Hackney and Sean Preece. Lili Traviato, aka Princess Nostalgia, mastered* it, so Tassey circled the Burlington-music-scene wagons on this one.

A video for the single is in the works. And starting on release day, Tassey said, she will place cards all over Burlington, "in the leaves of trees and in the flowers of gardens," as a sort of treasure hunt for the song. Find a card, and you can download "Queen of Flowers" for free. Very cool!

That said, I would advise not looking in my garden, because an overweight pit bull named Wilbur would have already eaten the card. (Please don't feed Wilbur.)

Peter Gabriel originally wanted Dolly Parton to sing the female vocal part on his '80s hit "Don't Give Up." The Nashville legend didn't know who the former Genesis singer was, though, so Kate Bush was brought in to track her famously ethereal voice.

The upshot of this factoid is me fantasizing about a Dolly Parton album where she just does Peter Gabriel songs. Her "Shock the Monkey" would be killer, that's all I'm saying.