Soundbites: The Green Is Greener

Howdy, folks! Did you miss me last week? Because I missed you! Before I go any further, I'd like to extend a special thanks to Seven Days' former music editor and current assistant arts editor Dan Bolles for filling in for me last week while I was on vacation. Planning time off can be an unbelievable pain in the ass round these here parts, and it was nice to have him step in to clear something off my very full plate.

At the risk of boring you all to tears with too many details of my personal life, I do have a few thoughts about my trip that you might find enlightening. I crossed the pond over to jolly old England — London, specifically. Like most of my travels, this trip was pretty music-centric. Aside from seeing my favorite London-based "smooth music" band Prep, the lavish West End musical Everybody's Talking About Jamie and an Earth-shattering performance from UK post-punks the Horrors at the Royal Albert Hall, I had the pleasure of finally seeing Vermont's own the Essex Green. I know, I know. I'm a bad music editor for taking this long to see such a noteworthy local group — and having to cross an ocean to do so. For shame.

The formerly Brooklyn-based, Elephant 6-associated pop-rock group just happened to be touring the UK and mainland Europe the week of my excursion. In fact, they're getting ready to play a show in Madrid as I type this. Unfortunately, I had conflicts during the band's album release show at ArtsRiot last August, as well as its recent blowout during Waking Windows at Waterworks Food + Drink. So I made it a priority to be at Redon in East London to watch the magic.

Along with core members Sasha Bell, Chris Ziter and Jeff Baron (who serves as Seven Days' deputy director of circulation), Queen City stalwarts Jeremy Frederick (Swale, Barbacoa) and Lowell Thompson (the Welterweights) joined the tour on drums and bass, respectively. Thompson even kicked off the May 10 show with a solo acoustic set.

A crowd of about 150 gathered to watch the band's first London set in many years. And damn, were they into it! Despite what you might think, the onlookers weren't just a bunch of aged hipsters reliving their early-aughts glory days, which is when the band was at its peak of popularity and influence. Quite a few baby-faced fans seemed to be having the time of their lives, dancing up a storm to choice cuts from the band's 20-year run.

Though the Essex Green have enjoyed a bit of the limelight — at least in music criticism circles — they are hardly a household name. So it was heartening to see such an engaged, hungry fan base so far from home. I felt a little pride watching some hometown heroes effortlessly rock the house across the Atlantic. But the show also made me think about how easy it is to connect with music in the digital age. Someone who lives thousands of miles away can know your art as intimately as anything they might come across in "real" life.

It was hardly an aha moment, but the show reminded me that creators have community all over the world. When I'm home watching a nonlocal band, I don't think about that. But since I was the fish out of water, I couldn't stop thinking about it — and wishing it were easier for more artists to have these experiences.

If you have Monday, May 27, off from work or school, consider yourself lucky. Not all of us get to skip out on responsibilities during those wonderful bank holidays like Memorial Day. And despite differing views that some may hold regarding the military-industrial complex, I think we can all agree that an extra weekend night is pretty cool.

So, how shall you spend your evening on Sunday, May 26? I've got a few ideas.

Sundays are typically pretty quiet in the Queen City. But this week's day of rest gets a kick in the pants courtesy of several happenin' dance parties. First on the docket is a special Sunday night edition of Mi Yard, DJs Jahson and Big Dog's weekly reggae night at Nectar's. The Rasta rager typically happens on Thursdays, and still does this week. But Sunday night's iteration is completely free. Also, it's 21 and over. 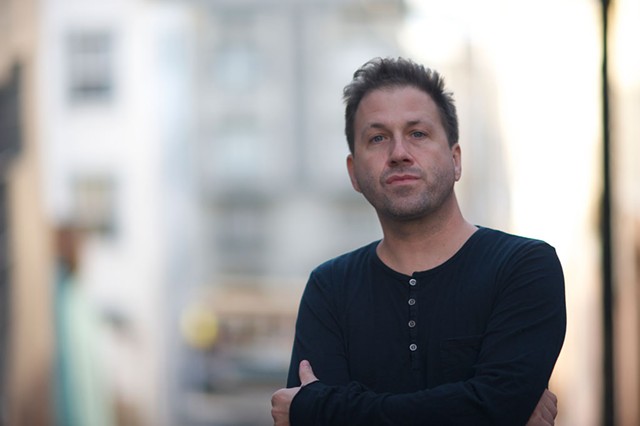 Upstairs at Club Metronome, Sunday Night Mass returns with a solid-AF lineup of house and techno DJs. The formerly weekly club night celebrated its 20-year anniversary in 2018 but has been pretty quiet since. Sunday's lineup includes Pittsburgh-based DJ Three, Montréal disc-spinner Maus and a live set from bassist Aram Bedrosian, known for his bygone Burlington-based electronica project Concentric. Plus, Queen City DJs CRWD CTRL, D-Lav and Justin R.E.M. round out the lineup.

Anyone looking to get freaky to a stream-of-consciousness mix of pop hits should head over to the Light Club Lamp Shop. DJ Cre8 lays down a raucous two-hour set.

Or perhaps you'd like to be in control of the evening's soundtrack? If you're looking to exercise a little dominion over the dance floor, pop into Half Lounge for Open Decks. No matter your level of experience, you can show up to the pint-size club with CDs or other digital media and take a turn. Unfortunately, the weekly event isn't set up for vinyl DJs, so save yourself some heavy lifting and leave the crates at home.

Personally, my favorite thing on such bonus nights — especially when the weather is good — is to plop down somewhere central and just people-watch. I know that's not exactly related to music and nightlife, but it's one of the most entertaining ways to pass the time on a night you'd normally be hitting the hay at a decent hour.

Chromatics, "In the City"

Sir Babygirl, "Everyone Is a Bad Friend"

From Everybody's Talking About Jamie, "And You Don't Even Know It"

Correction: May 23, 2019: An earlier version of this story incorrectly stated the age restrictions for Mi Yard Reggae Night at Nectar's on Sunday, May 26.