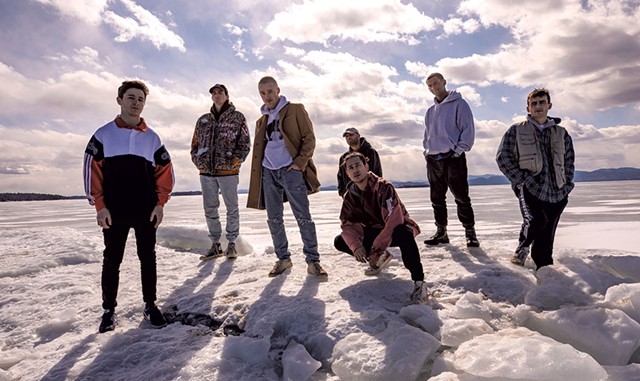 It takes a bit of cognitive dissonance, or maybe just a suspension of disbelief, for me to get with the awards show thing. I always recall Eddie Vedder standing onstage at the Grammy Awards in 1996, holding the golden trophy with a perplexed expression on his famous mug.

"I don't know what this means," he said, confounding many of the boomer musicians in the room who helped build the awards show industry. "I don't think it means anything."

That's because, well, Grammys don't mean anything, other than a sales bump, which I can't imagine counts for much in the era of streaming — that is, when musicians no longer get paid. Handing out an award for art isn't stupid or cringey to me, but it's confusing. Why would you try to rate art like it were a dish in a baking competition?

Well, if I might dress up as Satan's lawyer here for a second, I have an addendum to add to, um, me. The paradox of awards is that, more often that not, they suck. No one agrees on the winners; no one likes the voting systems. You know, all the usual and accurate complaints.

But in a society full of distractions, events that highlight the arts, even if just to pointlessly rate them, are useful. We need awards shows to bring art into daily conversation. (I can't believe I just typed that.)

So why am I soapboxing about awards shows? Because one just occurred that I happen to love. Vermont hip-hop scholar and Seven Days contributor Justin Boland has compiled the first annual Vermont Hip Hop Awards on his website, Vermont Hip Hop. Everyone interested in Vermont music should follow the site. Boland does incredible work documenting a scene that seems to be growing stronger every year.

As it was the maiden run for the Vermont Hip Hop Awards and voting happened during the Omicron surge, Boland didn't try to stage a physical awards ceremony this year. Rather, he used the crap situation to do what he calls a "proof of concept" test run for the awards.

"And we're going to use every lesson learned along the way to organize a proper party in January 2023 to celebrate all of 2022's winners," Boland wrote on his website.

Without further ado, let's get to the winners. Drumroll/sampled beat, please!

For Best Producer, the award goes to Es-K. Boland called him "one of the most accomplished producers our humble state has ever seen," and he has been on a hell of a run in the last few years. His 2019 collaboration with rapper Learic, Thought Instruments, was one of the best hip-hop releases of that year, and his latest album, About This, continues the streak. Runner-up is Rico James, who most recently worked with Bronx MC Jobu on 2021's killer My Words, Your Actions.

The Best Emcee of 2021 is Konflik. The Massachusetts-born and Vermont-based MC is hardly a surprise winner, as he is considered one of the godfathers of Vermont hip-hop. One-third of the beloved local legends Eye Oh You, along with Fattie B and DJ A_Dog, Konflik has been a fixture in Vermont hip-hop since the '90s. Konflik released Back to Basics in September, a vintage banger of a record for which the MC paired up with his brother and fellow Vermont hip-hop luminary, Nastee. Learic takes second prize this time.

The Best Group of 2021 is no surprise. Burlington's 99 Neighbors would have been tough not to pick. After their sensational 2019 debut, Television, put them on the map, 99 Neighbors signed with Warner Records. In September, they released their sophomore album, Wherever You're Going I Hope It's Great, which incorporated new elements in their sound, like jazz and classic R&B. The runners-up are the Cognac Cousins, the rap duo of Yung Breeze and Raw Deff.

DJ Kanganade takes home the Best DJ award, narrowly edging out scene staples David Chief and dakota. The talented turntablist has put work out with the Self Portrait crew and most recently collaborated with producer SkySplitterInk. Kanganade even teaches a DJ/turntablism class for aspiring DJs.

ESKAEONE scores the Best Graffiti Artist award. It's a little hard to list some of ESKAEONE's work, but you can see plenty of it in Burlington — check out Green Door Studio on Pine Street — and in Montréal. Because graffiti is still illegal in many places, numerous artists keep their identities under wraps. So, wherever you are out there, ESKAEONE: Congrats to you, and to runner-up Speak.

The Rookie of the Year is a three-way tie! As a soccer fanatic, I love a tie. It was a crowded field in 2021, so this tracks, honestly. Burlington's Heady Betty released her debut EP, The Heady Betty EP, last year, making some waves and popping up on all sorts of hip-hop bills. North Ave Jax had a hell of a year himself, signing with Interscope Records and dropping a killer single, "Trust Nobody." Robscure snuck in as a rookie; he started turning heads in 2019. But his latest track, "Echo," is such a blast of fresh air and fresh beats that his claim could not be denied. Rivan C and Shorty Bang came in tied for second.

HANKNATIVE takes home Verse of the Year for his bars on 99 Neighbors track "Rageless Hope." The runner-up is Konflik's "Float," but he can take comfort in the fact that he won Best Song for "Project Building," as well as Best Album for Back to Basics — no small feat, because he had to defeat 99 Neighbors. Their trophy cabinet stays stocked, however, as the group won the Best Music Video prize for "Live a Little," defeating its own video for "N. Michigan Gospel" and Shorty Bang's "1000 Corpses." 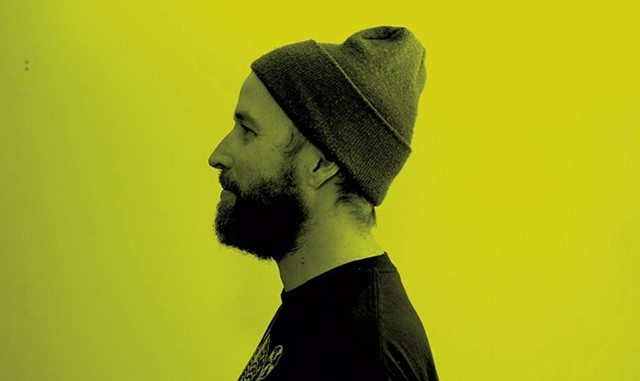 Last but certainly not least, the winner of the 2021 Andy "A_Dog" Williams Good Citizen Award goes to Johnny Morris, aka JL of Boomslang. The talented producer and musician passed away in September after fighting a three-and-a-half-year battle with brain cancer. His former collaborators Sed One, SkySplitterInk and Rico James all pay tribute to Morris with the track "JL Forever."

Those are your 2021 Vermont Hip Hop Awards winners. Not a bad first year! I think I speak for everybody when I say I hope that next year's awards turn into one truly awesome show. 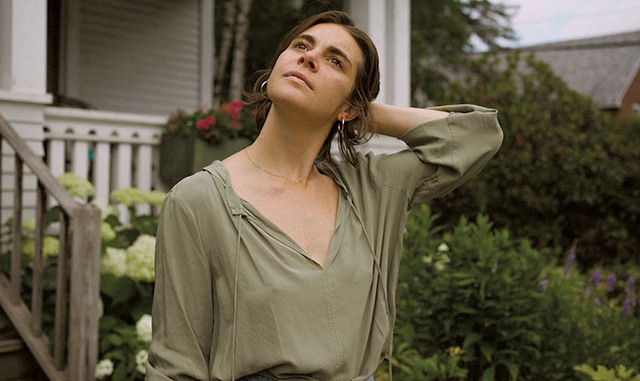 The singles and videos from Vermont artists have been dropping like fruit from a tree lately. First up is a new video from Francesca Blanchard for her song "New Year's in Paris." The track was released last year, a down-tempo, sorrow-filled ballad about dreaming of an ex-lover. The video, shot by Juliette Jalenques and directed and edited by Blanchard, was released on February 21 and shows the singer-songwriter wandering the streets of Paris, either alone or lonely in a crowd. Check it out on Blanchard's YouTube channel.

Next up is Marco Benevento's newest release, "Winter Rose." A high-energy, danceable tune full of optimism, the song was cowritten by Benevento and San Diego-based poet Al Howard. "If every thorn came with a winter rose, then everything was worth it, yes, I suppose," Benevento sings through a wall of reverb and a feel-good chord progression. The track is streaming on all services.

We have a new band and a new single alert! We Should've Been Plumbers is the duo of Jillian Comeau and Kim Carson. Their first single, released on February 11, is called "Sad and Lonely." The song was written during the pandemic, when Comeau was in Burlington and Carson was in Halifax, Nova Scotia, and it deals with the art of giving in to loneliness. It's a nice slice of '90s-style indie rock and serves as the first single on a forthcoming self-titled EP.