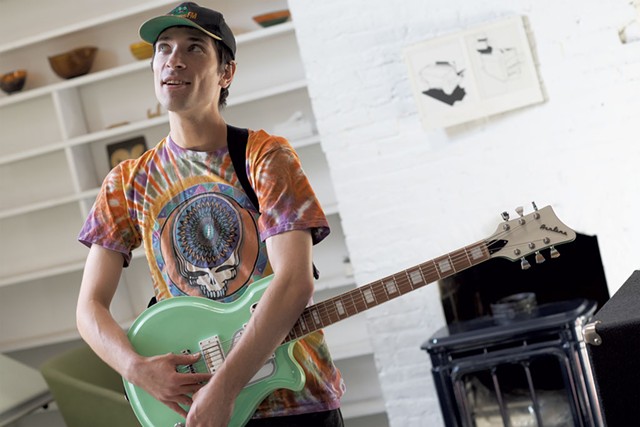 As I stood on the roof of the studio, overlooking a sun-kissed vista of Burlington, I watched the light turn to crimson on the steel and glass of nearby windows, and I wondered whether Kevin Bloom was microdosing.

To be fair, everything Bloom had said to me in the half hour or so we'd been hanging at his downtown studio was completely sensible, logical and highly engaging. He'd gone from talking up his beloved 1973 Yamaha PM1000 console, which originally belonged to Vermont Public Radio before Bloom bought it on Craigslist and painstakingly restored it, to lamenting the current dire housing situation in Vermont. We riffed about his trusty Fender Jazzmaster, which he once graciously allowed me to borrow back in 2019 for a few gigs. We talked restaurants and dim sum. We even spoke at length about his cat.

So I really had no reason to think Bloom might be in an altered state as we watched the sun set on Lake Champlain atop the roof of SpicY wOrLd. (Yes, that's how it's written. You're not the one microdosing. Or maybe you are, and if so, wow. Who microdoses and reads the paper? Way to go!) But there was just something about the way the light hit the cerulean blue of his eyes and the slow smile Bloom flashed as he stared down upon the city.

"Kev, are you microdosing?" I asked him.

"No," I replied, watching light dance on the lake below. "But I sort of wish I was."

That's also how I felt as I listened to an advance copy of the Dead Shakers' new LP, Some Shapes Reappear. A record bristling with beauty, psychedelic layers of sonic color, indie rock ambience and an overarching grand vision overseen by Bloom, Some Shapes Reappear is easily one of the best sophomore albums I can think of from any Vermont artist.

The Dead Shakers have been a vital band in the area for a few years now, certainly since their debut All Circles Vanish dropped in 2018 to wide acclaim. Operating more like a backing band for Bloom, the Shakers have had a revolving lineup featuring multiple drummers, a cello, microtonally tuned guitars and what seems like half the bass players in Burlington. But at the center of the group is Bloom's studio wizardry and singularly off-center songwriting.

Bloom's idiosyncratic writing elevates Some Shapes Reappear above its predecessor, which is no mean feat. The acid-washed surf rock of "Compost Is the Future (Self)" hits like a cross between a King Gizzard & the Lizard Wizard B side and something Brian Wilson might have written when off his meds. "My Death," which features vocals from local indie rocker Lily Seabird, manages to be both thought-provoking and airy, like a paper airplane soaring through the sky with an obituary written on it.

And the delicate, indie-meets-yacht-rock vibe of "Doing the Dishes" is such a unique brand of pop that I wanted it to be much longer than just over a minute and a half.

Throughout the record, Bloom never lingers in one place too long: The music constantly shifts, conveying a sense of restlessness. Some Shapes Reappear doesn't allow the listener to get comfortable but provides so much mystery and intrigue that there's never a thought about turning back. Bloom all but shepherds the uninitiated into his world of Technicolor dreams, unafraid to lose the thread he never bothered to establish in the first place.

"Writing this record was really different than the first one," Bloom told me, after we had climbed back through the window into his studio. "I know what I'm doing a lot more than I did then, especially in the studio."

Bloom is hardly the first musician to fall in love and immerse himself with a recording studio, but his relationship to SpicY wOrLd informs much of the new record's character.

"During the pandemic, I know other musicians approached my landlord," Bloom told me. "He could have easily rented to all sorts of other people who were able to pay a lot more than I could, but he never did."

To further complicate things, Bloom was laid off during the pandemic, exacerbating his fears of losing SpicY wOrLd. His landlord let him pay rent as he could, allowing Bloom to continue working on Some Shapes Reappear.

"It was huge," Bloom said. "I'm not sure how many other landlords in town would have done that."

With his studio secure, Bloom was able to craft an album to his specifications. He solidified the band's lineup, which includes Vincenzo Sicurella on synthesizers, Jeremy Mendicino on bass and vocals, and Brenden Provost and Zack James on drums. Bloom also brought in other local musicians, including Seabird, Ezra Oklan (Matthew Mercury, Dwight + Nicole) and Lauren Costello (ouzkxqlzn). He was also able to take the time he needed to craft dense, psychedelic layers.

"It's an amalgamation of hundreds of guitar tracks all glued together," he added, "more tracks than there are seconds in the song itself!"

For all the cherubic smiles and bohemian casualness surrounding the Dead Shakers' music, Bloom knows he has leveled up with this new album, a truly riveting, gorgeous collection of music. To herald its release on Friday, September 23, he has been posting a video a day on the band's YouTube page. In fact, he plans on shooting and releasing a video for every single track on the LP.

"We've progressed as a band," Bloom asserted. "I'm not sure I can say exactly how, but I can hear it, and it's really special." 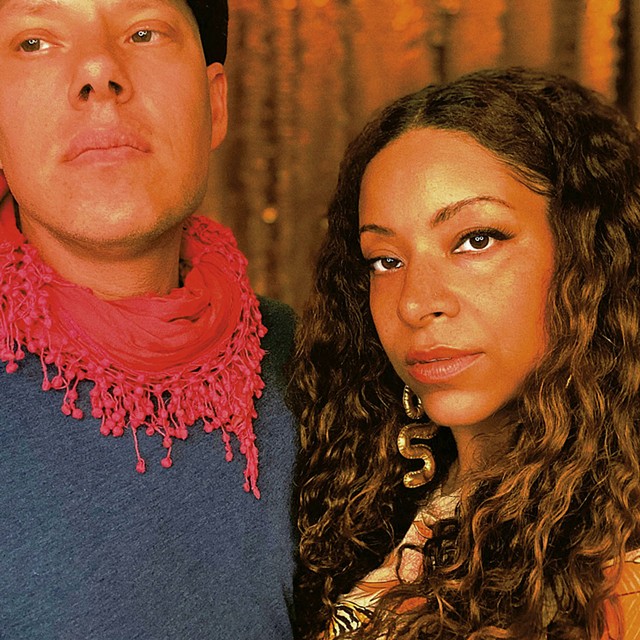 September has seen a torrential downpour of new Vermont music. The best part is, most of these new singles are advance releases before full albums drop in October, so there's plenty more to come!

First up is blues and soul act Dwight + Nicole's latest single. "Angel," recorded at Ocean Sound studio in Norway, finds the group in an emotional and reflective mood, as singer and bassist Nicole Nelson's powerful, yearning vocals show empathy for those who have to say goodbye to recently departed loved ones.

The single is the first release from the band's forthcoming LP, The Jaguar, the Raven & the Snake, which is out on October 21. "Angel" is due out this Friday. But you can hear it a night early this Thursday, September 22, when Dwight + Nicole play at Higher Ground's Backside 405 series, supporting Houston soul act the Suffers.

Northern Vermont Americana outfit the Maple Run Band are releasing their sophomore record in November, titled Used to Be the Next Big Thing. According to the band's press release, the album is a concept record of sorts, "a collection of short stories about the average everyday woes that wear us down as we progress through life," wrote front person Trevor Crist.

In anticipation of the upcoming record drop, the Maple Run Band will release "Tears of a Fool" this Thursday as an advance single. The song, which is the first of three advance singles, can be streamed or downloaded at maplerunband.com.

Fresh off of winning this year's Seven Daysies award for Best Vermont Hip-Hop Group, Winooski's own A2VT are back with a new track. "Clear the Way" dropped on September 15, accompanied by a music video and release party at Manhattan Pizza & Pub in Burlington.

According to a press release, "Clear the Way" is about "making space for success" and clearing obstacles to feeling good.

"We really wanted to celebrate moving forward after a long time of being held back by so many limitations and to just have fun again," lead singer and founding member Jilib wrote.

The group has seen some lineup changes during the pandemic, adding new members R.O.D., Draken Jasper and Abizo. "Sometimes, you just have to pick up the pieces and carry on," Jilib added.