Soundbites: Thank You, Thank You

Thank You, Thank You

The Thanksgiving week Soundbites used to terrify me. Like, keep-me-up-at-night kind of terrified. Why? Because this is one of the few weeks of the year in which I'm genuinely strapped for stuff to write about. Because of the holiday, the local music calendar is typically pretty thin this week. And the shows that are happening tend not to be of the stop-the-presses variety. That's not to say the bands playing in town this week aren't worth your time. Just that there usually aren't enough of them to eat up more than a fraction of my allotted word count — even given my well-established powers of wordy bullshitting.

But necessity, as they say, is the mother of invention. A few years back, I started using the Thanksgiving column as a vehicle to muse on the many things we should be thankful for as fans, supporters and active participants in the Vermont music scene at large. Lo and behold, it's become one of my favorite columns to write. So much so that I usually have another problem: 1,200 words has become inadequate. There is that much to be thankful for. So, without further ado...

I'm thankful for Nectar's. Yeah, yeah. I know, I basically wrote a 4,000-word love letter to the club masked as this week's cover story. But in doing so, I realized that I am sometimes guilty of taking the joint for granted — as are many locals, I suspect. That's a by-product of it having been around for so long and being such a part of the fabric of life in Burlington. It's like walking by the lake every day and then stopping one morning to marvel at just how gorgeous it really is. Because sometimes you forget. But that club has played a significant role in my life since I was a teenager. It was an honor to dig into its history.

On a related note, I'm thankful for archivists. Kevin Shapiro, the Phish archivist, has curated the entire run of 40th-anniversary shows at Nectar's. Before each show, he speaks to the history and context of what the audience is about to see. It's fascinating stuff. He was also helpful in researching my cover story, which was important since so much of it depended on the recollections of those who were there in the early days. And who may or may not have been drunk at the time. So here's a note to the current crop of club owners, musicians and promoters: Save stuff. Take pictures and write things down. Someday, you'll be glad you did. Because you never know when some reporter might come snooping around to write about a milestone anniversary.

I'm thankful for Natalie Miller and Nathan Hartswick. Their new laugh factory, the Vermont Comedy Club, opened last week with the 2015 Vermont's Funniest Comedian contest. I was in the house for the semifinals on Friday. It was packed. It was hilarious. And it was, truth be told, kind of emotional.

Amid the jokes about online dating, race, sexuality, parrots and penises, I found myself swelling with pride for the couple. It's not often you get to actually witness someone realizing a dream. And that's what happened the moment VCC opened.

But the club is just the physical manifestation of that dream. Behind the scenes, Miller and Hartswick have been building something far greater than a brick-and-mortar space. Of the 20 semifinalists I saw — chosen from a pool of 60 contestants — I had previously seen maybe half, which both surprised and delighted me. Many of those likely came through the couple's comedy classes. And all were products of the network of showcases and open mics the VCC organization has curated over the years.

Imagine if you could be there at the moment music in Burlington coalesced into a scene. When music here went from a handful of bands playing dingy, no-name bars to a vibrant community in which scads of talented people encouraged and challenged each other to get better, and local music became a thing. Because that's essentially what we've seen Hartswick and Miller do: give birth to a scene. Building on the efforts of people like Josie Leavitt and Kathleen Kanz, they have worked tirelessly for years cultivating a community and a culture where there really wasn't one before. That truly amazes me.

Oh, and congrats to Kendall Farrell for winning the contest, and to finalists Anya Volz, Sami Schwaeber, Mike Thomas and Tim Bridge. I'm glad I didn't have to judge that thing. Based on what I saw, it would have been impossible to choose.

As a product of the era myself, I'm thankful the dream of the '90s is alive in Burlington. I can't wait to see High Water Mark, Bill Simmon's documentary on the Pants — a legendary local band and still one of my all-time favorites, local or otherwise. I was also tickled to dig into The Carlisle Sessions, the new record from 1990s BTV alt-rock stalwarts Eef. Read Jeremiah Johnson's review on page 71 for a deep dive on that. And then go see the band at ArtsRiot this Friday, November 27, with Astrocat and the Mountain Says No.

I'm thankful Burlington is such a welcoming place. While I was at the Unknown Blues Band reunion at Club Metronome last week, I was struck, as I often am, by how much I enjoy watching Dwight & Nicole — two of the several artists filling the shoes, as it were, of Big Joe Burrell that night. Then it occurred to me: They haven't really lived here all that long. But doesn't it seem like they've always been local? Burlington has kind of a transient population, so bands come and go all the time. But acts like Dwight & Nicole — already established and relocating to BTV — are decidedly more rare. That it seems they've been here all along is a credit to just how cool they are, but also to the nature of Burlington itself.

I'm thankful that people here care enough to help others find reasons to be thankful. On Thanksgiving night, local house DJ Craig Mitchell is hosting a free Thanksgiving potluck at the Monkey House, for anyone who's hungry or maybe just a Turkey Day orphan this year and could use the company. In Montpelier, Charlie-O's World Famous hosts its free annual dinner for anyone who wants to show up. And on Black Friday at Nectar's, three fun local bands, Coquette, Seamus the Great and Swillbillie, host a toy drive/rock show for Toys for Kids of Vermont. There's no cover if you bring an unwrapped, unopened toy. 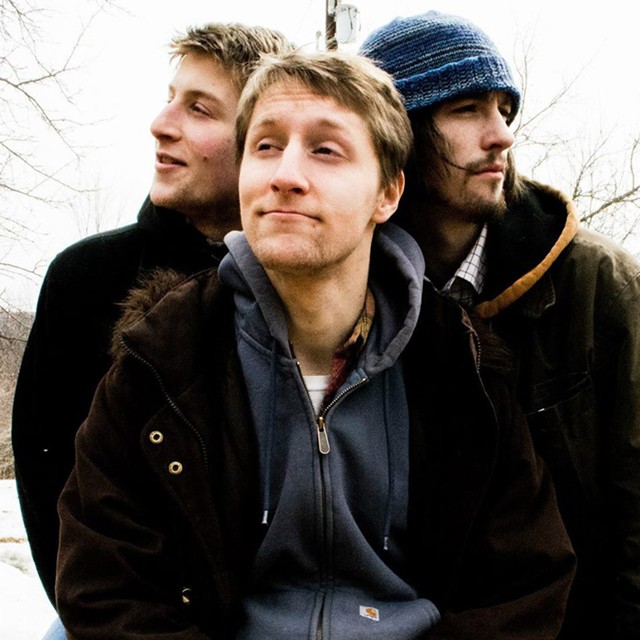 Last but not least, I'm thankful for you, Seven Days readers. It's not lost on me how special it is to make a living listening to music and telling people what I think about it. But that doesn't happen if two important things aren't already in place. One, there has to be a diverse and exciting scene filled with talented and creative people. Two, there has to be an audience that cares deeply and passionately about what happens in said diverse and exciting scene. You do, and for that I can't thank you enough.