Soundbites: Special Thanks and a New Events Series in Warren

Greetings to you all on this fine Thanksgiving week! Whether you're reading this column on Wednesday, the day it hits the streets, or Thursday night post-turkey or even post-Black Friday, I want to take a minute to give a few thanks and shout-outs to some deserving people, places and things. To avoid being too cheesy or earnest, I'm going to keep this brief.

One thing for which I'm thankful is the plethora of places to perform in and around the Queen City. Venues have been popping up all over the place. From new kids on the block Deli 126, the Old Post and the Double E Lounge to slightly more established spots like SideBar and Foam Brewers, this abundance is a boon for local and touring musicians alike and should not be taken for granted.

I'm grateful for the bounty of albums Seven Days has received this year. As of this week, we've reviewed more than 100 local EPs and LPs in 2018 alone. But here's the really wild part: We still have approximately 45 records waiting their turn. Don't get me wrong. This is a very good problem to have. From my perspective, too much art is far better than not enough.

Unfortunately, it's not possible to write about everything we've received this year in a timely fashion. Or at all. But we're doing our best.

Local music folks at large: I'm thankful for your flexibility. Seven Days staffers can have unpredictable schedules. But I can't think of a time when someone — promoter, artist or some other music professional — hasn't been able to make time for me when I'm checking up on an upcoming event or project. I wouldn't be able to do what I do if you all weren't out there doing what you do. So, thanks a million for always wanting to work together.

OK, I think I need to stop here before I let myself have any more feelings. Besides, a few other things are worth your attention this week...

One of those things is what to do on Thanksgiving. Despite the overall trend of closures in observance of the holiday, there are a few places to get down on Turkey Day.

Karaoke lovers in Burlington and Plattsburgh can sing their hearts out at JP's Pub and Olive Ridley's, respectively. Kudos to both watering holes for staying open just so people can belt out "I Will Survive" and "The Gambler" while their bellies are full of mashed potatoes and gravy.

On a regular Thursday night, you can catch Craig Mitchell spinning tunes at Finnigan's Pub. But he'll be on the scene at the Monkey House slinging home-cooked eats. I happened to stumble into one of Mitchell's smorgasbords a couple of Christmas Eves ago at Half Lounge, and, let me tell you, the man not only does an uncanny imitation of Prince, he also makes dope comfort food. In other words, leave room for a second dinner.

Also, start your day off right by tuning into DJ Llu's "Turkey Request Live" broadcast on WRUV 90.1 FM. The all-request block is the one time of the year when the University of Vermont radio station waives its strict policies regarding what music can and can't be played. Basically, as long as the track isn't full of FCC-violating language, it's fair game. Tune in from 9 a.m. until noon — aka the meal prep hours. 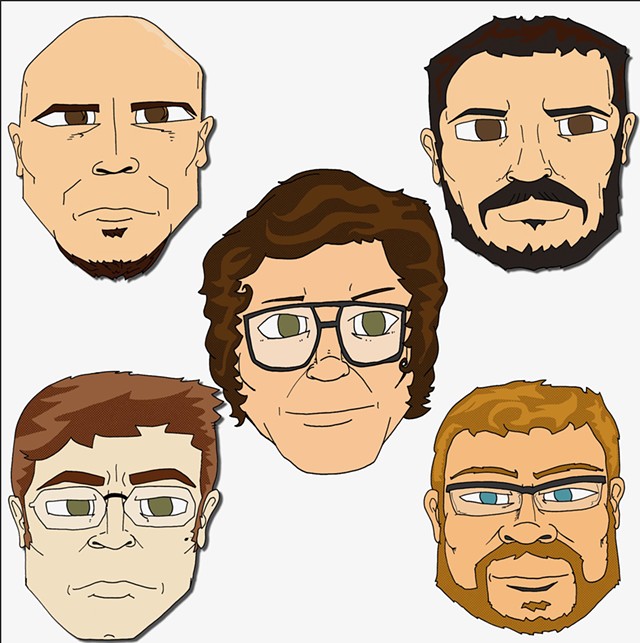 Given the likelihood you'll be spending the weekend with family, you might be looking for some entertainment that appeals to multiple generations. If so, consider popping over to the Essex Cinemas on Saturday, November 24. The Garcia Project, one of the top Jerry Garcia Band tribute acts, takes over the Double E Lounge — specifically, the massive T-Rex Theater — for a night of Americana goodness.

On Friday, November 23, consider checking out the assemblage of Clint Bierman, Steve Hadeka, Joshua Panda, Andrew Moroz and Alex Budney at Nectar's in Burlington. With this cast of talented players, you don't even need to know exactly what they'll be getting up to. This is a 21+ event, so your underage siblings, nieces, nephews and l'il cousins will have to sit this one out.

Hear ye, hear ye: A new music series hits the Mad River Valley on Saturday, November 24. Hostel Tevere hosts the ongoing series, which hopes to bring in not only local acts from around the state, but also regional and touring acts.

First up is Montréal-bred rockabilly sensation Bloodshot Bill. The one-man band headlines the inaugural event, with support from the Benevolent Tarots. Rounding things out are the Brand New Luddites, who seem to have (at least momentarily) stepped away from their ongoing feud with the Tsunamibots to rock the eff out on their own.

The series continues through the winter. Upcoming acts include Savage Hen, Miku Daza and the High Breaks.

Archive, "Cloud in the Sky"