Have you ever been told something, like, a really big something, and then immediately been sworn to secrecy for an indeterminate amount of time? It's the worst. OK, illness, war, famine. Those things are worse. But holding on to a really cool secret, when all you want to do is tell everyone you know, is an exercise in torture. That's especially true when your whole friggin' job is essentially telling people about cool things.

Well, I've been holding on to one particularly exciting bit of news for what seems like a year now. And I can't keep it in anymore. I'm gonna burst. So I'm going to tell you something now. But you have to promise to keep it yourselves. And you didn't hear this from me, m'kay?

Nathan Hartswick and Natalie Miller are opening a comedy club in downtown Burlington.

In truth, the Spark Arts and Vermont Comedy Club cofounders' plan to open a comedy club has been the worst-kept secret in Vermont next to Bernie Sanders "maybe" running for president. Miller and Hartswick have been in the planning stages for about two years now, and certain folks in the local comedy scene have known about it for a while. Still, local comedy's First Couple has managed to keep a lid on their intentions, to a degree, and to keep the general public in the dark. Actually, maybe that last part wasn't so hard.

"I still get people who tell me they didn't even know there was a local comedy scene," says Hartswick recently over coffee, seated beside Miller.

(That sound you hear is me repeatedly slamming my head against my desk as I think about how many times I've encouraged you to check out local comedy over the past few years.)

This just in: There's a local comedy scene, people. It's good. It's more popular — and populous — than ever, and everything indicates it will continue growing and thriving.

Through Spark and VCC alone, Hartswick and Miller produce more than 200 improv and standup comedy shows per year at venues all over Vermont. Dozens of other promoters throughout the state organize comedy nights everywhere from village town halls to cafés in Barre to nightclubs in Burlington. There is an appetite for comedy in Vermont. Increasingly, there is an abundance of talent eager to satisfy that craving. All that's left now is to give comedy a permanent home.

"We're not crazy," Hartswick says. "OK, maybe we're a little crazy. But we're not stupid. If we didn't really believe the area could support a comedy club, we wouldn't be doing this."

At this point, you may be saying to yourself, "Hmm. Didn't we already have a comedy club? And didn't it go out of business? Are they stupid?"

No, they're not. But yes, there was a comedy club in Burlington. Said club was called Levity, and it did indeed close last year after a valiant but short run.

Asked about the now-defunct laugh factory, Hartswick is quick to praise Levity. "It was great," he says. "It gave local comics a place to get stage time and hang out together, which is invaluable." But, he adds, the club's cozy confines were a limiting factor. It wasn't large enough to host bigger-name touring acts that would draw audiences of "regular people" — i.e., not comedy nerds. And, because Levity's space hadn't been designed as a performance venue, it was tough to settle on the right stage setup. So here's Hartswick and Miller's solution: Go big or go home.

The Vermont Comedy Club — which will be a comedy club, in Vermont — will be a 250-seat venue specifically designed by an architect as a multiuse performance space. For comparison, that's about the size of the Higher Ground Showcase Lounge. It will be in the heart of downtown Burlington. I can't tell you where, exactly — that part is still a secret, since lease negotiations are ongoing as of this writing. I can tell you it will be prime real estate.

Hartswick and Miller plan to diversify the club's offerings to create multiple revenue streams. There will be a lounge separate from the club where patrons can hang out and get drinks without seeing a show. The space will also house classrooms to accommodate an expanded menu of Spark Arts classes. Currently, Miller and Hartswick are at capacity with the teaching load at their South End studio. They're turning people away. The new space will enable them to add classes and teachers, all of which should feed back into fostering interest in comedy — which should help put asses in those 250 seats. Also likely to aid with that last part: VCC will have nationally touring comics performing multiple sets on weekend nights.

Booking big-name standups on weekends is tricky for rock clubs. Because they're rock clubs, they like to have, y'know, rock on weekend nights. But to make the money work for, say, the Todd Barrys and Tig Notaros of the world, you need to be able to host multiple shows on the same night and turn the room over. Otherwise, you lose money on the deal. That's where VCC will have an advantage. The club will round out its five-to-six-night-a-week schedule with an assortment of local improv and standup showcases.

VCC has no definitive opening date yet. But Hartswick and Miller hope to be up and running by spring of 2015, just about in time for the joint to host the next Green Mountain Comedy Festival in May. 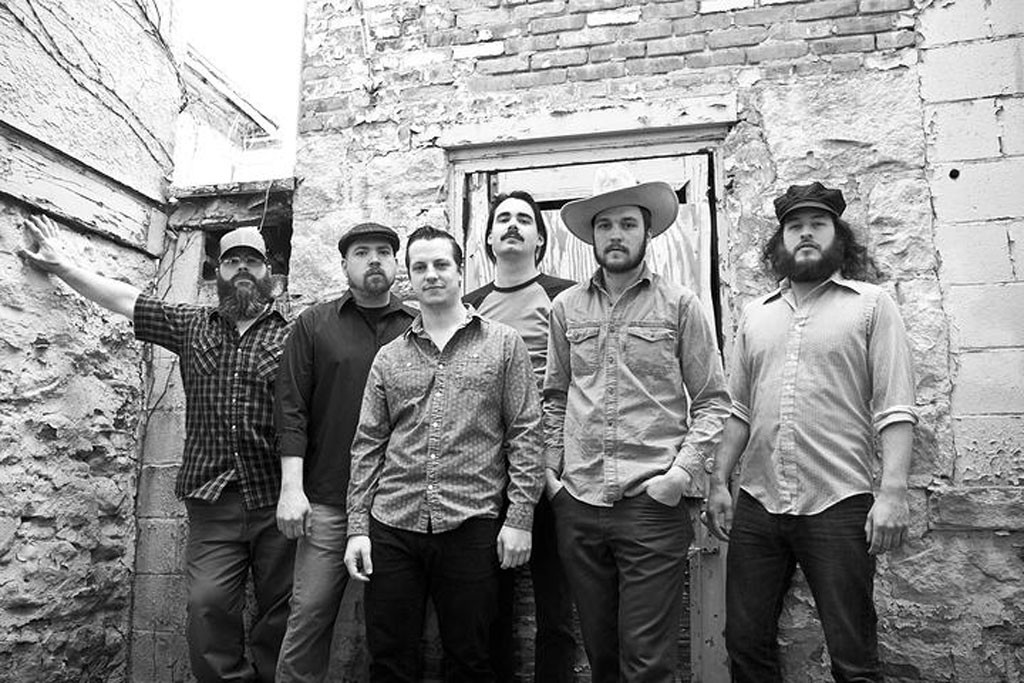 In other news, this is a music column!

Are you heading to see Pennsylvania bluegrass bad-asses Cabinet — whose banjo player, Pappy Biondo, actually lives in Vermont and regularly drops by the Sunday bluegrass scrambles at the Skinny Pancake in Burlington — at the Higher Ground Showcase Lounge on Wednesday, October 22? Then show up a little early for once, would ya? Rockabilly stalwarts the Starline Rhythm Boys are opening. But because guitarist Al Lemery can't make the gig, the excellent Teddy Weber of the Wiyos — who also lives in VT now, BTW — will fill in on guitar.

Blues, booze and barbecue go together like, well, blues, booze and barbecue. If you're a fan of any of those things, you'll want to be at the Rusty Nail in Stowe this Saturday, October 25, for the Stowe Blues, Brews and Barbecue night. In addition to locals such as the Al Moore Blues Band and the ever-ascendant Dave Keller, you can catch heavyweight favorites Luther "Guitar Junior" Johnson and British guitarist Matt Schofield. Also, beer. And BBQ.

Last but not least: Not naming names, but let's say you run a bar that hosts live music, maybe on a popular thoroughfare in downtown Burlington, and you also have TVs. Would it be too much to ask that you turn off said TVs when they are within, say, three feet of the stage while a band is playing? Just spitballin' here, but most of your patrons probably didn't pay a cover on a Saturday night to watch reruns of "SportsCenter."

The original print version of this article was headlined "A Guy Walks Into a Comedy Bar. In Burlington."