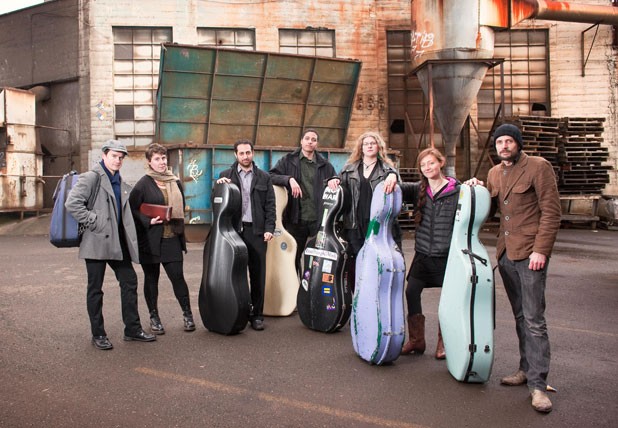 It’s kind of a strange late-summer week, music-wise, here in the People’s Republic of Vermont. A lot of the summer’s marquee events — Jazz Fest, the Lake Champlain Maritime Festival, insert multiday backwoods fest here, etc. — have come and gone. And though the first chilling tendrils of fall can be felt creeping in around the region, we’re still a week or more away from traditional end-of-summer fun like the South End Art Hop and Grace Potter’s Grand Point North Festival. Though one of my personal favorite pre-fall events, the Champlain Valley Fair, does kick off this weekend. What can I say? I’m a sucker for cheesy pop-country bands, has-been rockers, giant vegetables, pig races and deep-fried Oreos.

Anyway, the impending season change leaves this music columnist feeling a little down. The end of summer is like a Sunday afternoon. Sure, it’s relaxing. You’ve got nothing to do but laze around and maybe catch up on a good book, or tip back a cold one on the deck. But in the back of your mind, you know Monday is right around the corner.

One of the best ways I know to combat that unease is to throw my trusty iTunes library on shuffle and see what comes up. And, given my eclectic tastes combined with all the weird shit you people send me, doing this with my music library is like musical Russian roulette. So along those lines, I thought we’d try putting Soundbites on shuffle this week. Fair warning: This could get pretty random.

Speaking of the fair, the J. Geils Band is playing the grandstand stage this Sunday, August 26. Did you know that it’s virtually impossible to whistle the melodic hook from their hit “Centerfold,” and then whistle the oddly similar theme song from “The Smurfs”? Go ahead, try it. (I warned you…)

The city comes to the country this weekend at the Big Picture Theater in Waitsfield for the Urban Arts Fest. The three-day event — Friday, August 24, through Sunday, August 26 — celebrates hip-hop-related art forms, including graffiti, slam poetry, rap and dancing. Expect lectures, workshops and film screenings as well as live performances from a number of dance crews and a freestyle dance battle. For more info, check out bigpicturetheater.info.

Sticking around the Mad River Valley, the mysteriously named, third annual Vermont Music Fest gets under way this Saturday, August 25, at the Lareau Farm Inn in Waitsfield. The daylong showcase — which is a music fest in Vermont, apparently— features a nice lineup of local talent including the Eames Brothers, Gordon Stone, Afinque with Miriam Bernardo, Abby Jenne & the Enablers, and Vorcza, among many others. The fest — which I’m told is in Vermont and has music — is also a benefit for the post-Irene cleanup group Mad River Long Term Recovery.

Total aside: Am I the only one who tends to fall asleep whenever the term “conscious music” gets thrown around?

One thing I love to do at a baseball game — aside from drink beer and, y’know, watch baseball — is pay attention to what batters choose as their walk-up music when they’re coming to the plate. You can tell a lot about someone based on that 10 seconds of music. And I spend entirely too much time thinking about what my intro music would be — had I not sucked at baseball. My current top three: “The Imperial March” from Star Wars; “The Good, the Bad and the Ugly” by Ennio Morricone; and “Kill Your Idols” by late BTV hardcore band Slush.

Burlington comedy club Levity Café is venturing into the music biz … sort of. In an effort to flesh out the weekly calendar, the club is test-driving a music open mic on Tuesdays, beginning this week. Not only that, but this weekend’s slate features two musical comedy showcases, Friday, August 24, and Saturday, August 25, including the sonic stylings of Bob & Jacqui, Antennae Wilde, Nathan Brady Crain, Kyle Gagnon and Alex Nief. And if you want a sneak peek of those shows, look up Nief’s video for his song “Lift,” performed at this year’s Higher Ground Comedy battle, on YouTube. You’re welcome.

Did you know that Lonely Island’s Andy Samberg, before he went on to fame on “Saturday Night Live,” starred in a James Kochalka Superstar video? True story. Samberg played the titular Monkey in a video for JKS’ “Monkey vs. Robot” while he was an experimental film major at NYU.

Ever wonder what Kanye West and Jay-Z’s “Niggas in Paris” would sound like played by a cello ensemble? Wonder no more. The Portland Cello Project, which is best known for its classical treatments of everything from LiL Wayne to Suicidal Tendencies — and that Kanye/Jay-Z cut, though they call it “Ninjas in Paris” — play the BCA Center in Burlington this Friday, August 24.

Perhaps you’ve seen flyers around town for the Triple Stax-presented US Open of Hip-Hop and BTV Skate Jam set to take place at Speaking Volumes in Burlington this Saturday, August 25. And perhaps you thought, Gee, looks cool. But shouldn’t the US Open have more national acts? That’s a fair point. But mild overhyping aside, the showcase is intriguing and features a wealth of local and regional underground hip-hop talent, including Wombaticus Rex, MC B-Free, Colby Stiltz, A2VT and New Hampshire’s Adeem, among numerous others. There will also be body painting courtesy of the Human Canvas, skateboarding and something called fire flow — which I assume involves rapping whilst set ablaze. But I’ve been wrong before.

Rock PR Tip o’ the Week: As I believe I’ve written previously, my biggest rock PR pet peeve is any time an artist is referred to as “the next (insert absurd comparison to a rock legend here).” (This is just in: There is no such thing as the next Bob Dylan. We already have one and he’s pretty good, thanks.) Anyway, there’s a new contender for the overused PR crutch: any use or variant of the phrase “a sound all their own.” Typically, the line goes something like this: “The Unimaginative Band meld a mix of influences from artists as wide ranging as Radiohead, Yanni, Skrillex and the Spice Girls, but — here it comes! — with a unique sound all their own.” Ugh. I bring it up because, whilst painstakingly compiling another round of club listings, I noticed the phrase, or something like it, no fewer than four times describing various acts playing in Vermont this week. No, I won’t call out those bands in print. But if in your travels this week you hear something that sounds suspiciously like it’s a “sound all their own,” it probably isn’t.

This just in from the Dept. of Really, Dan Bolles?: Last week’s lead column bit about the Smittens included a total brain fart. Namely, that David Zacharis lives in England. He doesn’t. That’s actually Max Andrucki who resides across the pond. My bad, Smittens.

The Slackers, The Question