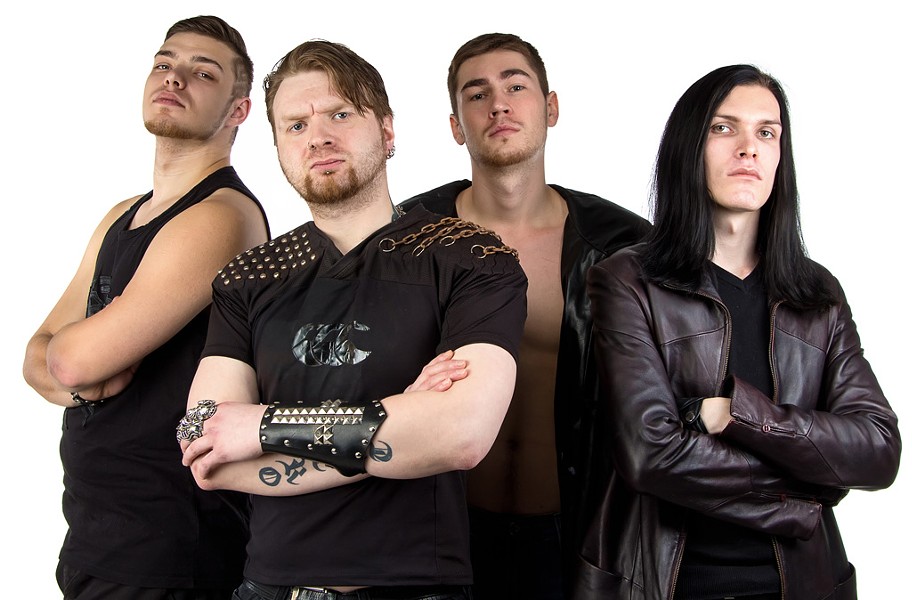 Every few weeks or so, I'm approached by some local musician or another looking to crack the mysteries of band promotion. While the specific questions vary and touch on myriad aspects of band-press relations, the bottom line is always roughly the same: How do I get the media to notice me?

It's a valid and important question. Love it or hate it, music media — newspapers, blogs, TV, radio stations — play an important role in disseminating news and opinions. While it's true that you can now access almost any music you'd ever want to with the click of a mouse and make up your own mind on it, you still need to find that music amid an overwhelming flood of options. In that sense, you could argue that the role of curators and tastemakers has never been more critical.

There's an overabundance of music out there. Finding people whose tastes you trust to parse it is huge. And if you're a musician, knowing how to deal with those gatekeepers — DJs, critics, bloggers, etc. — can go a long way toward getting your music to the people you want to hear it. In most cases, that process starts with a press release.

Recently, I was asked by a well-known local artist looking to break out beyond the Burlington bubble for some tips about writing effective press releases. This person's band has pretty much reached the apex of local popularity. Taking the next step means pitching regional and national media for attention. That's a daunting task, and requires a bit more savvy than simply emailing your friendly neighborhood music scribe at the local rag about your gig at the Monkey House.

What follows is a modified version of what I sent that artist. If you're not a musician, I apologize that this week's edition of Soundbites might not do much for you. I admit it's a little inside baseball. But given how often I'm asked about this stuff, I sense there's an interest among our musician population about how to do it better. And I'd like to help.

So, with that, here are seven dos and don'ts for writing better press releases, based on my years of experience sifting through this crap, er ... reading them.

1. Keep it short. I don't need to know your whole backstory. No one really cares how you met unless it's a truly unique story, and most aren't. I also don't need to read 50 hyperbolic quotes from every blog that's ever mentioned you. Tell me who you are and what you do. Include two or three press clippings, tops. These should be flattering, obviously, but also reasonably accurate and from established sources. (The only person who is impressed by that ridiculously glowing review comparing you to Arcade Fire on your friend's blog is your mom, and even she is secretly suspicious.)

2. Make it clear why you're contacting me. If it's for a big show, put that info right up front. (And for the love of all things holy, be sure to include the date and venue. Don't make me search for that.) If it's for a new record or a cool video, lead with that. In other words, don't bury the lead.

3. No attachments. I don't want to have to open a weird Word 97 or Text Edit file to figure out if I'm interested in what you're pitching. The press release should be the body of the email. The only exception to the "no attachments rule" — which also comes in handy in dating ... hiyo! — is for high-resolution photos. But better yet...

Here's a dirty little media secret. You probably see certain bands' pictures in 7D more often than others. That's mostly because those bands do cool things and make cool music that I think you should know about, so they get more ink. But there's another factor in play. Are you sitting down?

It's because they have high-quality images that are easily accessible to the press. Shocking, right?

I'll still write about bands that don't have good photos. (If you're good, you're good, and I want my readers to know that.) But if I'm in a deadline crunch for this column or need a spotlight on the fly and have a choice between running a good photo of a well-covered band or scouring Facebook for a grainy iPhone shot from a gig at the Monkey House of Band X, I'm going with the better photo every time. Most music journalists will tell you the same. Having a good, accessible photo — ideally not of you against a brick wall or on train tracks — is one of the most important and overlooked elements of a strong press kit. (Also, don't forget to credit your photographer. They like seeing their names in print, too, and newspapers don't like getting sued when we improperly credit images.)

5. Make some effort, however small, to personalize the press release. Do a little legwork and find out the name and job title of the person you're contacting. ("Hi, Dan!" is better than "Dear journalist.") If you're contacting a journalist specifically, maybe read a recent article or two that person has written to get a feel for the kind of stuff they write and adjust your pitch accordingly. Trying to butter up said writer by mentioning you read their piece on that hot new Afro-Cuban polka-metal band doesn't hurt, either. Journalists are by no means immune to flattery — even if it's fake. More important than stroking egos, that personal touch makes you more memorable. I get about 200 emails a day, and we're a small, local paper. Think about how many emails media outlets in major markets get. Anything that helps you stand out is a good thing.

On a related note, make sure the media outlet you're approaching actually covers what you're pitching. If they don't, you're just wasting your time — and theirs. For example, in New York City, the Village Voice mostly covers established national bands or hot new NYC groups, and not so much relatively unknown regional bands. Brooklyn Vegan, however, is more apt to give (digital) ink to lesser-known but up-and-coming bands. (Just ask Alpenglow and Pours, both of whom were featured on BV last year but aren't exactly household names outside of Vermont.)

6. Avoid hyperbole. I'm not gonna believe you if you tell me you're the next Bob Dylan or the Beatles. (Because you aren't.) So why even try? Also, never, ever use the phrase "a sound all their own" or any of its many variations. It's the most wildly overused line in the PR playbook. And, oddly enough, it usually comes after a whole bunch of hyperbolic comparisons to iconic artists. Here's a fictional example: "[Band X] melds the ferocity of Slipknot with the melodic pop sensibility of Taylor Swift, the songwriting ingenuity of Elliott Smith and the swagger of Kanye West... but with a sound all their own!"

Sadly, that line is not as exaggerated as you might think. I see some version of it every day. (Cut to every music journalist, music director and talent booker in town, or anyone else who reads band press releases as part of their job, nodding solemnly in recognition.)

Just be honest and accurate in your description of yourself and leave the outlandish comparisons to the professionals — which you can later quote in future press releases! See how this works?

7. Proofread. Proofread. Proofread. And then proofread again. Better yet, have a friend whose grammatical prowess you trust look over your press release before you send it out to 300 journalists with your name misspelled or an unintended sexual euphemism in your opening sentence. (You'd be amazed.) Even great writers benefit from good editing.

Does following these guidelines guarantee you'll get press? Nope. A zillion factors go into deciding coverage at any given time, most of which are beyond your control. But armed with an effective and efficient press release, you at least stand a shot of getting a foot in the door.

Over the Rhine, Blood Oranges in the Snow

The original print version of this article was headlined "Press Relief"