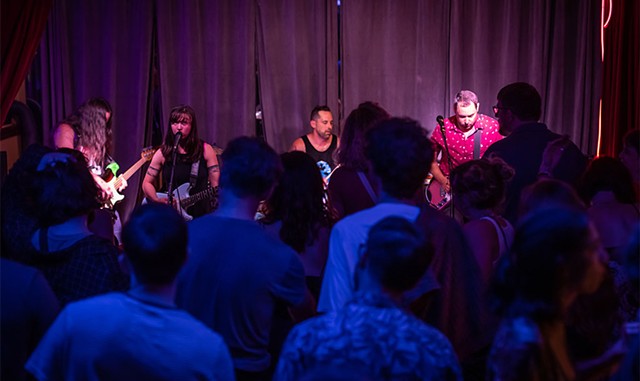 Singer-songwriter Beck once compared time to a piece of wax falling on a termite that's choking on splinters, but I occasionally find time handy to mark certain moments.

I'm nearing the end of my first year as music editor of this wonderful publication. It has gone by in the blink of an eye — and been one of the longer years of my life. Unlike some of my predecessors, I learned some things about the job by contributing as a freelancer, but there have still been all sorts of surprises and challenges.

Perhaps the biggest lesson I've learned is that timing is everything, in the best and worst sense. It was great timing to take the editor gig just as many of Vermont's best artists were preparing to release new music. Every week I received album after album of music that musicians had been hoarding during the pandemic. One of the reasons I began writing record reviews with six selections instead of two was simply to keep my head above water!

That has resulted in the most concentrated listening experience of my life. I honestly can't think of a genre that I haven't come across this year. And that relates to something I've heard from musicians, comedians, drag queens, writers, DJs, former senators, promoters and even clowns: Vermont punches well above its weight when it comes to creative output. I'm truly in awe of the volume and quality of music coming out of our little scene.

On the flip side, the timing of my music editor gig wasn't so great, due in part to the pandemic. I get the type of feedback all our music editors have received over the years: Why weren't you at the [fill in the blank] show? It's unrealistic to expect that our music editors would attend every show, every night, notebook in hand.

I do pretty well, if I do say so myself, but I'm not going to lie: COVID-19 has made the whole equation very difficult. Ever since I caught the dreaded virus last October, I've been dodging it like, well, the plague — and trying hard not to spread it. For example, a few weeks ago a person I had interviewed in person called to tell me that they'd tested positive for the virus just a few hours after we spoke. Great! I canceled my plans to see a show at Higher Ground in South Burlington, bought some more tests and hung out at home until I was sure I hadn't caught it.

A week later, another musician I'd spoken with told me they had it, too. Soon after, I learned that the entire cast of a show I was set to preview had caught it. Each time, I had to shut down plans for a few days and make sure I wasn't being a super-spreader, all while missing shows.

Now, when I can make a show, I'm that much more grateful it's even happening. So, to Vermont's musicians who've persevered through such a strange and challenging couple of years: Thank you for keeping at it! It's been surreal and amazing to watch and listen to you refuse to be stopped. And it's truly my honor to document it all. 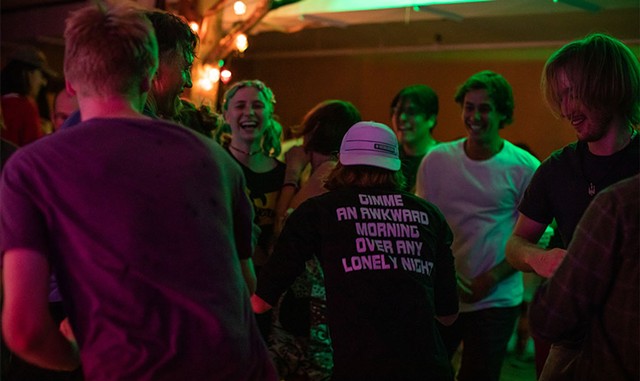 One of Burlington's coolest venues is reaching out to the community for a little help.

Hidden away on the second floor of 19 Church Street in downtown Burlington, Swan Dojo has been a DIY center of dance and music for almost seven years, since owner Lois Trombley took over.

"At first, my focus was only on dance," Trombley wrote by email. "But then live shows at the space became a thing."

While the venue had been known to host a show from time to time, it wasn't really until the pandemic that Swan became a haven for Burlington's music scene. It filled a void for a lot of indie bands struggling to find a venue, and, indeed, it was the first indoor club I visited after the start of the pandemic. I'll never forgot that feeling of joy and relief as I watched the Jesse Taylor Band rip through a set of songs for an audience starved for live music. There was magic in that tiny space that night, a sentiment I've heard echoed by others who've seen shows at Swan.

"Between other venues closing and musicians entering a time of uncertainty for gigs in general, Swan became a hotbed for the revival of this scene," said Raf Soto, a Burlington musician and DIY promoter who often books shows at the space.

Soto asserted that, though the venue has become more and more integral to the scene with an ever-larger calendar of shows, its financial security is far from certain. The danger of Swan "closing its doors to make way for the next bougie tourist clothing outlet or ... jewelry store," Soto said, "is fucking real."

Trombley revealed that Swan didn't qualify for much financial support during the pandemic because most government loans were tied to businesses' profits and losses. The venue had just started to break even before the shutdown. Despite a fundraiser last year, Swan almost closed its doors a few times.

"I guess that was always the vision," Trombley wrote, "to have a team of people all working together but also independently being able to support their art through the dojo."

Trombley wants it to continue as a type of incubator space for the local arts community, as does Soto, who launched a fundraiser to help keep the venue afloat. If you want to help Swan continue to host music and dance, head over to its social media pages for details.

In a statement, Sen. Leahy said: "Music and the arts are fantastic tools not only to enrich our own culture but to facilitate connections between cultures and advance cultural diplomacy. Our bill would help facilitate performances, educational events and cultural programs in communities large and small around the world. I have seen firsthand the power that music has to bring people together from all walks of life, and I am proud to join this effort."

The bill marks Leahy and Tillis' second music-themed collaboration in recent months. In March, they introduced the SMART Copyright Act of 2022, which is designed to facilitate removing copyrighted material from streaming and download sites. Aimed at combating online piracy and broadly supported by the Recording Industry Association of America and the National Music Publishers' Association, the proposed act has generated controversy, prompting Tillis to release a "Myths vs. Facts" list. The never-ending debate about what constitutes a free and open internet continues.

Burlington indie producer and musician Willverine is getting ready to release his latest record: Who Can Wave Me to the Way Out is due on June 12. In anticipation, the local remix king, real name Will Andrews, has dropped a new single. He cowrote "No More Staying Up Late" with frequent collaborator Sam DuPont, aka indie folk artist Blackmer. The song is a slow-burning, reflective piece of music that Andrews said in an accompanying social media post is "about learning to be okay with the decisions you're making and how they affect the people around you." The single is available on all streaming services now.