Soundbites: Rocking Out on Halloween 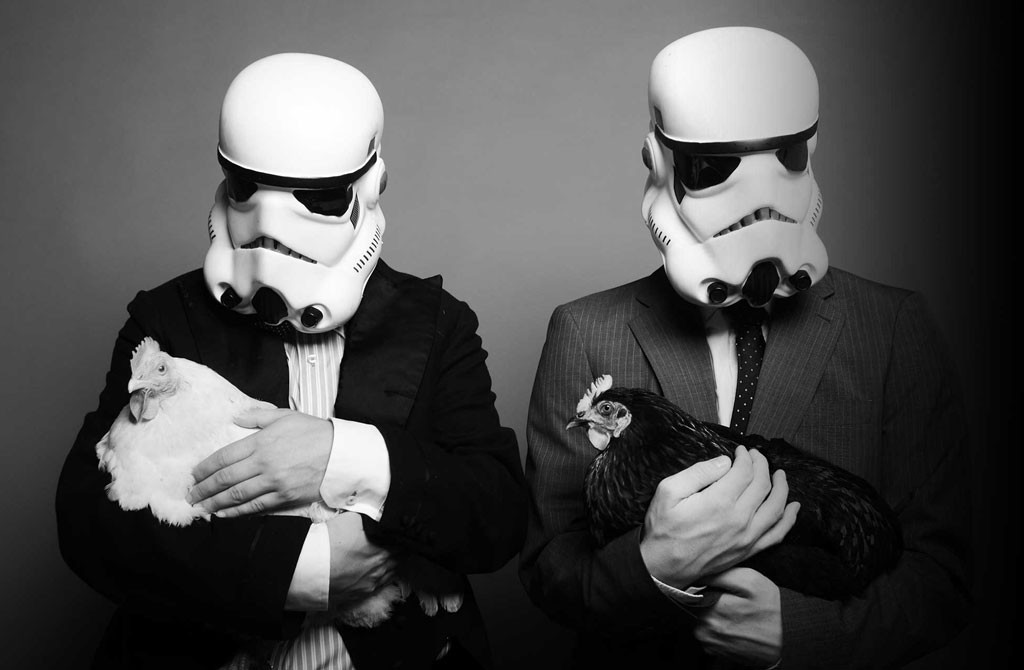 Greetings, guys and ghouls! This weekend visits upon us a rare and frightful cosmic convergence: Halloween ... on a Friday night.

As you'd expect, virtually every joint in the state is celebrating in some fiendish fashion, whether that's simply adding the words "Halloween Bash!" to the usual Top 40 dance night or more creatively screamed, er, themed events. In short, you'll find devilry where'er you go, pretty much Thursday through Sunday. That bloody bounty of options presents a practical question: What to do?

What follows is a selection of some of the choicest cuts this weekend. As always, they come with costume suggestions, because it's probably time to retire your zombie redneck or pregnant nun outfits. (Note: We're mostly limiting these to shows on Halloween proper. So unless otherwise stated, assume each falls on Friday, October 31.)

We begin at ArtsRiot, where the creepy cats from Nectar's and the maniacs from Metal Monday have joined forces with the South End's coolest coven to present heavy metal pioneers Pentagram. For the uninitiated, Pentagram have been around since 1971 and are widely credited as one of the progenitors — along with Black Sabbath, of course — of doom metal, a brutal, sludgy offshoot of heavy metal. The band's harrowing and often tragic tale — and that of deeply troubled bandleader Bobby Liebling — was chronicled in the 2011 documentary Last Days Here. The band recently resumed touring following the release of a 2011 record, Last Rites, composed almost entirely of songs written by Liebling in the 1970s. As such, it embodies a dark, menacing sound that harks back to a primordial era of doom, an era Pentagram helped define. (Costume suggestion: Since Metal Monday always kind of looks like Halloween anyway, I'd say you should dress in business casual, ideally including a douche-y popped-collar polo shirt. Spooooooky.) 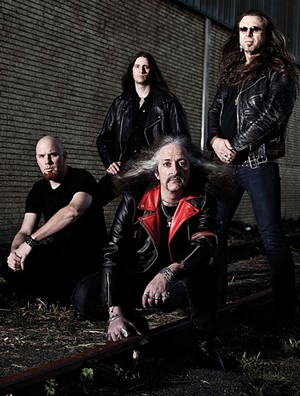 Presumably, one reason Pentagram is playing ArtsRiot is that the House That Phish Built is booked solid all weekend with a two-night encore performance of the Matt Burr-led Pink Floyd tribute act, Dark Side of the Mountain. They play Nectar's both Friday and Saturday, October 31 and November 1. By now, most readers are likely familiar with DSOTM: Nocturnals drummer plus all-star local cast including Bob Wagner, Josh Weinstein, Dan Munzing and Matt Hagen, plus Floyd tunes, plus crazy light show equals "Duuuuude!" (Costume suggestion: A flying pig. Or another brick. In the wall; get it?)

Our old pals Lazerdisk make a Halloween homecoming appearance at Signal Kitchen. Since leaving Burlington some years back, Zack Johnson and Chad Bechard have made quite a name for themselves in electronic music circles. Now based in Los Angeles, they've honed their sound to a danceable, melodic blend of new jack swing hip-hop and future house. Recent collaborations with notable folks include one with Diplo. Locals Bonjour Hi and argonaut&wasp open the show. (Costume suggestion: Daft Punk.)

Here's the column's all-conflict-of-interest section! Cheeky rockers the Dirty Blondes — led by Seven Days art director Diane Sullivan —celebrate their 15th birthday with a Halloween-themed bash at Club Metronome alongside Dr. Satan. That's an early show, which would give you plenty of time to swing by the Monkey House for sets by local sons of Death, Rough Francis — whose front man, Bobby Hackney Jr. designed this very page — and Boston's Death Pesos, which features BTV expat Pete Schluter. Death Pesos, BTW, will be performing Black Sabbath's Paranoid in its entirety. The omnipresent Disco Phantom and a pair of DJing pals will spin as 2 Stoner Chix Featuring Riff Raff in between sets. (Costume suggestion: Dan Bolles. My dance card is already full on Friday, so I can't go to either show. But if you show up dressed like me, I can tell Bobby and Diane I was there, and they'll never know I wasn't!)

For a lower-key celebration of All Hallows' Eve, Radio Bean might be your best bet. Specifically, Brett Hughes will be playing an early set consisting entirely of country death songs — no, not Death songs country-style, though that would be interesting. We're talking murder ballads and the like. In a recent message, Hughes writes that he's made a shocking discovery. Namely, that the guys doing all that killin' — usually related to cheatin' hearts or a spurned proposal — are almost always named Willie. Weird. (Costume suggestion: Hellbilly Willie.)

Off the beaten path, Grottoblaster takes over Goddard College's newly renovated Haybarn Theatre this Friday and Saturday. What is Grottoblaster? I'm not entirely sure, and I think that's partly the idea. Whatever it is, it sounds like fun. Grottoblaster is the brainchild of Cardboard Teck Instantute (CTI) artist collective cofounders Ben T. Matchstick and Pete Talbot. The two-day spooktacular is reportedly part immersive, interactive puppet show, part live video game and part house party. I'm also told there will be a hip-hop cipher featuring "freakstyle" rapping." Got all that? (Costume suggestion: You're on your own.)

Finally, the greatest bar in the world, Charlie O's World Famous in Montpelier, has a ripping punk night on tap for Halloween with sci-fi/surf outfit the Tsunamibots, punk trio Black Rabbit and Massachusetts-based punks the Pity Whores. The Tsunamibots, by the way, are an offshoot of the late, not-really-great-but-super-fun punk band Spit Jack. They bring a welcome note of geekery to the recent surf-rock boom in Vermont, existing closer to Man or Astro-man? than surf godfather Dick Dale. (Costume suggestion: zombie Spit Jack.)

Moving on, the Skinny Pancake in Burlington has a nifty show for, as they call it, "Hangoverween" on Saturday, November 1. It features the return of monster fingerstyle guitarist Maxwell Hughes. Hughes is best known for having logged some time with the Lumineers. But he's really a star in his own right, patterning his distinctive, percussive style after the likes of Kaki King and Australian virtuoso Tommy Emmanuel. And, yeah, he does a version of the Lumineers' "Stubborn Love." 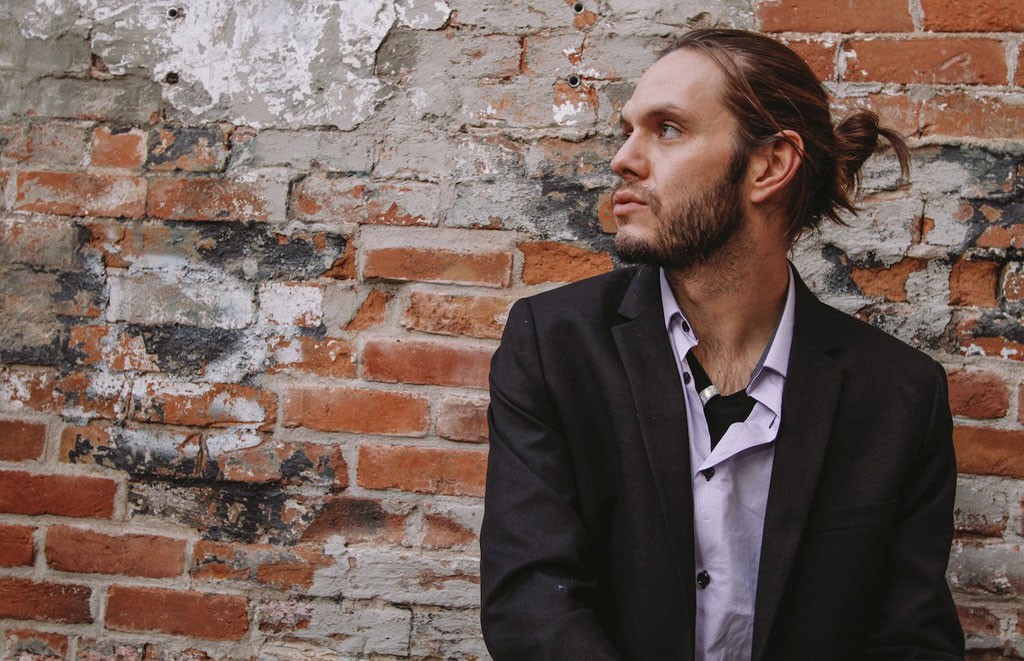 If last week's news about the Vermont Comedy Club got you itching to see some local standup, you're in luck! That's partly because you can see local standup almost every night of the week in one venue or another. (See: Local comedy is for real, last week.) But also because the preliminary rounds of the annual Vermont's Funniest Comedian are set to begin on Wednesday and Thursday, November 5 and 6, at Club Metronome.

Last but not least, perhaps you noticed that the Lonestar Chain are playing a pre-Honky Tonk Tuesday set at Radio Bean on Tuesday, November 4. To refresh your memory, that band is an alt-country side project of Burette Douglas of VT expats the Cush. So you might be wondering, If Burette is here, does that mean the Cush are playing in Vermont again soon?! Indeed it does, dear reader. Indeed it does. More next week...

Portastatic,The Summer of the Shark

Cass McCombs,Big Wheel and Others