If there's one thing the local hip-hop scene has been lacking, it's a good old-fashioned rap beef. I mean, the whole peace, love and unity thing is cool and all. It's just kinda boring. I'm not talking, like, Biggie-Tupac or 50 Cent-Ja Rule level beef. (No violence, please.) But we could use some drama to spice things up, y'know?

Fortunately, the next King of Vermont Rap Battle at Club Metronome this Thursday, March 6, may offer exactly that. As usual, it will feature many of the area's top MCs. But this time around, it will also include two local rappers whose rivalry is reaching an epic level: perennial battle favorite Learic of the Aztext and reigning champ Memaranda.

For years, Learic has widely been acknowledged as Vermont's preeminent battle rapper. He's won or been a finalist in numerous battles in Vermont and is one of few local rappers to make noise at battles beyond the Green Mountains. Specifically, in 2012 he competed at BET's Freestyle Friday competition in Atlanta and did well enough to advance to the second round against national competition. That's no small shakes. And it cemented his rep as local battle giant. But even giants can fall. And at the last KoVT battle in December, Learic did, losing to Memaranda in a final that took three extra rounds to decide. Or "triple overtime," as Learic puts it.

"Yeah, I wasn't happy about the way that went down," says Learic, seated next to his rival recently at a Burlington coffee shop. He doesn't explain exactly why he felt he was robbed. But it's obvious that he does. Normally gregarious, he stares down at the table when he talks about the battle. "It bugged the shit out of me," he says.

Memaranda is a bit more diplomatic.

"When I go into a battle I usually know there's only one rapper in the room who can beat me," he says, nodding at Learic. "This fuckin' guy."

That line elicits a smile from everyone at the table, including KoVT organizer and VT Union MC SIN Sizzle, who says that Learic and Memaranda, along with Habit of Crows, are the "cream of the crop" when it comes to battle rappers in Vermont. The mood lightens further when Learic and Memaranda recall their most recent battle.

By nature, rap battles are confrontational. The goal is not only to freestyle better than your opponent, but to knock him or her off their game. The time-honored method for doing so is to verbally tear down the opposing MC. Both rappers say that when it comes to battle rap, there is no sacred ground.

"I was a little surprised so many people gave you a hard time about your girl last time, though," says Learic.

Memaranda's girlfriend is LC of the Lynguistic Civilians. He says several of his opponents not so subtly suggested that she's the better rapper.

"And I agree," he says. However, he does point out that he bested her the one time they faced off in a battle.

"I probably shouldn't have said that thing about her period, though," he says.

Learic adds he gets ribbed about his partner in the Aztext, Pro, being the better rapper of the two.

Learic likens a battle rap to a boxing match. He says there is a sweet science to the art of the takedown. He sizes up his competition the minute he walks into the room and makes mental notes about potential opponents, looking for weaknesses to exploit.

"I look at what they're wearing, what they're drinking, whose girl is talking to someone else," he says. "Anything I can use I will file away." He adds that he tries to conserve his best material for later rounds.

"You don't want to use up your best stuff too early," he advises. "Because by the time you come up against the best rappers, your tank is empty."

For his part, Memaranda takes a more relaxed approach.

"I don't really put too much thought in beforehand," he says. "I just let whatever flows flow and hope for the best."

It's obvious, even from just a short conversation, that both Learic and Memaranda have a great deal of respect for one another and, personal digs aside, that they genuinely like each other. It's also obvious that the upcoming rap battle is serious business, especially for Learic.

"I hope you're bringing your game," he says. "Because I have been thinking about this every day since the last one. I'm coming after you. You'd better be ready." 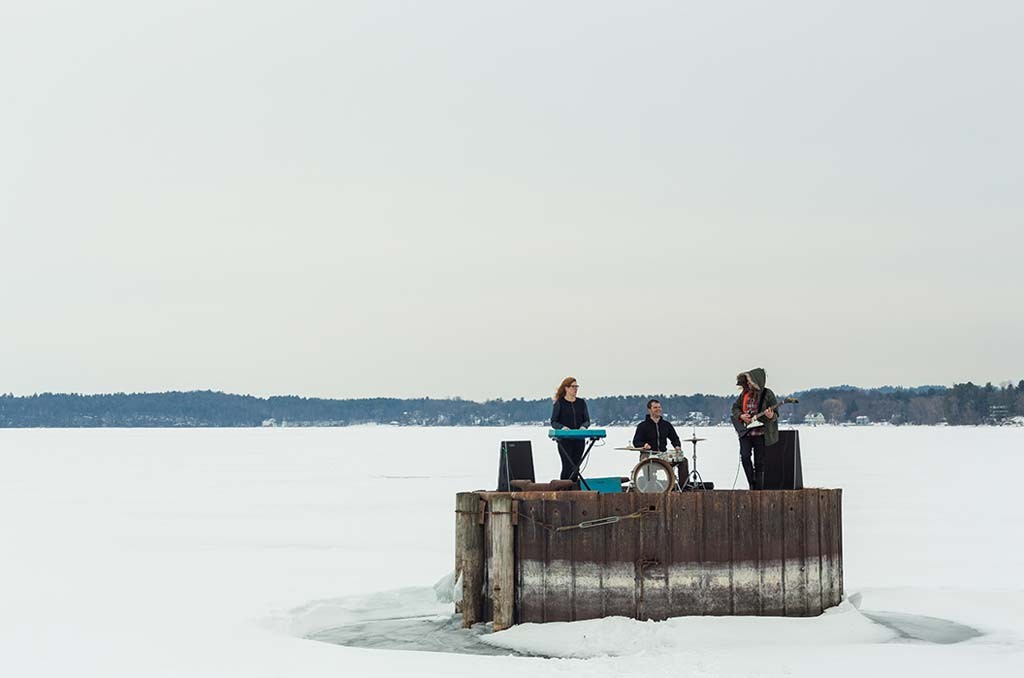 Me and my big mouth.

At the beginning of the year, I wrote my annual predictions column, outlining some local music trends we might see in the year to come. As always, it was a joke. Or so I thought.

That's right. Swell. No word on when the debut performance of Wailin' Spud, another (I presume) joke tribute band I mentioned in that column, will be. But in the meantime, I'm sending Dan Bolles tribute critic Stan Bowls to the Bean to investigate.

Sticking with the tribute beat for a second, care to guess how many Grateful Dead tribute shows there are in the Seven Days club listings this week?

In chronological order, they are: Blues for Breakfast at Nectar's on Friday, March 7; acoustic Dead night with Mike Scarpo at Bagitos in Montpelier on Saturday, March 8; a new Dead cover band, Folks Up in Treetops, at CK's in Winooski, also Saturday; Blues for Breakfast again at the Matterhorn in Stowe, also Saturday; and then the weekly Dead Set with Cats Under the Stars at Club Metronome on Tuesday, March 11.

No offense to any of those bands or their fans, but am I the only one who thinks maybe this is overkill?

Last but not least, this Friday, March 7, the stars will align in a fashion rarely seen in Burlington, especially this time of year. The local music-going public will have some tough choices to make, given the abundance of great options on the docket. They include Swale, as themselves, at Juniper, and intriguing Farm offshoot the Mountain Says No at Manhattan Pizza. And then there is the "official" release party for Rough Francis' Maximum Soul Power at ArtsRiot — I'm using quotes because the album came out a while back, but is being "officially" released by the band's new label, Riot House Records. (Also, Bobby Hackney Jr. ... Seven Days.)

Crazy, right? But the real question is this: Does anyone know if we can clone Tim Lewis?

Amerigo Gazaway, Yasiin Gaye: The Departure (Side One)